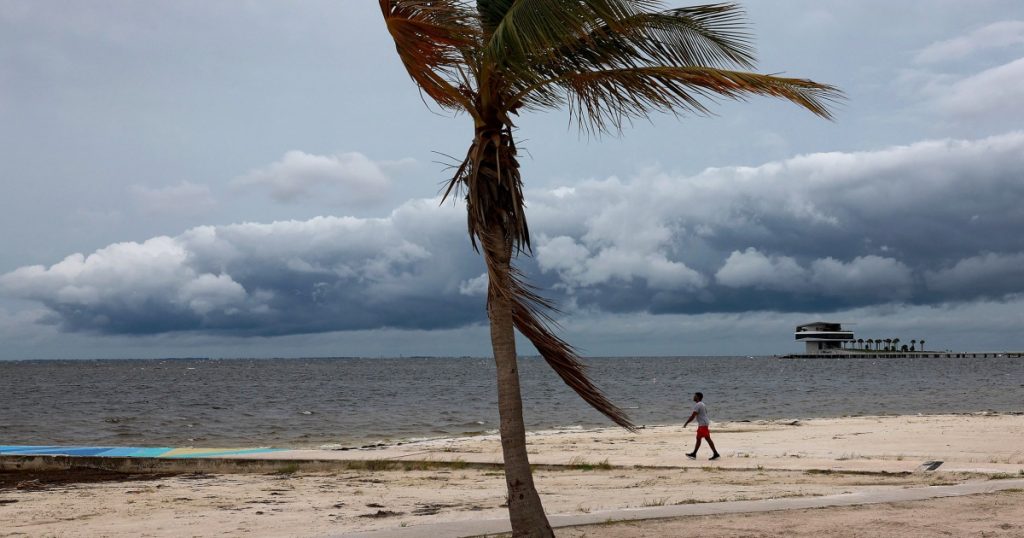 Hurricane Ian strengthened to a powerful Category 4 storm as it bore down on Florida’s Gulf Coast on Wednesday after knocking out power to all of Cuba.

The hurricane was about 45 miles west of Naples by 11 a.m. ET Wednesday, with maximum sustained winds near 155 mph, the National Hurricane Center said.

The center of the storm was on track to approach the west coast of Florida on Wednesday morning and move onshore as soon as late morning to early afternoon.

Storm surge flooding was occurring early Wednesday across the lower Florida Keys, the hurricane center said, while thousands of customers were already without power in an early sign of the storm’s power.

“This is going to be a nasty nasty day, two days,” Florida Gov. Ron DeSantis said Wednesday. “Probably, we think now, it will be exiting the peninsula sometime on Thursday.”

The latest forecast track appeared to show the storm making landfall at Charlotte and Lee counties, south of Tampa, the governor said.

He warned that the storm could hit Florida as a Category 5 hurricane if it strengthened.

More than 2 million people along Florida’s Gulf Coast were under evacuation orders, he said.

DeSantis urged Floridans to stay off the roads and take cover in their homes.

“It’s time to hunker down and prepare for the storm,” DeSantis said. “Do what you need to do to stay safe. If you are where that storm is approaching, you’re already in hazardous conditions. It’s going to get a lot worse very quickly.”

Rain totals of 6 to 8 inches were forecast for much of the Florida Keys and South Florida. Rainfall of a foot to 18 inches was expected for the central and the northeastern parts of the state, the hurricane center said.

DeSantis warned of possible tornadoes that had been spotted on radar and said bridges were likely to be closed Wednesday.

Thousands of people in the southern part of the state had already lost power Tuesday night — a number he said would quickly rise into the millions by Wednesday.

The latest on Hurricane Ian

In Cuba, where Ian made landfall early Tuesday in the western province of Pinar del Río, the entire island of 11.3 million people was without power after the storm damaged its power grid, the country’s national electric service said Tuesday.

The agency said it expected power to be restored Tuesday night and Wednesday morning.

Roads into the areas directly hit by the hurricane remained impassable, blocked by downed trees and power lines, Reuters reported.

“It was apocalyptic,” he said. “A real disaster.”