Hurricane Elsa’s path shifts slightly to the west, away from South Florida 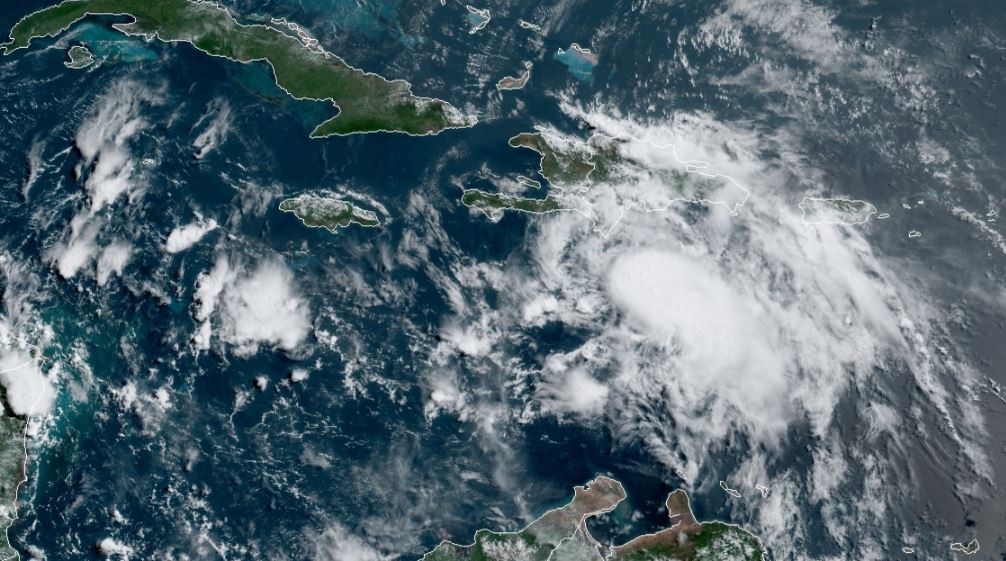 Hurricane Elsa is set to batter southern Hispaniola and Jamaica with heavy rain and high winds on Saturday and Cuba later this weekend, threatening flash flooding and mudslides in parts of those islands.

At the 8 a.m. update from the National Hurricane Center, Hurricane Elsa was 110 miles (175 kilometers) southeast of Isla Beata, Dominican Republic, moving very quickly to the west-northwest at 31 mph (50 kph).

The hurricane has maximum sustained winds of 75 mph (120 kph), with higher gusts, with Hurricane-force winds extending out from the center up to 25 miles (25 kilometers. The minimum central pressure is 999 mb…29.50 inches.

A decrease in Elsa’s forward speed is expected later today and into Sunday, followed by a turn to the northwest on Sunday night or Monday.

Elsa is expected to pass near or along the southern coasts of the Dominican Republic and Haiti on Saturday, and to track close to Jamaica and eastern Cuba on Sunday.

The storm’s forecast cone shifted west, removing almost all of coastal South Florida. But some models still show it striking the region, and the National Hurricane Center said there’s unusual uncertainty in the long-term track.

However, the storm’s rapid pace as it barrels across the Caribbean means it will have difficulty maintaining hurricane-strength winds.

“If one section is moving faster than the other, e.g. in this case the lower level is moving forward at 25 to 30 mph and the mid-level of the same tropical system is moving about 15 mph, then the difference in those winds would shear the chimney and the smoke comes out the bottom of the chimney and the fire goes out,” National Weather Service meteorologist Joel Cline said in an email to the Sun-Sentinel.

After Sunday, the forecast and Elsa’s eventual impacts to the US coast, including Florida, are more uncertain.

Karen Graham is Digital Journal’s Editor-at-Large for environmental news.
Karen’s view of what is happening in our world is colored by her love of history and how the past influences events taking place today. Her belief in man’s part in the care of the planet and our environment has led her to focus on the need for action in dealing with climate change. It was said by Geoffrey C. Ward, “Journalism is merely history’s first draft.” Everyone who writes about what is happening today is indeed, writing a small part of our history.