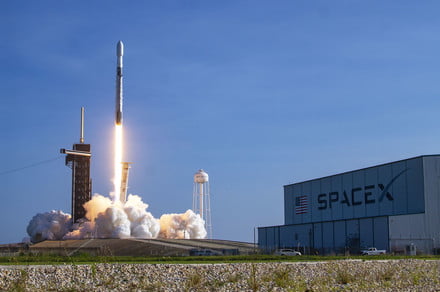 SpaceX will be launching a batch of 53 Starlink satellites today, Saturday May 14, from Space Launch Complex 40 (SLC-40) at Cape Canaveral Space Force Station in Florida. This marks the second Starlink launch the company is performing in just 24 hours, with a previous Starlink launch occurring yesterday from Vandenberg Space Force Base in California.

Today’s launch will be livestreamed, including the exciting landing of the rocket’s first-stage booster, and we’ve got the details on how you can watch along at home.

What to expect from the launch

SpaceX is launching a further batch of satellites to add to its Starlink constellation, which aims to provide global broadband internet access for subscribers. By using satellites to transmit data, it is possible to get reliable and reasonably fast internet access even in regions with poor broadband coverage, such as rural or mountainous areas.

Starlink has already been useful in providing internet in emergency situations where traditional internet services have failed, such as in Ukraine during the Russian invasion there and in Tonga following the large eruption of a volcano.

SpaceX eventually aims to launch as many as 42,000 Starlink satellites, with several thousand already currently in orbit. The company regularly adds to this number by performing frequent Starlink launches using its Falcon 9 rocket, such as the launch yesterday, which you can see highlights of below:

Today’s launch will follow a similar pattern, with launch preparations and liftoff, followed by deployment of the satellites. There’s also the first stage of the rocket, also called the booster, returning to Earth and being caught for future reuse. The booster is set to land in the Atlantic Ocean, where it will be caught by the drone ship Just Read the Instructions.

How to watch the launch

Coverage will begin around 10 minutes before launch, so around 4:30 p.m. ET (1:30 p.m. PT). You can watch by heading to SpaceX’s YouTube channel or by using the video embedded near the top of this page.