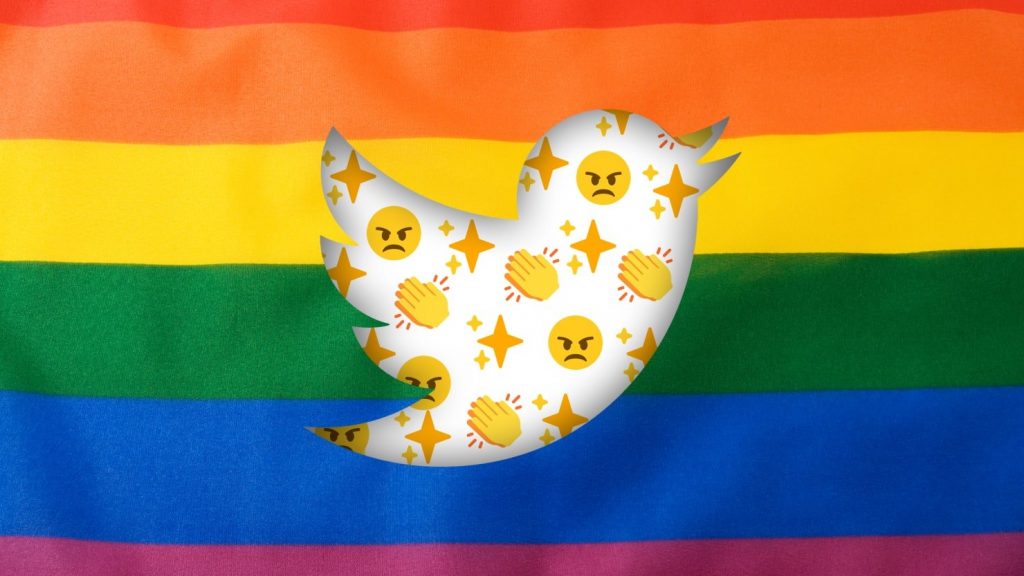 Kate McKinnon seems to have started something with her “Don’t Say Gay” appearance on SNL’s “Weekend Update.”

Speaking about the cruel, recently passed Florida bill that would ban discussion of sexual orientation and gender identity from kindergarten through third grade, the comedian suggested Saturday that if kids can’t say the word “gay,” they “might as well sing it.” (Cue McKinnon chanting the word “gay” to the tune of the guitar riff that opens Deep Purple’s “Smoke on the Water.”)

The bill passed the Senate on Tuesday, and Governor Ron DeSantis is widely expected to sign it into law. But celebrities are still fighting the good fight—by which I mean, many of them have chosen to tweet the word “gay” over and over again.

As far as performative celebrity “activism” goes, the “gay gay gay” tweets are not on the same level as, say, the tone-deaf “Imagine” video that will forever haunt Gal Gadot. The tweets are clearly well intentioned and pretty innocuous. At the same time, however, it’s hard not to wonder what they’re really for. As much as this writer loves tweeting into the void, isn’t there something… more we could all be doing? Especially those of us with loads of disposable income to donate and entire teams of people who could help spread a more substantive message?

The “Don’t Say Gay” bill is worrisome for several reasons. The law, as written, could preclude teachers from acknowledging historical figures or even parents who happen to be LGBTQ+. Schools will be required to inform parents if a child comes out to a school employee. And parents can sue school districts that defy the legislation—which opponents say is written vaguely enough to ban discussions of gender identity and sexual orientation even for kids older than its prescribed age range.

Florida’s decision is only the beginning. As The Hill notes, more than a dozen other states are already considering similar bills of their own. But the Sunshine State is somewhat unique from many of those other states in at least one regard that concerns Hollywood: For years now, Florida has grappled with the loss of film and TV production business to other states with more appealing tax incentives.

In January, after a 9-1 vote, Florida’s Senate Commerce and Tourism Committee advanced a bill that would offer productions up to $2 million in tax rebates; the legislation’s next stop is the Senate Finance and Tax Committee. Film Florida, a local trade association, reports that the state has lost $1.5 billion in revenue since 2016—the year Florida’s last incentive program lapsed.

Beyond tweeting the word “gay,” perhaps celebrities could vow not to work on any production filmed within the state as long as such legislation exists.

Beyond tweeting the word “gay,” perhaps celebrities could vow not to work on any production filmed within the state as long as such legislation exists. That prospect might not scare the conservatives backing the “Don’t Say Gay” bill too much, considering that side of the aisle has also opposed film incentives in recent years. But it might help get the attention of production studios like Disney, which has faced increasing pressure from both the public and shareholders for its underwhelming response to the bill.

This feels especially true for stars like Marks Ruffalo and Hamill, both of whom have substantial business dealings with Disney as the stars of Marvel and Lucasfilm mega-franchises. Perhaps they could tag the studio in their next tweet. Or maybe gently suggest Disney stop putting its money in the pockets of politicians whose mouths (and votes) do not align with its purported “support” of the LGBTQ+ community? Either one!

To their credit, some A-listers are already on it—like Judd Apatow, who’s no stranger to calling out major studios (and even those that employ him) for bad behavior.

“This bill harms children in ways that will damage many for life,” the director recently tweeted. “Disney should never be a company that doesn’t stand up for the safety and support of all children. They certainly should never financially support those who attack children like this.”

Hear, hear. Say “gay” all you want, but perhaps we should also consider what else we might say that could be more impactful.