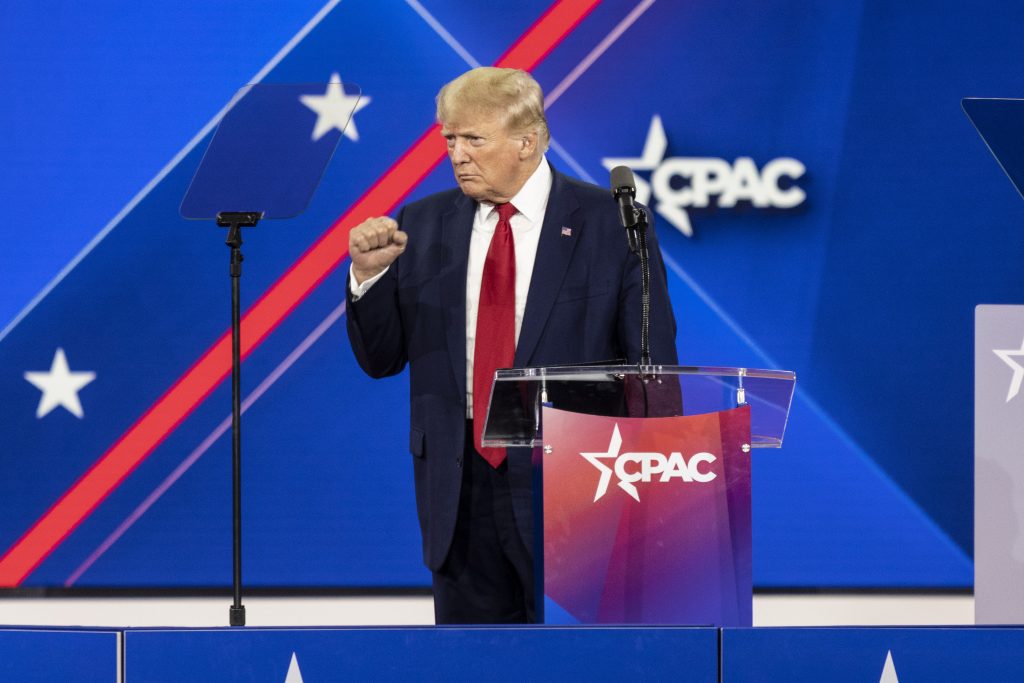 Former President Donald Trump appeared to be the favored Republican nominee for president in 2024 on Saturday, as he won overwhelming support from a straw poll at the Conservative Political Action Conference (CPAC) in Texas.

When asked who they preferred as the Republican presidential nominee, 69% of the 1,000 CPAC attendees who voted preferred Trump, while 24% preferred Florida Gov. Ron DeSantis. If Trump chooses not to run, 65% of attendees said they would support DeSantis, followed by the former president’s son Donald Trump Jr. at 8% and Sen. Ted Cruz (R-Texas) at 6%.

Trump had an approval rating of 99% among CPAC attendees, Politico reported. “He’s more popular than ever,” said Jim McLaughlin, a Trump pollster who conducted the unofficial poll.

After the vote, Trump said the CPAC straw poll is a “very respected” survey and added: “When you see those numbers, there is a great feeling of unity…Not only at CPAC, but I think the Republican Party.” DeSantis did not attend the conference and has yet to comment on the CPAC straw poll results.

The support for the former president in Saturday’s straw poll marks a 10-point increase in support since the last straw poll in February, in which Trump received support from 59% of the voters. Of course, since these polls are taken at the CPAC conference, they are not indicative of the overall GOP electorate.

Last month, Trump told New York Magazine that it’s not a question of if he’ll run, but when: “I feel very confident that, if I decide to run, I’ll win.” Still, he has not announced his bid for re-election.

In contrast to the CPAC straw poll, a more representative poll taken last month shows Republicans supporting candidates other than Trump. According to a New York Times/Siena College poll, 49% of Republican voters surveyed said they would vote for the former president in a Republican primary, meaning more than half would vote for someone else. DeSantis garnered 25% of the vote.

Although Sen. Lindsey Graham (R-S.C.) has been a staunch supporter of Trump, Graham said on Sunday that he doesn’t believe the 2020 election was stolen—and he made clear that he thinks the former president should move on from that claim if he wants to run in 2024. “If he wants to run for president, talking about 2020 is not what people want to hear,” Graham said on CNN’s State of the Union. “If you want to be president again in 2024, focus on solving the problems Americans are living with.”