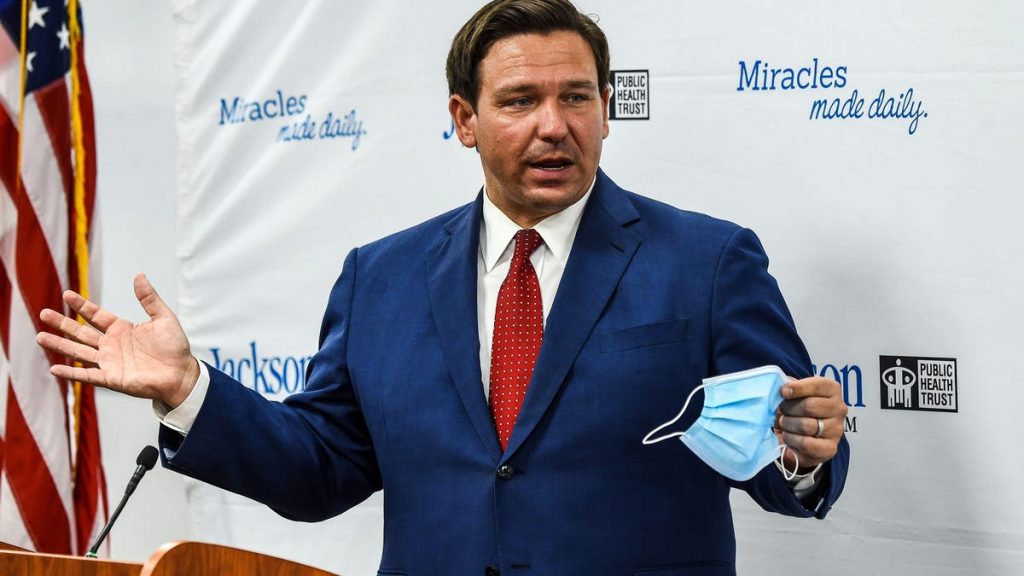 Republican Govs. Ron DeSantis of Florida and Greg Abbott of Texas have seen their approval ratings dip amid an alarming rise of Covid-19 infections and hospitalizations in both states over the past two months, with an increasing number of voters, particularly independents, saying they disapprove of DeSantis and Abbott’s performance, according to a Morning Consult poll released Thursday.

In Morning Consult polling that concluded on July 1, only 38% of independent voters said they disapproved of DeSantis’ job performance, yet in polling conducted August 21 to August 30, that number had spiked to 51%.

DeSantis still has strong support among the GOP base, with more than four in five Florida Republicans saying they still approve of the governor, although that number dipped slightly since the beginning of July, from 87% to 83%.

Among all voters, DeSantis’ net approval rating has plunged 14 percentage points over the past two months.

In Texas, 48% of independent voters said they disapproved of Abbot in early July, but that number has now risen to 54%.

Abbot’s net approval rating has decreased by 7% overall, but his approval rate among Republicans dropped just one percentage point.

By the last week in August, more than 23,000 new cases of Covid-19 were being reported in Florida daily, which was roughly 30% higher than the state’s previous peak in January. Hospitalizations and Covid-related deaths also hit all-time highs as the delta variant wreaked havoc in the Sunshine State. Texas was also dealing with a dangerous spike in late August, averaging in excess of 17,000 daily infections for the first time since early February. These summer surges, and the governors’ responses to Covid-19 crises, may have impacted voter’s views toward DeSantis and Abbott. Although DeSantis was an early advocate of vaccines, he has adamantly opposed mask mandates, including in schools. “We can either have a free society, or we can have a biomedical security state,” DeSantis proclaimed. “And I can tell you: Florida, we’re a free state. People are going to be free to choose to make their own decisions.” However, last week, a Florida court ruled the state’s school districts may impose strict mask mandates on students to limit the spread of the virus. In July, Abbott issued an executive order banning mask mandates and other operating mandates in Texas. Both Florida and Texas have efforts to prohibit institutions from requiring vaccinations.

In early August, President Joe Biden criticized DeSantis and Abbott for failing to adequately protect the public from the virus. “I say to these governors: Please help, but if you aren’t going to help, at least get out of the way,” Biden said. “The people are trying to do the right thing. Use your power to save lives.”

What To Watch For:

DeSantis will be up for reelection next November. He is also expected to announce a run for the presidency at some point in the future. A nationwide poll of Republican voters taken in July found he would be considered the front-runner if Donald Trump does not run again.

“The delta variant is exceptional at finding vulnerable populations,” said Jason L. Salemi, an epidemiologist at the University of South Florida.

What Went Wrong With the Pandemic in Florida (NYT)