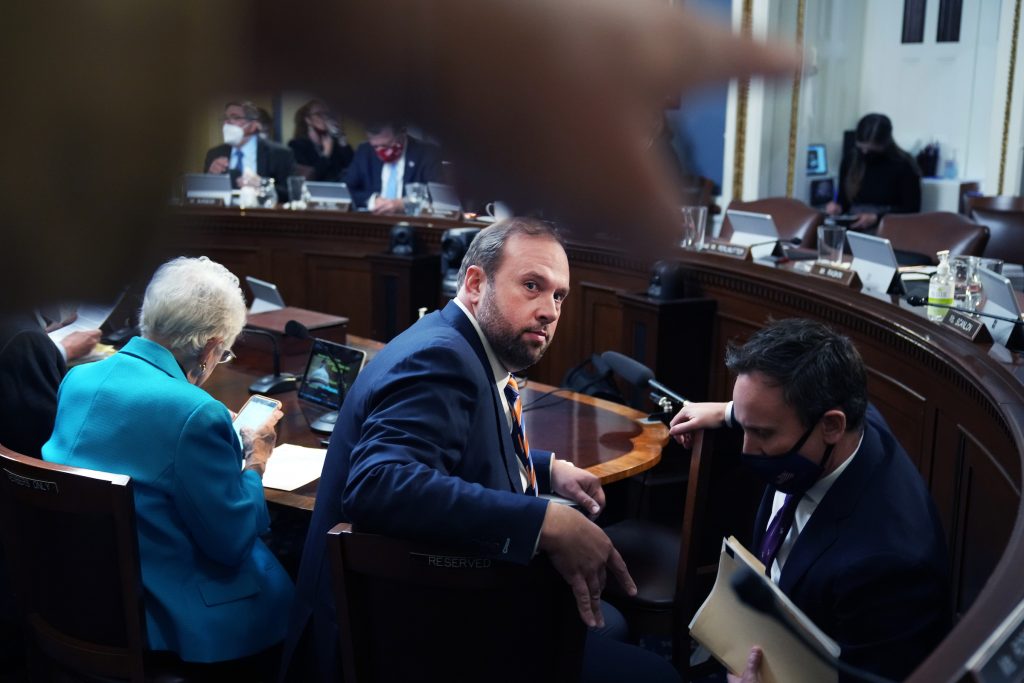 House Republicans are girding for battle over raising the nation’s borrowing cap next year if they retake the majority in the November elections.

Preparations begin this week, when GOP lawmakers will use their annual policy retreat in Florida in part to plot strategy against President Joe Biden for a coming debt limit showdown that both sides say will have no easy resolution.

And while no one predicts a default on the nation’s debt next year, lawmakers and former aides say the coming fight could rival a 2011 clash between Republicans and President Barack Obama that resulted in the loss of the government’s prized triple-A credit rating from Standard & Poor’s.

“If Republicans take the House, we are staring down the barrel of a potential economic cataclysm,” said Dan Pfeiffer, a former communications director and senior adviser to Obama. “If they want to cause a global economic collapse, that’s on them.”

Missouri Rep. Jason Smith, the House Budget Committee ranking Republican who is angling to become the top GOP leader on the Ways and Means Committee in the next Congress, said Republicans plan to use the debt limit as leverage to put fiscal curbs on the Biden administration.

“Clearly, there’s not just going to be a clean debt limit increase,” Smith said in an interview. “We have to have fiscal restraint. That is why we’re having a leadership retreat. I think everything is on the table.”

Congress in December raised the statutory debt limit by $2.5 trillion, an amount designed to give the Treasury Department enough borrowing authority to get past the midterm elections this fall and into 2023.

Even with Democrats in control of both chambers and the White House, it proved a hard slog because of the need for bipartisan support in the evenly divided Senate. Republicans insisted on making Democrats raise the debt limit past $30 trillion for the first time on their own.

‘Everything’s on the table’

But if Republicans take control of one or both chambers in November, next year’s fight could prove more consequential than last year’s largely procedural spat.

The 2011 clash pitted Obama against the tea party-infused, newly ensconced House GOP majority led by former Speaker John A. Boehner, R-Ohio, who later described the battle as “the fight of my political career.”

Months of partisan warfare finally ended on Aug. 2, 2011 — the exact date the Treasury Department said that, without action, it couldn’t pay all the nation’s bills on time — with Obama’s signature on legislation imposing a decade of across-the-board spending cuts and tight appropriations caps in an effort to curb deficits. Lawmakers later reversed nearly all of those cuts through bipartisan budget deals that increased spending caps.

Smith declined to say if he would push for another round of automatic cuts, known as sequesters, as his price for raising the debt limit. “My preference is what the consensus of the Republican Conference will be,” he said. “Everything’s on the table, in my mind.”

But Brendan Buck, who was Boehner’s press secretary during the 2011 fight, said he doubted another round of steep budget cuts could be enacted.

“In a lot of ways, it’s a bluff, and you can only bluff so many times,” Buck said. “I don’t think Democrats will believe Republicans will actually default on the debt. I think they realize there’s not the stomach for doing that.”

But Republicans will insist on some type of spending restraint, he said, because “with a new majority, they’re all tough, and this is the time to throw their weight around. This is the hardest issue for our conference.”

Pfeiffer, who is now an author and podcast host, said Biden witnessed Obama’s fight as vice president and is unlikely to be willing to negotiate a new round of spending cuts. “Engaging in negotiation in 2011 ended up being very costly, and we wouldn’t do it again,” he said.

Even though initial spending caps were raised in subsequent budget deals, Democrats say the net result still put a squeeze on domestic discretionary spending, leaving health care, education and environmental needs unaddressed for years. Biden’s first budget as president, they say, was an attempt to reverse years of underinvestment in needed programs.

And for all the political pain of discretionary spending cuts, some analysts say the 2011 law and subsequent debt limit fights did little to rein in deficits.

Instead, the debt rose from 70 percent of gross domestic product in fiscal 2011 to 79 percent of GDP in 2019, before the COVID-19 pandemic struck, said Louise Scheiner, policy director of the Hutchins Center on Fiscal and Monetary Policy at the Brookings Institution, who testified at a House Budget Committee hearing last month on a Democratic push to abolish the debt limit.

But Mick Mulvaney, a former White House budget director under President Donald Trump who also testified at the hearing, said the need to raise the debt limit is the only means available to enact fiscal constraints.

“What would you have done on fiscal policy if not for the debt ceiling?” Mulvaney asked the committee. “I mean, show me a couple of pieces of legislation dealing with reducing spending and getting the fiscal house in order that wasn’t tied to the debt ceiling.”

Mulvaney suggested during the hearing that Republicans press for an overhaul of Social Security during the upcoming debt limit talks. He cited the insurance program for the elderly and disabled as a major deficit driver that’d be an easier lift to fix than Medicare, the other huge seniors’ benefit program that could go bust without action.

Some senators on both sides of the aisle have begun talking about the need for Social Security and other entitlement program fixes. But with the debt ceiling deadline potentially coming up within the next year, it’s not clear there’s enough time or political will to tackle a major entitlement overhaul.

Smith said Biden “doesn’t have any kind of strategy when it comes to a debt limit” and will have to negotiate with Republicans.

“We won’t default, but people are going to come to the table,” he said. “There have always been some kind of policies that come through negotiations, and it will be the same way. If he vetoes it, that’s his own call.”

Adam Jentleson, who served as an aide to former Senate Majority Leader Harry Reid, D-Nev., said the 2011 debt limit battle took a political and personal toll as the nation’s credit rating hung in the balance.

“The markets were moving based on statements we put out,” Jentleson recalled. “I ended up with back spasms out of stress. It was a hell of a ride.”

Next year’s battle could be “potentially much worse,” he said, because the Republican caucus has pushed further to the right since 2011. “I’m just glad I won’t be there.”