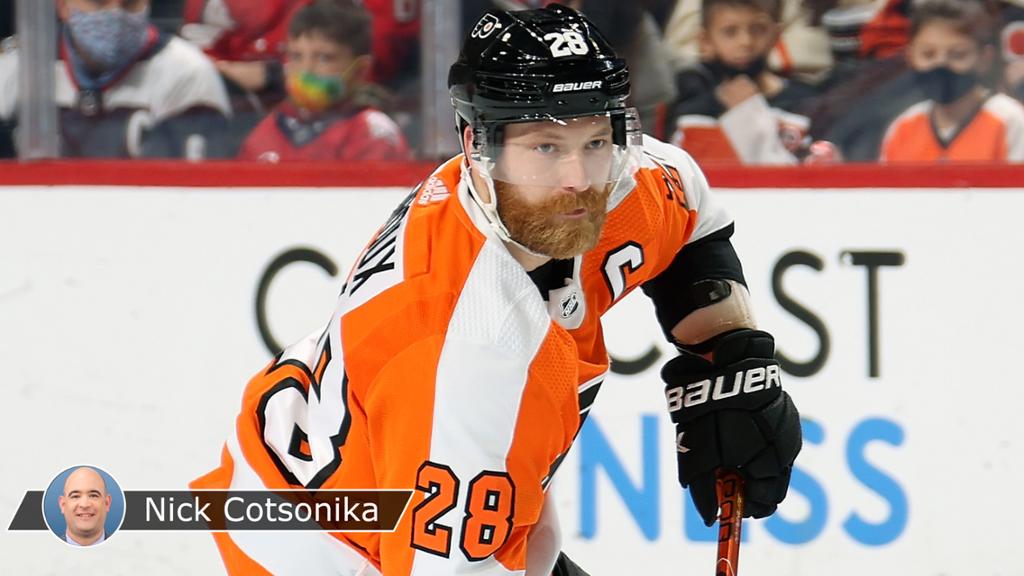 Let that sink in for a moment and think about what it means to the Panthers as an organization.

The Panthers have not won a round in the Stanley Cup Playoffs since 1995-96, when they made the Stanley Cup Final in their third NHL season. They’ve made the playoffs four times in the past 20 seasons.

But they’ve become contenders, and they’ve raised the stakes by acquiring Giroux from the Philadelphia Flyers on Saturday and defenseman Ben Chiarot from the Montreal Canadiens on Wednesday.

“It sends a clear message that we’re all in, and we’re really excited moving forward, for sure,” Panthers forward Anthony Duclair said.

Giroux is scheduled to speak to the media in Florida on Monday, the day of the 2022 NHL Trade Deadline. We won’t know his version of events until we hear from him.

But this is what we know:

Giroux was in the final year of an eight-year contract, and he had a no-move clause, giving him control over his future.

Flyers general manager Chuck Fletcher said he had an ongoing dialogue with Giroux since last offseason. Giroux wanted to see how the season went and where the Flyers were before the trade deadline. With Philadelphia (19-31-11) seventh in the Metropolitan Division, it was time to go.

The closest Giroux had come to the Cup was when the Flyers made the Cup Final in 2009-10, losing to the Chicago Blackhawks in six games. He wanted another shot.

“There was a lot of interest in Claude,” Fletcher said. “But it was a very limited market ultimately that I could deal him to.”

Fletcher declined to say how short Giroux’s list was, but bottom line, Florida was on it.

The Panthers also received forward prospects Connor Bunnaman and German Rubstov along with a fifth-round pick in the 2024 NHL Draft.

“He’s a smart guy,” Fletcher said. “He’s obviously been able to make a lot of money in his career, but he wants to win.”

The Panthers gave the defending champion Tampa Bay Lightning a series in the playoffs last season, losing in six games in the Eastern Conference First Round before watching them go on to win the Cup for the second straight time.

They’re 42-14-6 this season and lead the Atlantic Division, six points ahead of the Lightning. They’re three points behind the Colorado Avalanche in the race of the Presidents’ Trophy as the NHL’s top regular-season team.

Their roster has all the elements: stars, scoring depth, goaltending, and role players young and old. Center Joe Thornton, a 42-year-old future Hall of Famer still trying to win the Cup for the first time, signed a one-year contract Aug. 13.

“What we have going on, they all want to be part of,” Panthers coach Andrew Brunette said. “That’s really special for this whole organization that people outside of Florida think that. And again, for those guys, what they’ve done, they’ve created this culture. It’s been fun to be a part of it.”

The Panthers added more depth by acquiring defenseman Robert Hagg from the Buffalo Sabres on Sunday.

There is still a long way to go for Florida and Giroux.

The Panthers have to prove they can win in the playoffs, and they have to come out of the Atlantic Division with the Lightning, Toronto Maple Leafs and Boston Bruins.

Giroux can become an unrestricted free agent after the season.

“We haven’t done anything yet,” Brunette said. “We haven’t won a playoff round in how many years? We’re not worried about everything else. Let’s go in and play our best hockey. We’ve got to win a round first before we even talk about all these expectations.”

“I think it does speak volumes of the organization that we’re … management [is] kind of just saying we’re all in or we’re going for it here,” Brunette said. “I think that’s an excitement level for all of us.”