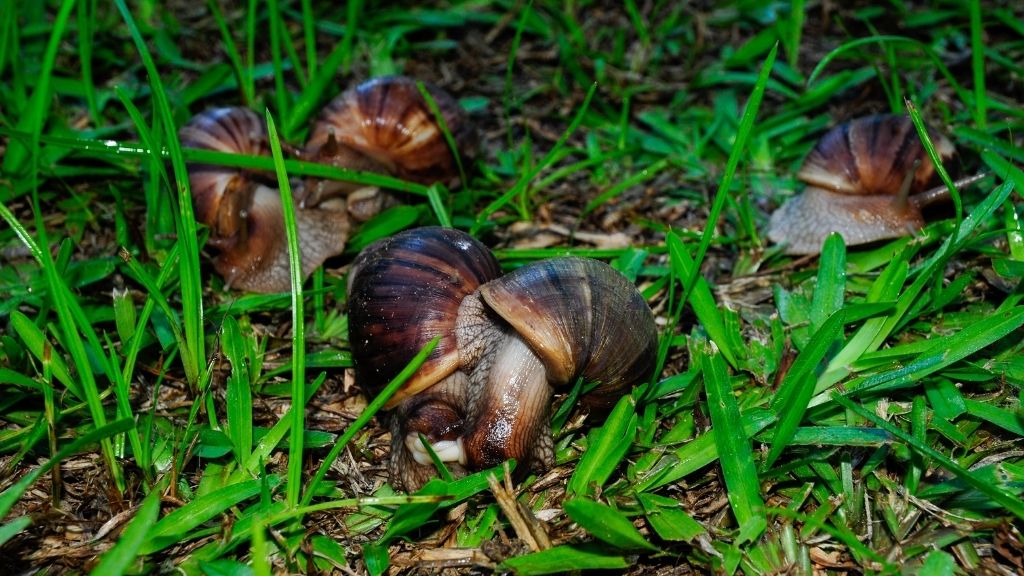 Florida plays the unfortunate host to many invasive critters, from lionfish to Burmese pythons, but last week, officials announced that they had successfully eliminated a particularly slimy invader from the state: the formidable giant African land snail.

The kicker is, giant African land snails (Lissachatina fulica) invaded Florida once before, meaning this is now the second time the troublesome pests have been expunged from the state. This time around, the effort cost $24 million and required 10 years of work, The Miami Herald reported.

“There’s still only one place on Earth where the giant African snail has been eradicated,” Trevor Smith, director of the Florida Department of Agriculture and Consumer Services (FDACS) Division of Plant Industry, said at a news conference on Wednesday (Oct. 6). “It’s right here, and now we’ve done it twice.”

“This truly is an exciting day for our state and for our country,” Florida Agriculture Commissioner Nikki Fried said, according to The South Florida Sun-Sentinel.

Why the elation? Giant African land snails can grow to be 8 inches (20.3 centimeters) long, and when they don’t consume enough calcium from the soil, they begin munching through the stucco on houses instead, the Herald reported. The snails not only pose a threat to homes but also to Florida’s agriculture industry, as they regularly gorge themselves on fruits and vegetables. And in the wake of their destruction, they squirt out a trail of smelly, stringy poop.

Some say the giant snails can give people and their pets meningitis, but that’s technically true of all snails, Gizmodo reported in 2014. Snails can pick up a parasite named Angiostrongylus cantonensis from rat feces, if they consume it. And then if a dog then slurps up that snail in their backyard, or a human eats some snail meat stuck to an unwashed lettuce leaf, the parasite can sometimes reach the membranes of the brain and spinal cord, trigger an infection and cause swelling. Thankfully, the condition can be treated with antibiotics, but that doesn’t make the thought of accidentally swallowing giant snail flesh any less gross.

The snails first arrived in South Florida in 1966, when a child brought three of the creatures to the area from Hawaii, where they’re also invasive, the Sun-Sentinel reported. (The snails were initially imported as pets, and they may have also clung to cargo shipped from Africa, according to the National Invasive Species Information Center.) The child’s grandmother reportedly released the snails into her backyard, and once released, the three snails multiplied and soon numbered in the thousands.

The state had quashed the invasion by 1975, but in 2011, a new wave of these snails suddenly surged. Smith said it’s unclear exactly where the new snails came from, the Sun-Sentinel reported. That said, a recent state investigation suggested that, in 2010, a religious cult had snuck dozens of the snails into Florida from Nigeria for use in healing rituals, according to the Tampa Bay Times. But the snails may have also been imported unintentionally on cargo planes or ships, Fried said at the news conference.

After being spotted in Douglas Park near Coral Gables, Florida, in 2011, the monstrous snails soon spread across the rest of Miami-Dade County and parts of Broward County just to the north, according to the Herald. Over the past 10 years, researchers with the U.S. Department of Agriculture (USDA) and the state of Florida have studied the snails’ biology, to come up with strategies to kill the slimy creatures; they also kept track of reported outbreaks across the state.

Since the start of the eradication effort, the team has collected and killed about 168,000 snails, the Herald reported.

The snails primarily come out at night and when it’s raining, and they easily blend in with Florida foliage; when not out and about, the snails bury themselves under 6 to 8 inches (15 to 20 cm) of soil, making them even tougher to spot. So to find the pests, the state recruited two Labrador retrievers, Casie and Mellon, who trained for six months with the USDA to learn to sniff out the massive mollusks, according to the Herald.

The most recent sighting of a giant African land snail took place in 2017, meaning the species can now be considered eradicated in the state of Florida. Fingers crossed, it’ll stay that way.

Read more about the giant snail infestation in the South Florida Sun-Sentinel and Miami Herald.

Nicoletta Lanese is a staff writer for Live Science covering health and medicine, along with an assortment of biology, animal, environment and climate stories. She holds degrees in neuroscience and dance from the University of Florida and a graduate certificate in science communication from the University of California, Santa Cruz. Her work has appeared in The Scientist Magazine, Science News, The San Jose Mercury News and Mongabay, among other outlets.