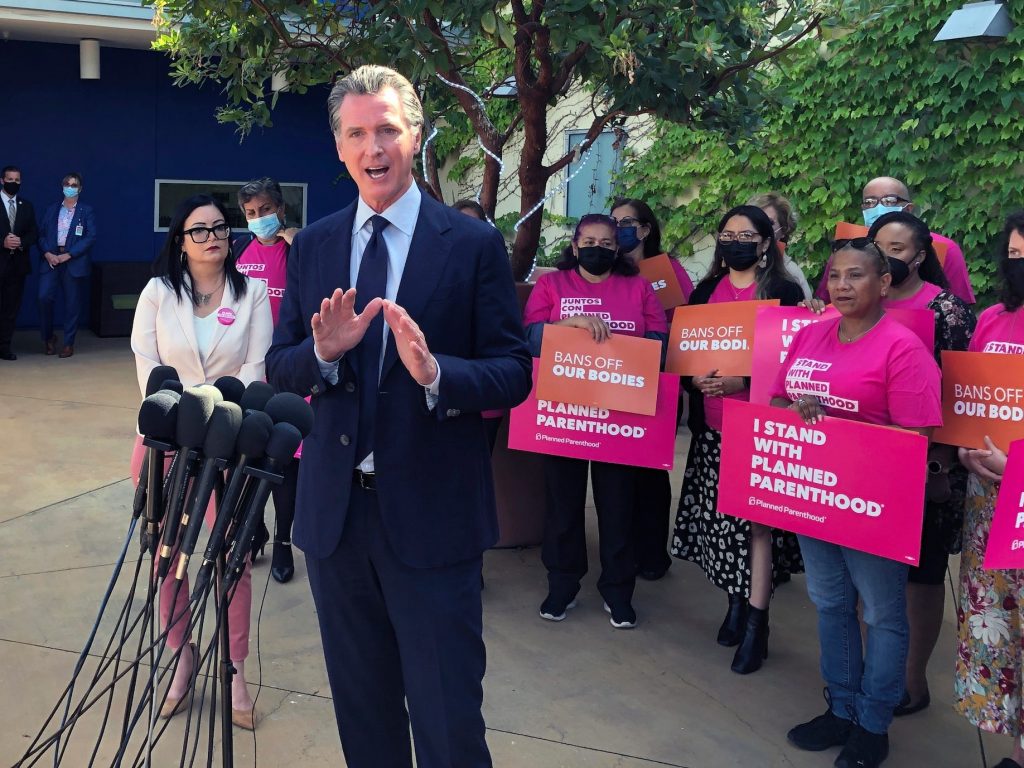 Both Newsom and DeSantis are running for reelection this year in their respective states. The ad, which will be airing in Florida, comes amid speculation that Newsom could run for President in 2024. Rumors of DeSantis running for president in 2024 have also surfaced.

In the video, Newsom, speaking directly to the camera, says “Freedom is under attack in your state” as an image of DeSantis shaking former President Donald Trump’s hand appears on screen.

Newsom also shares his opposition to some of DeSantis’ legislation, including the state’s 15-week abortion ban — now blocked by a Florida judge, math book bans on the basis of anti-Critical Race Theory legislation, and the “Don’t Say Gay” bill.

“Its Independence Day,” Newsom says in the ad. “Let’s talk about what’s going on in America. Freedom is under attack in your state, Republican leaders, they’re banning books, making it harder to vote, restricting speech in classrooms, even criminalizing women and doctors.”

“I urge all of you living in Florida to join the fight,” Newsom continues, “or join us in California, where we still believe in freedom: freedom of speech, freedom to choose freedom from hate, and the freedom to love. Don’t let them take your freedom.”

Nikki Fried, a Democrat candidate for Governor in Florida who has openly criticized DeSantis, responded to the ad by tweeting, at Newsom, “Thanks, but I’ve got him.”

Representatives for DeSantis and Newsom did not immediately respond to Insider’s request for comment.

Sign up for notifications from Insider! Stay up to date with what you want to know.