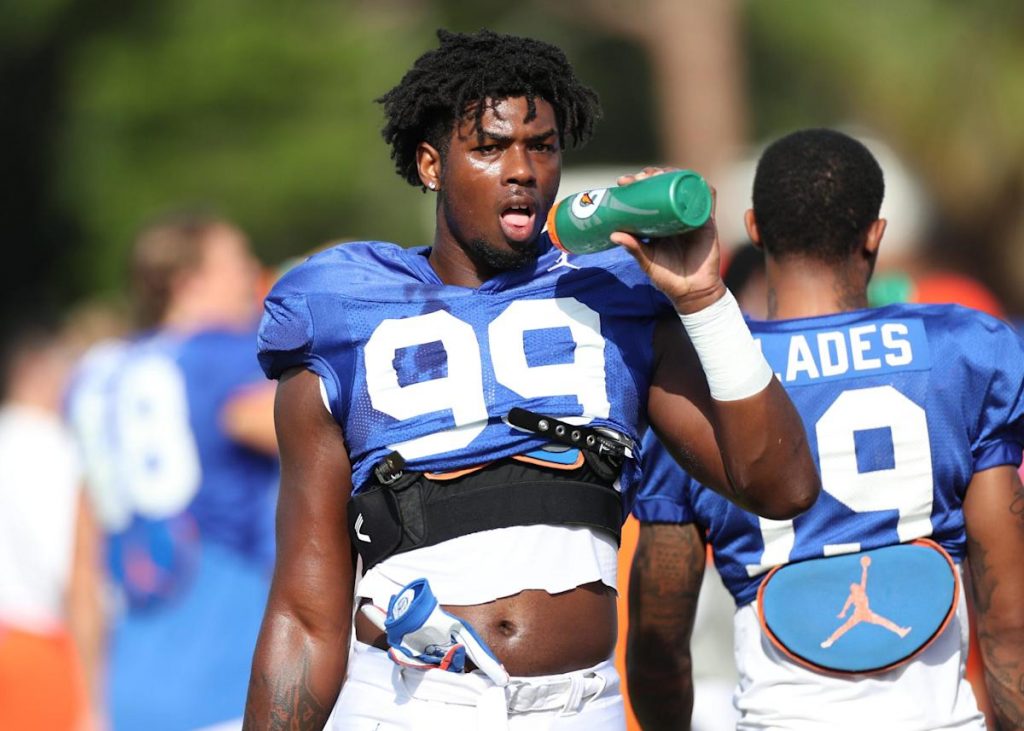 Four Florida players have now entered the transfer portal since the team announced the hiring of Louisiana’s Billy Napier as the next head coach on Sunday. The latest came on Thursday when edge rusher Lloyd Summerall III elected to enter the portal, according to 247Sports’ Blake Alderman.

Summerall was a four-star recruit and top 300 player coming out of Lakeland, per the 247Sports Composite, and he was one of three Lakeland High School teammates to sign with Florida in the 2019 recruiting class alongside tight end Keon Zipperer and guard Deyavie Hammond, who never matriculated and now plays at Independence Community College in Kansas.

When the Gators landed Summerall, it was a big win over Miami for former coach Dan Mullen in his first full recruiting cycle. However, Summerall’s impact on the field has been very limited in his first three years, and his decision to transfer isn’t exactly a surprising one.

He redshirted his first season in 2019 after appearing in three games and notching two total tackles, and he earned his first sack as a redshirt freshman in 2020 despite only appearing in two games. In 2021, he saw his biggest role by far, appearing in all 12 games. However, he only had four tackles. The best game of his career came against Vanderbilt this season, when he had three total tackles and half a sack.

With Bogle and Summerall gone, Florida will likely turn to Princely Umanmielen, who saw a good amount of reps this season, as well as Antwaun Powell, who appeared in 10 games as a redshirt freshman in 2021.

Some roster turnover is to be expected whenever there’s a coaching change, but Billy Napier may need to look to the portal himself to shore up depth along the defensive line after losing three players from it this week.