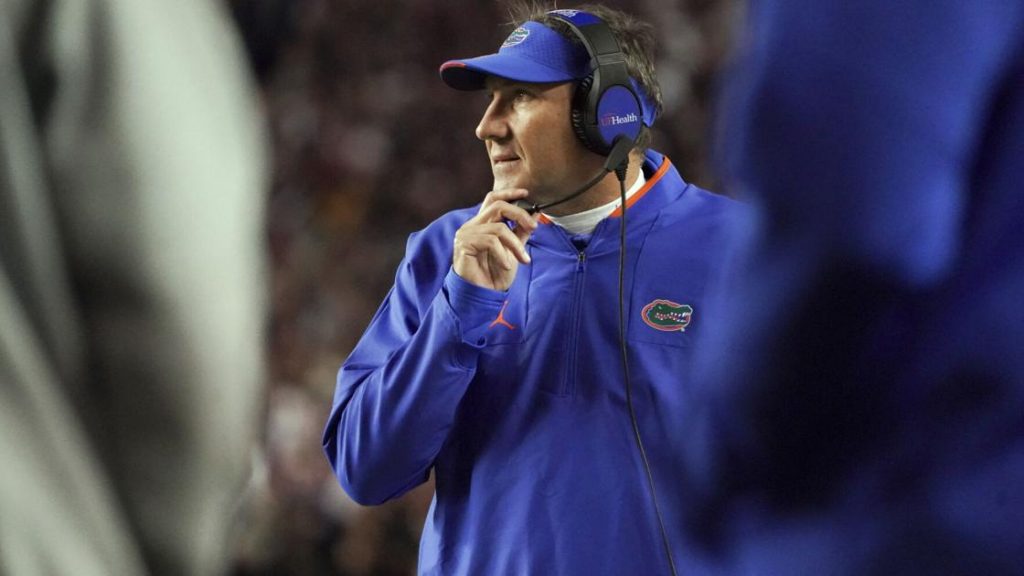 Dan Mullen first came to the Southeastern Conference as the offensive coordinator for Urban Meyer at Florida in 2005, and every day of every year since that point Mullen has felt as if he was coaching for his job.

Now the Gators’ head coach, Mullen is coming off a shootout win over lower-level Samford last weekend that reinforced many of the perceived shortcomings of a program that has been to three straight New Year’s Six bowl games: shaky recruiting that has led to a drop in talent, and shakier coaching that led to missed tackles and unforced errors.

That’s why some believe Mullen’s job is on the line Saturday against Missouri and next week against Florida State.

“You’re under a certain pressure to perform,” acknowledged Mullen, who took Mississippi State to eight bowl games in nine years before returning to Gainesville. “To me, this week’s no different than last week or the week before or five years before or 10 years before. I think you’re always that way. You’re always expected to perform in this league.”

The Gators (5-5, 2-5 SEC) have struggled so often this season that Mullen already has fired defensive coordinator Todd Grantham and run-game coordinator John Hevesy. But that didn’t help against Samford, which built a 14-point lead at one point and piled up 530 yards in the 70-52 shootout loss.

It took a virtuoso performance from Emory Jones to save the Gators and, just maybe, Mullen’s job. Jones threw for 464 yards and six touchdowns while running for 86 yards and another score, breaking Tim Tebow’s school-record for total offense.

The Tigers (5-5, 2-4) have had plenty of problems of their own. Like the Gators, their defense has been so bad that coach Eli Drinkwitz has already fired line coach Jethro Franklin, and their offense has been inconsistent all season.

Now they’re in the same position as the Gators in needing one more win to reach bowl eligibility.

“We’ve just got to make sure that we’re focused on the things that are important,” Drinkwitz said this week. “You got the rest of your life to get on TikTok and get on dating apps and all that other stuff. You’ve got 10 days to play two SEC football games are going to determine the kind of season we have.”

Not only have the teams split the 10 previous meetings, nobody has won more than two straight in the series. That could be a good omen for the Tigers, who lost 23-6 in Columbia two years ago and 41-17 last season in Gainesville.

While the Tigers still ranked second-to-last in the Football Bowl Subdivision against the run, they’ve actually played better of late, holding South Carolina to 57 yards rushing last weekend. But they’ll be tested by the Gators, who average more than 227 yards per game on the ground to rank in the top 10 nationally.

“This defensive scheme has always been a scheme that compliments everyone if you just work within it,” Tigers defensive coordinator Steve Wilks said, “and you can see that across the board. Guys are performing and playing better.”

SPEAKING OF THE GROUND

Florida coughed up 321 yards rushing to LSU and 284 to South Carolina in its last two SEC games. That bodes well for Missouri running back Tyler Badie, who has gone over 200 yards rushing in a game four times this season.

The Gators have thrown 15 interceptions and lost three fumbles this season, and the 18 total turnovers puts them 104th in the nation. Missouri quarterbacks haven’t been a whole lot better with 10 interceptions this season.

It will be Senior Day for the Tigers, including those who returned for an extra year of eligibility because of the pandemic; the Tigers head to Arkansas next week. It also will be the final SEC game for many Gators, who play the Seminoles next week.

“I didn’t really realize it was my last SEC game. That’s crazy,” Florida defensive end Zach Carter said, “but I’m taking it all in and making the most of these moments. I won’t forget them.”