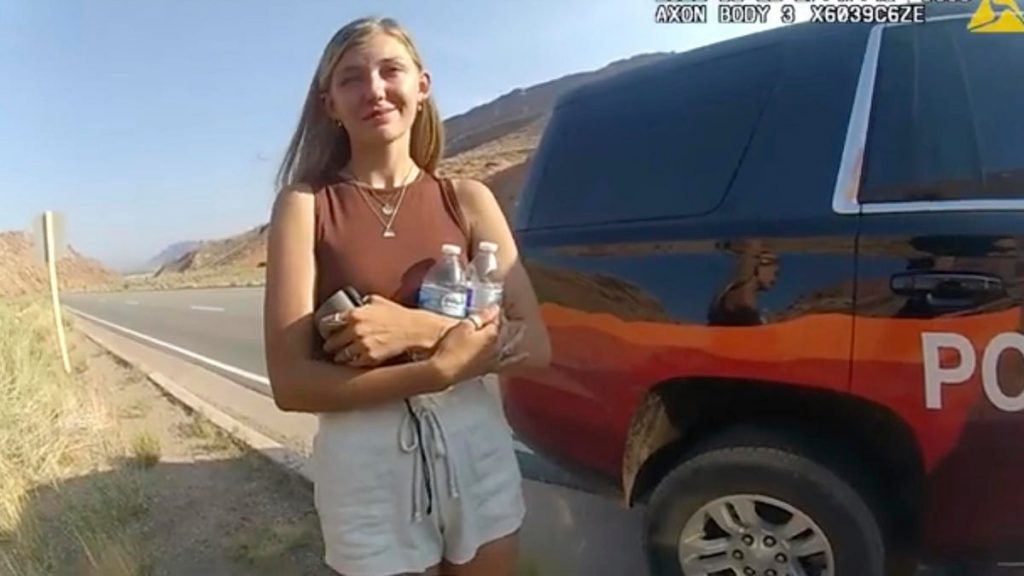 Authorities executed a search warrant Monday morning at the Florida home of Brian Laundrie, a person of interest in the disappearance of his fiancee, Gabby Petito, the 22-year-old travel YouTuber who went missing last month during a cross-country road trip, whose remains authorities believe they found on Sunday.

Around 15 FBI and local police units swarmed the family home on Monday morning in North Port, Florida, a small town southeast of Sarasota, according to media on the scene.

The FBI said in a statement the agency was executing a court-ordered search warrant related to Petito’s disappearance, but did not offer further details, calling the home “an active crime scene.”

The FBI announced Sunday that a body matching Petitio’s description had been found in Grand Teton National Park in Wyoming, the last place Petito was heard from before she abruptly stopped communicating with her family in late August. Petito’s family, who live in New York, reported her missing to North Port Police on September 11, and later that day, Petito’s white 2012 Ford van that the couple drove during the trip was found at the house Petito shared with Laundrie and his parents. Laundrie had returned home without Petito on September 1 and declined to speak with police, North Port authorities said. No charges have been filed against Laundrie.

The Laundrie family has been heavily criticized since Petito went missing for their refusal to speak to police or to Petito’s family. Last week, North Port Police Chief Todd Garrison said Laundrie was named a person of interest in Petito’s missing persons case but wasn’t providing police “with any information.” Last week, Petito’s family called on Laundrie’s parents to help them find Petito, accusing them of knowing the location of “where Brian left Gabby,” according to an open letter read out by the family’s attorney.