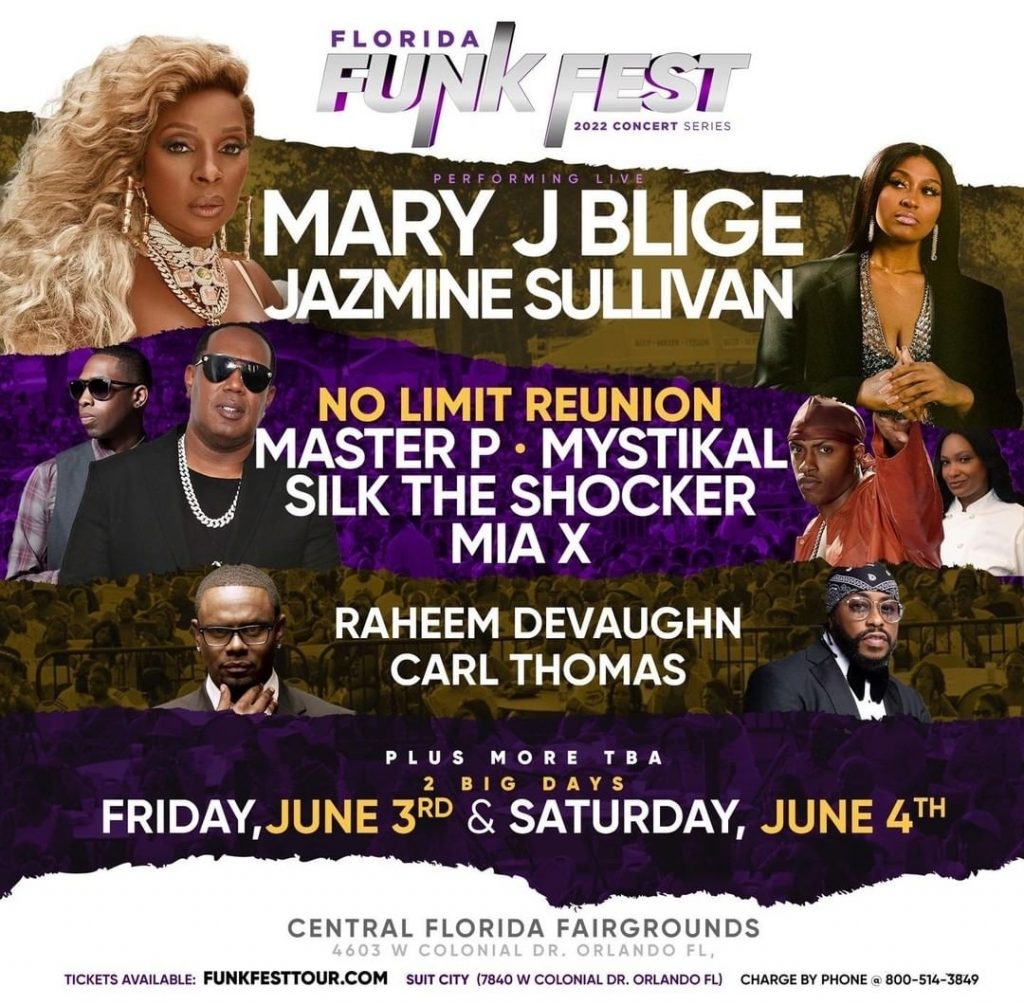 For over 20 years, Funk Fest celebration continues attracting music enthusiasts globally and has consistently proven to be one of the best live shows to experience stellar acts influenced by rhythm and grove of the Funk sound. Over 100,000 ticketed patrons attend annually to be entertained by today’s hottest artists and musical legends alike.  Never one to miss a beat with the impressive lineup of talent, the food at Funk Fest is an art to indulge in as well.  Now, Funk Fest is going international.

Organizers of Funk Fest in association with Power To Exhale is proud to announce the new international concert series, PowerFest, to be held in Punta Cana, Dominican Republic from August 18 – 22, 2022. In addition to the biggest names in entertainment, PowerFest provides a unique experience with a variety of entertainment. Attendees will enjoy around the clock activities from Spades tournaments, late night kickbacks, golf, speed dating, cigar bar, cognac tasting for spirit enthusiasts and so much more. Live music and performances will be provided by Anthony Hamilton, Jeezy, BabyFace, Bel Biv DeVoe, Rick Ross, Ginuwine, Tweet, Ying Yang Twins, SWV Calvin Richardson and a host of DJs. PowerFest is the coming together of the historic Funk Fest Tour and Power to Exhale, a 10-year women’s empowerment movement. More on PowerFest is available on Funk Fest Tour official website or by going to www.powerfest.live

Artists vary per day and city, please visit www.funkfesttour.com for lineup in each city

Additional tour dates will be announced

About Power To Exhale

With over 100 chapters in 5 countries and over 600,000 members globally, Power to Exhale is an impactful women’s empowerment organization. Special Events produced by Power to Exhale bring thousands of people together for empowerment and worldwide travel. Based on love and positive energy, Power to Exhale was founded by 20-year Emmy award winning journalist, Charla Young.