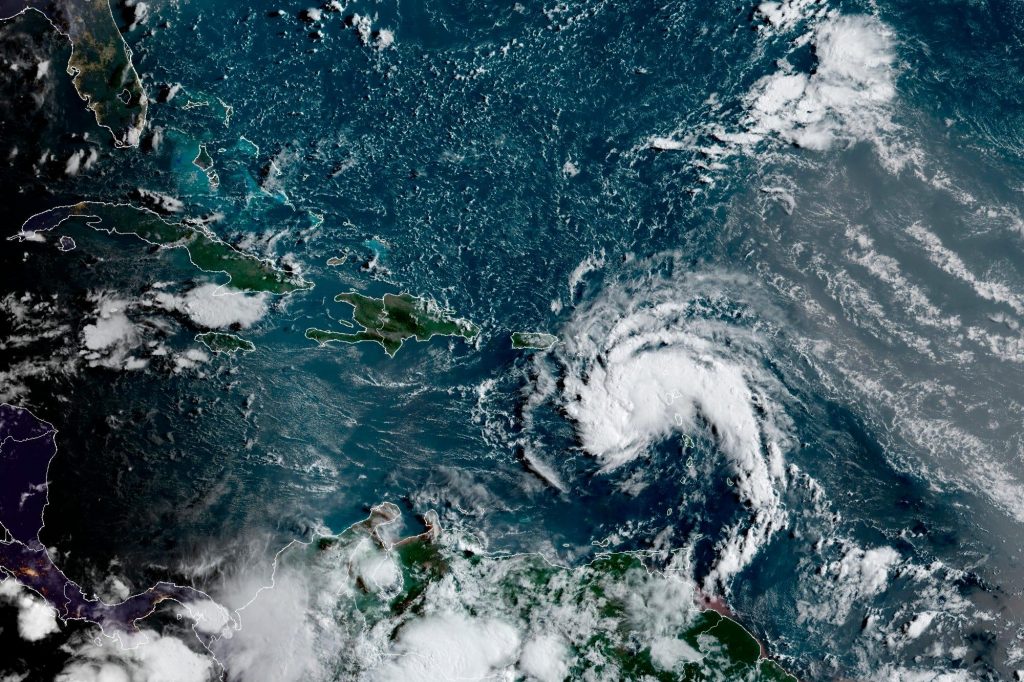 Tropical Depression Fred will continue to move toward Florida Thursday and could make landfall as early as Friday. The risk of Fred impacting the Sunshine State was increasing as it brought heavy rain and flooding risks to the Caribbean island nations of the Dominican Republic and Haiti, according to the National Hurricane Center. Fred weakened from a tropical storm to a tropical depression Wednesday, but forecasters said it could become a tropical storm again Thursday as it moved near the Turks and Caicos Islands and the southeastern Bahamas  The National Hurricane Center says some models show Fred will track “near or over the Florida Peninsula,” while others show it passing southwest of the Florida Keys. Fred is the sixth named storm of the 2021 hurricane season and first named storm in August, breaking a month-long lull after Hurricane Elsa formed last month.

Prefer to listen? Check out the 5 Things podcast:

Data from 2020 census to be released

Americans will get their first full look at the country’s racial and ethnic makeup in years when the U.S. Census Bureau releases data Thursday from its decennial survey.  Experts expect the data will reflect the expansion of the Hispanic, Black and Asian American populations, as well as the growing number of multiracial residents. The results from the 2020 census, taken amid the pandemic and partisan sniping about the politicization of the process, are meant to be a snapshot of the population as of April 1, 2020. States use the information to determine legislative and congressional districts – and the Electoral College votes that come with them.

Attorneys for the Boys Scouts of America are asking a Delaware judge to approve an $850 million agreement that is the foundation of the group’s plan to emerge from bankruptcy. The judge was to begin a hearing Thursday on whether to approve the agreement, which involves the national Boy Scouts organization, the roughly 250 local Boy Scout councils, and law firms representing the tens of thousands of men who say they were molested as youngsters by Scoutmasters and others. But even though this is already one of the largest-ever child sexual abuse cases against a single national organization, plaintiffs’ attorney Michael Pfau questioned last month whether the offer is robust enough. “The Boy Scouts have disclosed that their local councils have over $1.8 billion in unrestricted net assets,” Pfau said. In March, USA TODAY estimated the Boy Scouts to be worth over $3.7 billion.

Defiance of Gov. Greg Abbott’s ban on mask mandates continued Wednesday as more Texas school districts and communities announced plans to require students to wear face coverings. Dallas, the Houston suburb of Spring, Austin, San Antonio and Fort Worth are all now requiring students and staff to wear masks on campuses and other district buildings. Also, The superintendent of Houston’s school district, the state’s largest, planned to ask his school board to approve a mask mandate during a Thursday meeting. The mandates go against an executive order Abbott repeated last month banning mask mandates by any state, county or local government entity. Late Wednesday, officials in Fort Bend County announced they had filed a lawsuit seeking to override Abbott’s ban on mask mandates. A judge later Wednesday granted the county a temporary restraining order against Abbott’s ban.

Major League Baseball and movie lovers alike will have plenty to cheer for Thursday, when the New York Yankees face-off against the Chicago White Sox in Dyersville, Iowa, near the set of the 1989 hit movie “Field of Dreams.” In fact, the two teams will play in an 8,000-seat park adjacent to where the movie was filmed. And just like the film, players will appear from a cornfield — the park is surrounded by about 159 acres of corn about 10 to 12 feet high. In addition to a cinematic environment, the “Field of Dreams” game holds significance in the playoff race. The Yankees are chasing the Boston Red Sox for the final American League Wild Card spot, while the White Sox are less than two games behind the Tampa Bay Rays for the best record in the AL. First pitch is scheduled for 8 p.m. ET.