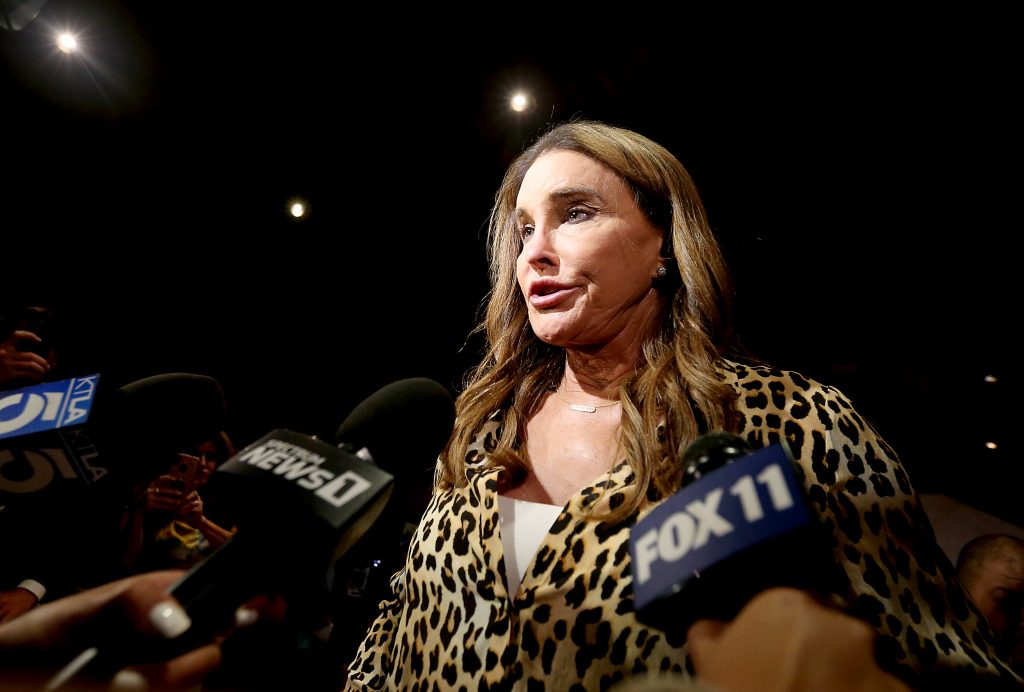 Fox News marked this week’s International Transgender Day of Visibility by inking a new contributor deal with Caitlyn Jenner. Though, the Olympic gold medalist turned reality-TV star turned failed California gubernatorial candidate was quick to assure Fox News viewers that she is “not a trans activist” in her first paid appearance on the network—a short, roughly three-minute spot on Sean Hannity’s show. Jenner’s new gig was met with fierce criticism from conservative pundits, somewhat unsurprisingly as the Republican Party wages a nationwide war against transgender rights. Those tensions were captured Thursday night, as Hannity welcomed Jenner to the Fox family with a clip of Florida governor Ron DeSantis lashing out at Disney employees for protesting recent anti-LGBTQ+ legislation in Florida. Jenner spent the majority of her spot telling the audience that being transgender was only “one part” of her life, reiterating that she’s a “patriot,” before calling herself a “common sense person” and reminding everyone that she helped raise 10 kids and has 20 grandchildren.

“My father fought in World War II. My mother is 95…and she’s a patriot. I grew up that way and I want that to continue,” Jenner said, trying to take the focus off the litany of anti-transgender bills that Republicans are passing (though she did concede LGBTQ+ issues will likely play an outsized role in the 2022 midterms). Hannity ended the segment asking her to agree with Florida’s new “Don’t Say Gay” law by spinning it as a way for U.S. educators to focus on “math, science, English” proficiency scores instead of a “woke” agenda. Jenner, shrugging, called the idea behind the Florida bill—or, at least, Hannity’s telling of it—“great.” “I’m a common sense person, and that’s what you call common sense,” Jenner said.

Even still, Jenner’s attempts to fit in with the Fox News crowd by draping herself in the American flag and giving reassurances that she’s supportive of Republican’s assault on LGBTQ+ rights (or at the very least, indifferent) will likely not win over some conservative media figures. “I’m embarrassed for my friends at Fox News,” wrote Blaze TV host Elijah Schaffer in response to the Jenner deal. Todd Starnes, a former Fox News Radio host who parted ways with the network in 2019 after a guest on his show accused Democrats of worshipping a pagan god synonymous with child sacrifice, said the hire “is not about ideology—it’s about the Almighty Dollar.” “No surprise that Fox would hire a transgender activist…. So someone ran the numbers and decided this was a good financial investment,” Starnes tweeted Thursday. Similarly, former Trump White House aide Darren Beattie mocked the move as a shrewd maneuver designed to shield Fox from criticism. “Caitlyn Jenner on Fox… so now the cattle can say they are not transphobic,” tweeted Beattie, a previous Tucker Carlson Tonight guest.

Jenner has always straddled a strange position in the GOP; an extremely wealthy, longtime Republican in Hollywood, who came out as transgender in 2015, Jenner has said that “It was easy to come out as trans. It was harder to come out as a Republican.” In 2021, after a failed run in the California gubernatorial race, Jenner called for Republicans to become “more inclusive.” It’s clear the party is going in the opposite direction, with a number of red states passing bills that ban trans students from participating in organized sports in some schools, and block trans youth from receiving gender-affirming care. In Texas, the governor deemed gender-affirming care as “child abuse,” targeting the parents of trans minors who do receive such care.

Jenner did receive a warm welcome from Fox personalities Tammy Bruce and Tomi Lahren. Lahren tweeted, “Proud to welcome [Jenner] to the Fox News family. She is a kind and wonderful human who fights harder for freedom and American values than most.” In a Thursday statement announcing the hire, Fox News Media CEO Suzanne Scott described Jenner as “an inspiration to us all” and “a trailblazer in the LGBTQ+ community.” Scott also noted that Jenner’s “illustrious career spans a variety of fields that will be a tremendous asset for our audience.”

— ​​Fox News Hosts Entertained Putin-Friendly Talking Points. Then Their Colleagues Were Killed in Ukraine
— The Life and Confessions of Mob Chef David Ruggerio
— Kremlin Keeps Blurring Its Red Line Around Nuclear War
— Calls for Recusals, Resignations, and Even Impeachment: Democrats Escalate Ethics Campaign Around Clarence Thomas
— Two Ukrainian AP Journalists Capture the Most Devastating Moments of War
— Trump: If I Was President I’d Threaten to Drop a Nuclear Bomb on Russia
— What Will Dems Do If Biden Doesn’t Run?
— Orgies, Beheadings, Jewish Space Lasers: Everything Kevin McCarthy Has Had to “Speak” to Republican Lawmakers About
— The Truth Behind Republicans’ Vile Questioning of Ketanji Brown Jackson
— From the Archive: Molly Bloom’s House of Cards
— Not a subscriber? Join Vanity Fair to receive full access to VF.com and the complete online archive now.