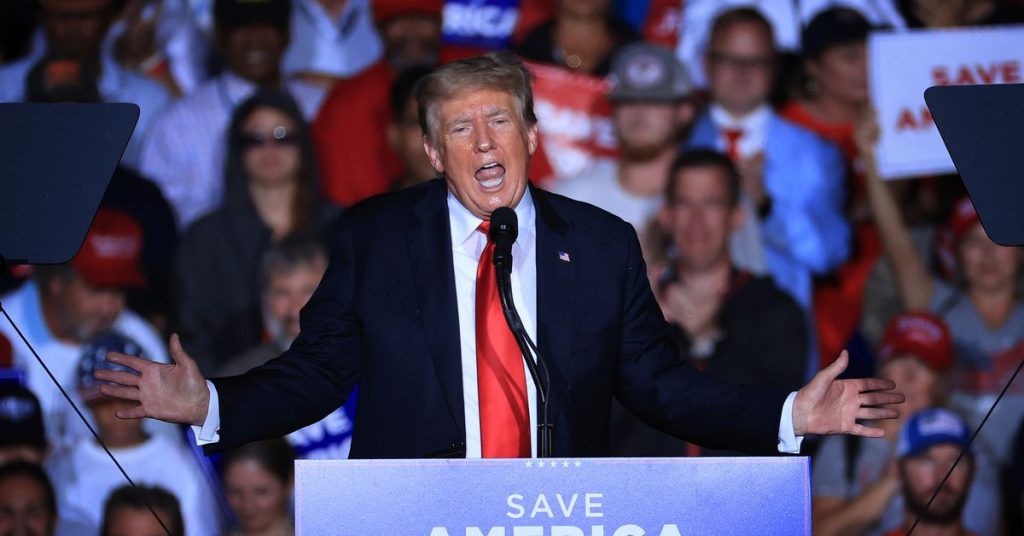 As part of the upcoming Triller Fight Club event on Sept. 11, former President Donald Trump will serve as a guest commentator for the upcoming card headlined by Evander Holyfield vs. Vitor Belfort.

Trump’s special “unfiltered boxing commentary” will be broadcast as part of the pay-per-view airing through FITE TV with the event taking place at the Seminole Hard Rock Hotel and Casino in Hollywood, Fla.

“I love great fighters and great fights,” Trump stated in a Triller press release. “I look forward to seeing both this Saturday night and sharing my thoughts ringside. You won’t want to miss this special event.”

Of course, before he got involved in politics, Trump hosted numerous combat sports events at his hotels and casinos in Atlantic City, N.J., which is how he actually became close friends with UFC President Dana White.

Trump is billed to “host and commentate” the event, which serves as Holyfield’s return to action for the first time in over a decade. Former heavyweight champion Holyfield, 58, comes out of retirement to box ex-UFC champ Belfort after his original opponent, Oscar De La Hoya, was forced off the card after contracting COVID-19. Belfort competes in just his second professional boxing fight after a 2006 debut.

The Triller Fight Club card also features former UFC champions Anderson Silva and Tito Ortiz in a boxing match. Ortiz will feel right at home with Trump providing commentary for his fight after he was a very outspoken supporter of the former president before and during his time in office.

Ortiz followed in Trump’s footsteps after he was elected to serve as mayor pro tem in his hometown of Huntington Beach, Calif. before eventually resigning his post just a few months after he took office.

Prior to this event, Trump has attended a pair of UFC cards in recent years including UFC 244 in New York in 2019. He then sat cageside for UFC 264 in Las Vegas in July. Now, he’ll sit in front of the microphone to provide his own take on the boxing taking place at Triller Fight Club in Florida.

In addition to Holyfield vs. Belfort and Ortiz vs. Silva, the upcoming show also features David Haye returning to action against Joe Fournier and Andy Vences taking on Jono Carroll.

The Triller Fight Club event costs $49.99 and is broadcast on FITE TV.