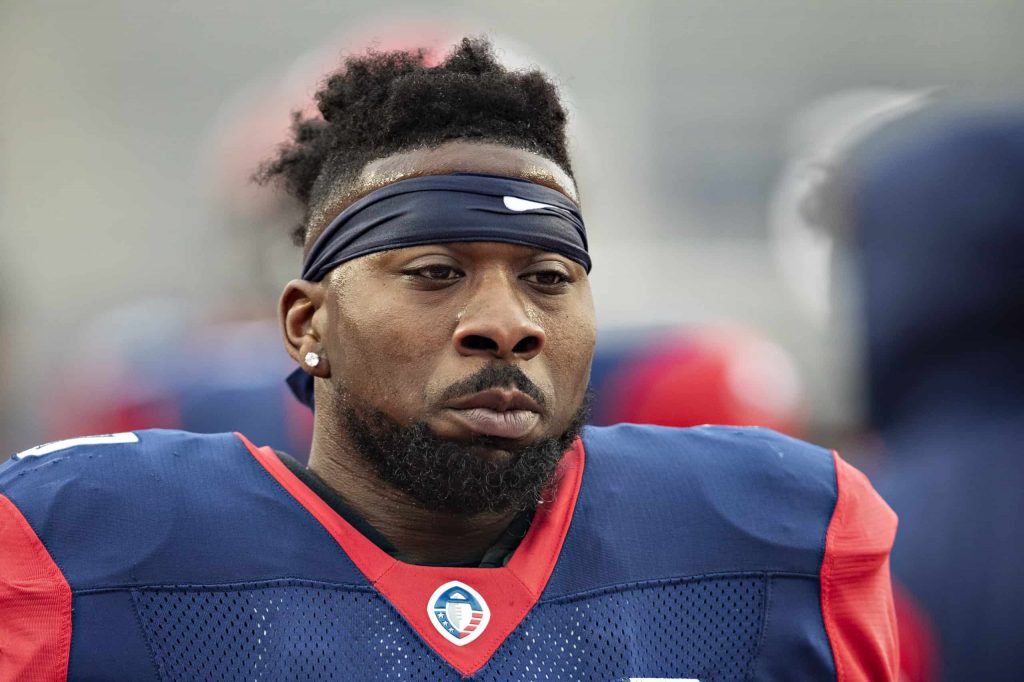 Former NFL player Zac Stacy is now in police custody after a video showed him beating on his ex-girlfriend and the mother of his 5-month-old son. As previously reported, police were urging Zac to turn himself in as he was charged with two felonies, aggravated assault, and criminal mischief.

According to TMZ, he is now in police custody after police initially thought he left the state after the incident, which took place last Saturday. He is now in custody in Orange County, FL, and records show the arresting agency is the Orlando Police Department. If convicted, he faces up to 15 years behind bars.

His ex Kristin Evans has been moved to an “undisclosed location,” for her safety. Video of the brutal attack started to make its rounds on social media after Kristin shared it asking for help with getting him placed behind bars.

In her social media post, she said, “PLEASE GET THIS MAN BEHIND BARS. THIS IS ME AND MY SON’S FATHER. He is a former NFL running back Zac Stacy, played for Vanderbilt. Please help me get justice.”

Police say that Zac was arrested late Thursday shortly after he flew into Florida from Tennesse. Police say he flew in “with the intention of turning himself in.”

As previously reported, the former NFL player was seen brutally hitting his ex Kristin before fleeing the scene. After the beating, she called authorities and filed a restraining order. In the original caption of her post, she said, “He is currently fleeing from Florida aggravated assault charges in Nashville, Tennessee.”

We’ll continue to keep you updated as this story develops.