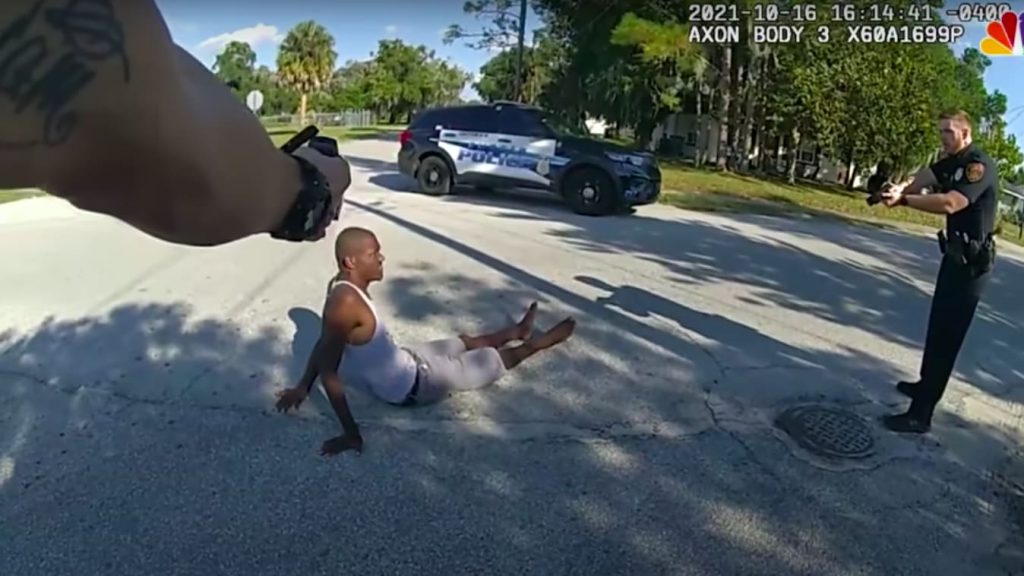 Bodycam footage has been released showing Florida cops tasing a Black man with severe autism, who family members say has the “mental capacity of a 4-year-old.”

The incident stemmed from a 911 call made to Eustis Police on Saturday about a possible home burglary. The caller said that a man, who she did not know, approached her house, and officers later found Louis Grahai wandering around the neighborhood barefoot.

After allegedly giving him multiple commands, two officers are seen in bodycam footage tasing the man until he falls to the ground.

“Get on your stomach!” one officer yells. “I don’t want to do it again!”

But Grahai seemingly does not comprehend what the officers are saying, and so they tase him again.

Grahai’s family said they rushed over and found him on the ground, pinned by the officers and bleeding from his ear. According to his family, the 20-year-old doesn’t typically wander away from home. He is unable to speak and wears diapers.

Crew said her son suffered neck and ear damage. He was released from the hospital Tuesday morning, but has had to wear a neck brace.

“If he didn’t [go] down when you tell him to, what is the next thing you’re going to do? Shoot him. That’s my worst nightmare,” she said.

Eustis Police Chief Craig Capri called it a “perfect storm” of factors and claimed police did the best they could.

“De-escalation was used here, based on the knowledge [officers] had at the time,” he told NBC Orlando.

“Had [they] known this was a severely autistic person, I doubt any force would have been used. I think they did everything right. It could have been a lot worse—thank God it wasn’t.”