Florida’s Department of Health recommended against transgender support for youth. Now hundreds of doctors are pushing back. 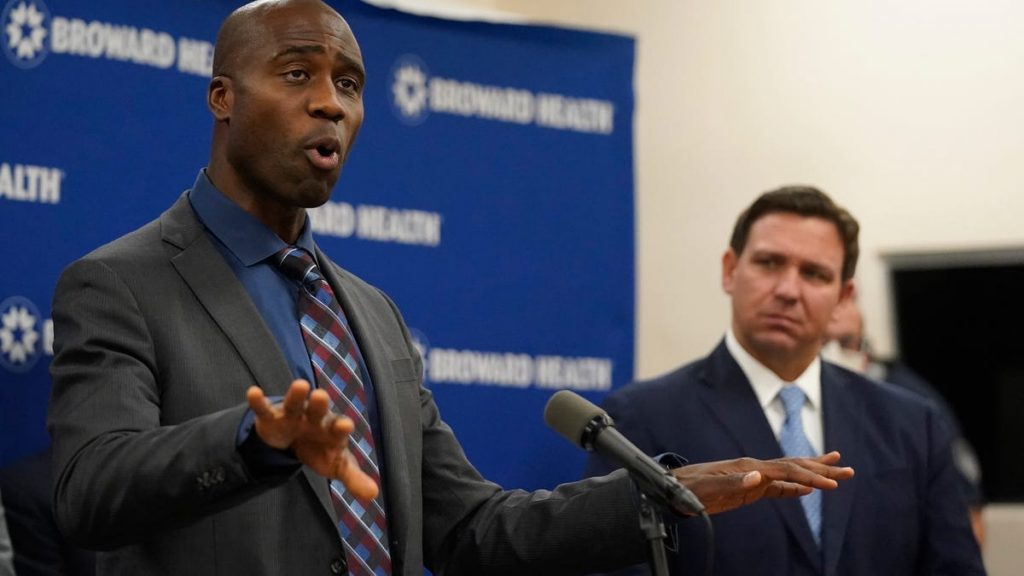 “This appears to be more of a political tool than guidance for what is best for children and their families in Florida,” said Dr. Michael Haller.

Physicians across Florida who provide care for transgender and gender diverse youth are pushing back in opposition to guidance released last week from the Florida Department of Health recommending against providing support for transgender transition.

More than 250 physicians, including many at the University of Florida College of Medicine, signed a letter objecting to the department’s statement on “Treatment of Gender Dysphoria for Children and Adolescents.”

Gender dysphoria refers to clinically significant feelings of distress resulting from feeling like one’s gender identity and physical characteristics are mismatched. Not all transgender people experience gender dysphoria, but for those that do, the mental distress can be debilitating.

The letter says that while “we need research to further improve care for transgender and gender diverse youth, taking away social support and medical care is not the answer.”

The Department of Health advised against treatment options that support gender transition for children and adolescents. The one-page statement says that due to a lack of conclusive evidence supporting treatments, and their long-term impacts, people younger than 18 should not receive support for social transition, hormone therapy, or gender reassignment surgery.

Dr. Kristin Dayton, director of UF Health’s Youth Gender Program, said Monday that no one from the DOH reached out to experts in the state to shape the new guidance. Her clinic in Gainesville is one of only three in the state with wrap-around services for families.

“We were very disappointed,” said Dr. Michael Haller, a professor in the UF College of Medicine and chief of pediatric endocrinology for UF Health during an interview with The Gainesville Sun, part of the USA TODAY Network, on Monday. “This appears to be more of a political tool than guidance for what is best for children and their families in Florida. The guidance seems intended to support a culture war rather than promote public health.”

Haller said the guidance against even social transition — which can include steps like changing a person’s name, pronouns or clothes — “is contrary to even the most conservative of guidelines.”

‘The care we provide is not experimental’

The state’s Department of Health is led by Dr. Joseph Ladapo, who also has a faculty appointment in the UF College of Medicine. The guidance, released last Wednesday, cites a number of studies in arguing too little is known about the lasting impacts of gender transition in youth.

Earlier this year, other physicians across the state called out Ladapo for what they called the politicization of public health.

“It is a clever misinterpretation of data,” Haller said. “There certainly is a need for more data. That is a fair point. However, the need for additional data does not imply that we can or should do nothing when there are more than enough data to support the likelihood of benefit.

“The care we provide is not experimental,” he said. “Medicine is always about risk-benefit management. We know that well-considered transgender support services reduce depression and suicidality and the overwhelming majority of experts in our field feel that the data are strongly in support of the benefits outweighing the risks.”

Haller said those exploring transgender support services are first given an in-depth psychological evaluation to understand the patient’s and family’s feelings about gender, as well as the duration and intensity of their gender identity and gender dysphoria.

“After that, and only after a patient has started puberty, would we consider pubertal blockers. This is done to temporarily stop the development of secondary sexual characteristics that are out of line with the patient’s gender identity. That step gives us adequate time to temporarily slow down development and ensure that ongoing therapy is appropriate.”

Haller said hormone replacement therapy may be considered for those in their mid-teens, but surgical procedures are not considered before the patient is 16, “and usually not until well after that.”

Haller said that as a tenured professor, he feels it important for him to speak out about what he sees at the hypocrisy of the DOH guidance because he fears it will prevent some families from seeking care and cause providers to fear retribution from state agencies for offering gender affirming care.

“The state’s guidance is clearly targeting a minority group that already is under-represented.” he said. “If followed, their recommendations would worsen the overall health and well-being of children in Florida.”

Haller said he has seen increased political considerations over public health since the start of the COVID-19 pandemic.

Dayton, the youth gender clinic director, said families have begun reaching out over fears of what the DOH guidelines might mean. “Providers and families are nervous about what this might mean. Can they still get insurance coverage? Will pharmacies fill prescriptions?” she said.

The DOH statement says its intent is to respond to a fact sheet released by the U.S Department of Health and Human Services earlier this month that supports “gender-affirming care” for youth.

DOH says its advice is “consistent with the federal Centers for Medicare and Medicaid Services” that state surgery and hormone therapy may be deemed medically necessary only for people at least 18 years old. And the guidelines do not apply to children born with genetic and chromosomal disorders.

Calls for an additional response from DOH were not returned Monday.

Groups that support and advocate for the LGBTQ+ community are tracking efforts in the state Legislature this year they say will erode their rights.

“Once again, @GovRonDeSantis seeks to replace science and the safety of young people with political propaganda,” tweeted Equality Florida, which advocates for the LGBTQ+ community. “Parents should be deciding, in partnership with their child’s doctor, based on science, not politics, what is best for their children.”

Once again, @GovRonDeSantis seeks to replace science and the safety of young people with political propaganda. The Florida Department of Health has released non-binding guidance opposing science-backed health care resources for parents of transgender children. (1/4) https://t.co/AiAxQUmTZ3

On Friday, Tennessee Gov. Bill Lee signed a bill into law that requires transgender students in the state to compete in school sports according to their sex assigned on their birth certificate, following similar laws this year in Mississippi and Arkansas.