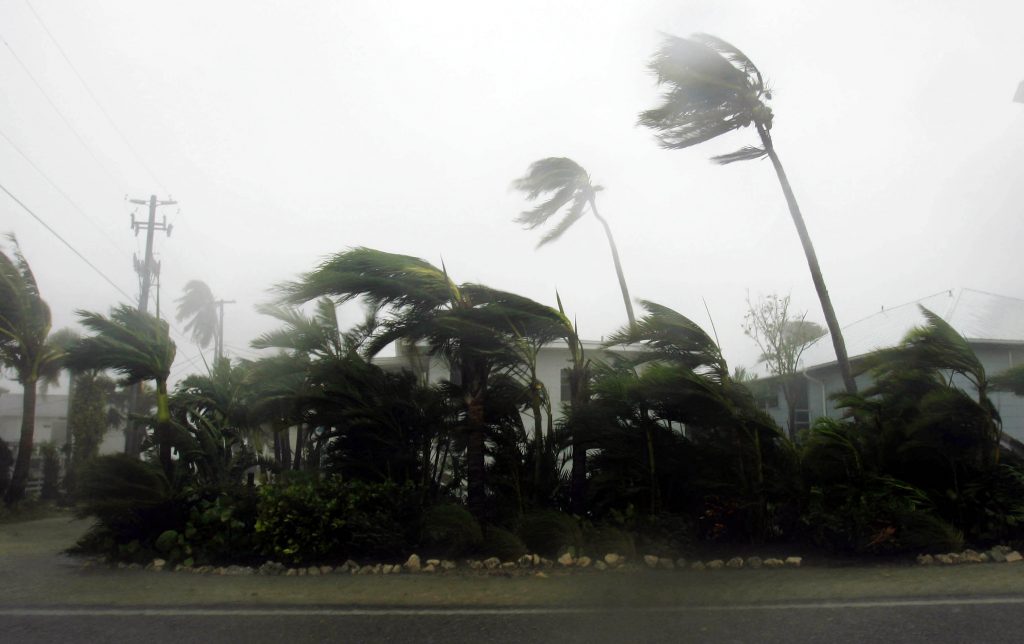 According to the National Ocean Service, a waterspout is a type of tornado that can either form over water, or move from land to water. This type of weather event is often associated with severe thunderstorms, which can include high winds, hail and lightning.

“Essentially, because a waterspout is basically a tornado over water, that means that the waterspout ended up being a tornado as it moved onshore,” Ross Giarratana, a meteorologist with the National Weather Service (NWS) in Tampa, told the Fort Myers News-Press.

The tornado touched down on the beach around 12 p.m., according to videos posted on social media. Meteorologists typically measure the force of a waterspout using the Enhanced Fujita scale, however, Giarratana said they were unable to determine exactly how strong it was based off the video footage.

The NWS said the tornado dissipated quickly, and that no injuries have been reported.

Witnesses said the tornado caused garbage cans to topple over and created minor damage across Lani Kai Beach Resort. Video footage captured the tornado quickly touching down, while visitors on the beach ran to safety.

“I was just trying to check out a patch at a table because it started to rain a little heavy,” Lisa Wanjiku, a waitress at a local beachfront restaurant told the News-Press. “When I turned around it was picking up chairs and strollers, and trashcans were flying all over the place. It was a scary commotion with everybody, but it was also shocking to see tourists still standing out on the beach because they didn’t understand what was going on.”

Scott Trevino, who was at a resort bar, told the news outlet that it looked like a “huge swell of wind,” which damaged part of the building.

The tornado occurred as part of a larger storm system moving over Southwest Florida that brought in colder temperatures across the region. In nearby Collier County, so far more than 4,500 have experienced power outages due to the weather, according to Florida Power & Light.

“Widespread hazards are in effect today across the Eastern U.S. as a powerful cold front and low pressure system plow through the region. The hazards include winter storm warnings, widespread wind advisories and currently a tornado watch in effect across Florida until 11am,” the NWS said in a statement on Saturday.