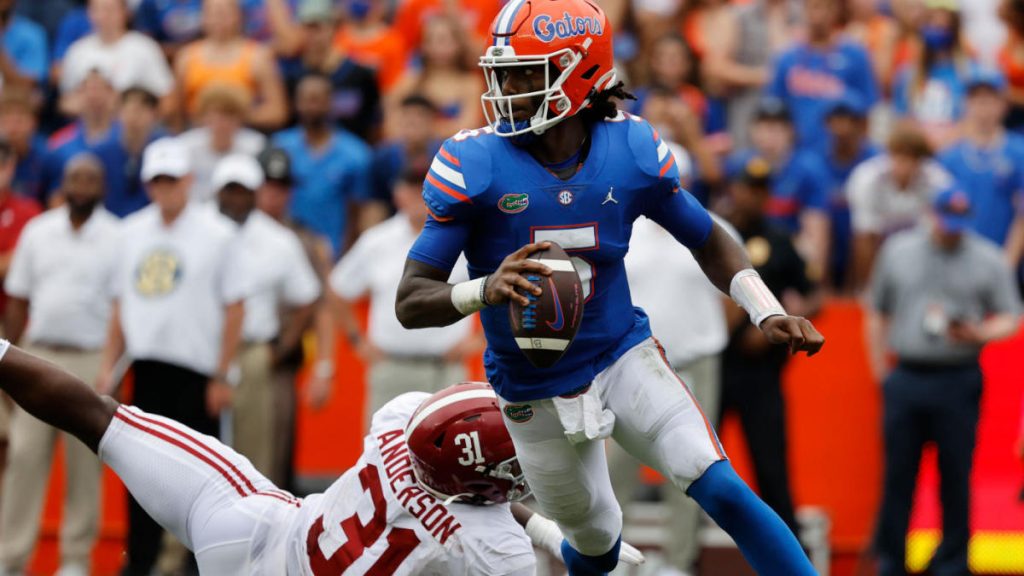 No. 11 Florida will try to get back on the winning track when SEC East rival Tennessee travels to The Swamp on Saturday night. The Gators are coming off of a tough 31-29 loss last week in Gainesville, Florida, against No. 1 Alabama — a game in which the Gators defense actually played lights out over the final three quarters, holding the mighty Crimson Tide to just 91 rushing yards. That gave Florida’s offense a chance to mount a comeback after falling behind 21-3. Though Dan Mullen’s team ultimately came up short, it proved it had a formula to compete with the best teams in the country.

The Volunteers, meanwhile, shut out Tennessee Tech in Week 3. The offense seemed to click with Hendon Hooker taking the snaps in place of Joe Milton III, as the Virginia Tech transfer threw for 215 yards and three touchdowns. Can Hooker replicate that performance against a much stiffer defense? Coach Josh Heupel will have to draw up his best game plan yet of the 2021 season.

What will happen on Saturday night? Let’s break down the game and make picks straight up and against the spread.

Check out CBS Sports’ LIVE coverage of Florida vs. Tennessee.

Florida vs. Tennessee: Need to know

Milton or Hooker?: Heupel was mum on who will start under center now that Milton is healthy enough to play. However, it’s hard to ignore how much Hooker has stabilized the offense since coming off the bench in the Week 3 loss to Pitt. Does he have the arm strength of Milton? No, but Hooker has completed north of 70% of his passes compared to Milton’s 51.4% completion rate. It’s obvious which player should start to anyone who watched all three Tennessee games. Will Heupel make that right decision? That question will likely be answered as soon as the offense takes the field. After all, it wouldn’t hurt to make Florida prepare for both.

The new-look Florida offense: Mullen made an adjustment last weekend when he worked in more zone-read and quarterback run looks into the offensive scheme after it became clear that quarterback Emory Jones hasn’t developed as a passer. It worked so well that it kept Florida in the Alabama game until the bitter end. Now it’s on Mullen to build off of that. Instead of trying to force Jones into something he’s not, Mullen should find four or five things Jones does well through the air and cater the passing attack to his strengths. If he does, it’ll give Florida a chance to repeat as SEC East champs.

Mismatch in the trenches: Florida won the battle at the line of scrimmage for the majority of last week’s loss. That was especially true on defense, which stymied the Tide’s rushing attack and forced quarterback Bryce Young out of the pocket. That’s bad news for the Volunteers, which have given up a league-worst nine sacks and 14 tackles for loss. Something has to change if Tennessee is going to move the ball effectively against the Gators.

How to watch Florida vs. Tennessee live

Yes, it was against Tennessee Tech, but the Volunteers found something on defense that looked fundamentally sound for the first time. That bodes well against a Florida attack that will likely employ more zone-read features into the offense. Expect both teams to struggle to move up and down the field. Florida will win, control the game and its defense will shine yet again … but Tennessee will have enough success to cover the 20 points. Prediction: Tennessee (+20)

Which college football picks can you make with confidence in Week 4, and which Top 25 favorite goes down hard? Visit SportsLine to see which teams will win and cover the spread — all from a proven computer model that has returned almost $3,000 in profit over the past five-plus seasons — and find out.