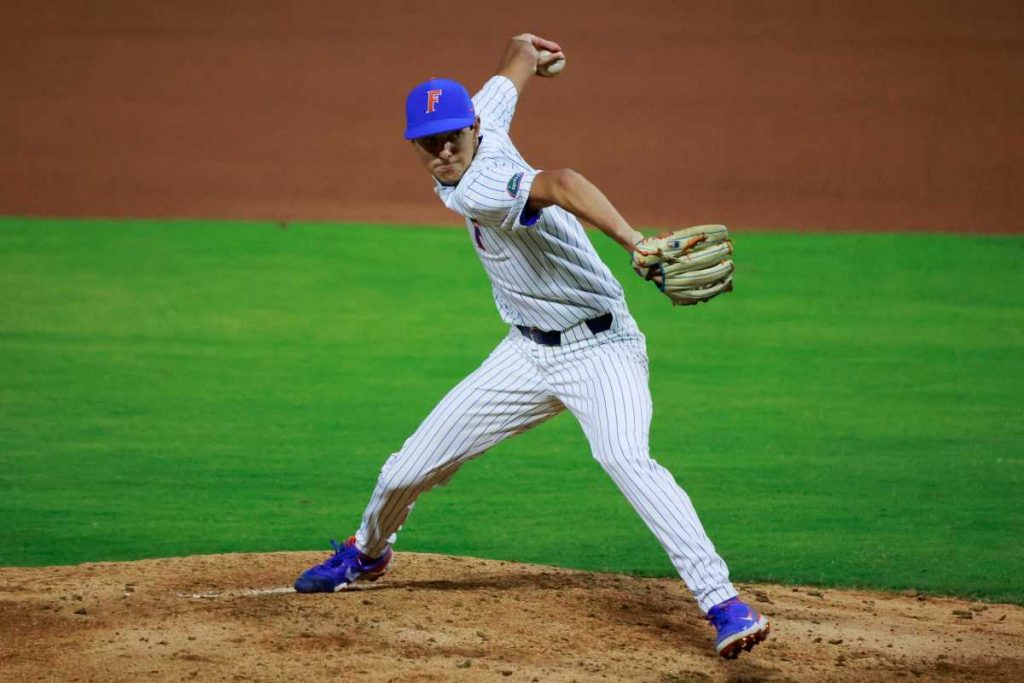 The second of three matchups this season between Florida and No. 19 Florida State takes place on Tuesday. Can the Seminoles even the season series?

In-state rivals Florida and No. 19 Florida State play three non-consecutive games throughout the season. The second of those three takes place this Tuesday in Tallahassee.

How to Watch Florida vs. Florida State in College Baseball Today:

Florida won the first meeting between the two 6-3 on March 29. Sophomore shortstop Josh Rivera came up a triple short of the cycle in that game. He went 3-for-4 with three runs driven in.

Since that win, Florida has gone 3-4. However, the Gators picked up a significant shift in momentum over the weekend, taking the second and third games of a three-game series against No. 2 Arkansas. Florida won 7-2 on Friday and 9-7 on Saturday. Those wins moved its record to 21-11 on the season.

Sophomore outfielder Wyatt Langford found a rhythm in that series. Between the two wins, he went 4-for-7 with five runs driven in and a home run in each game. Through 32 games, Langford leads the Gators in most major offensive statistical categories, including batting average (.350) and RBIs (36). With his two home runs over the weekend, he’s now second in home runs with 12, behind Jud Fabian’s 13.

This weekend, Florida State grabbed one game of a three-game series against Georgia Tech.

Senior outfielder Reese Albert is the Seminoles top hitter. He comes into this game, hitting .355 this year in 28 games.