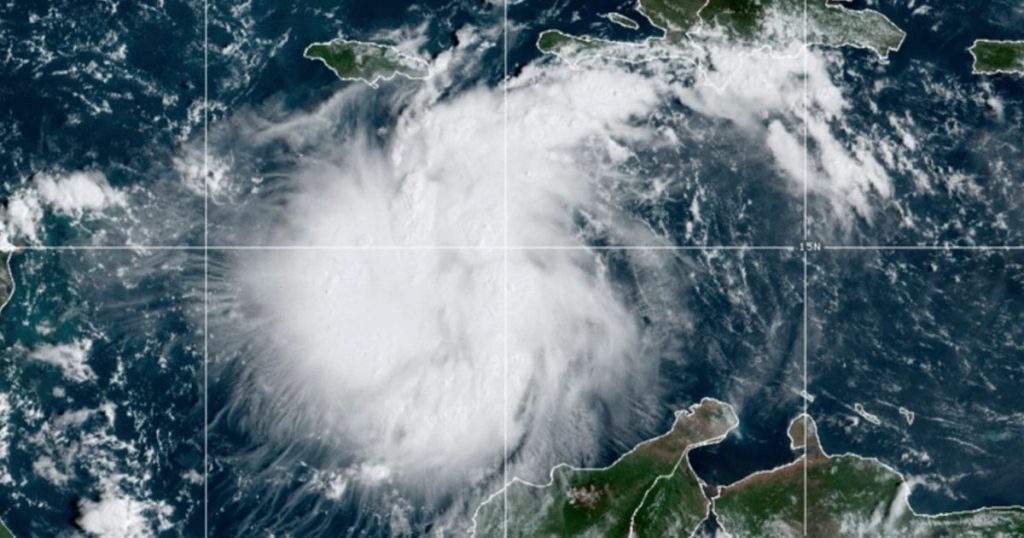 President Joe Biden on Saturday approved an emergency declaration for Florida as the state faces a potential major hurricane from what is now Tropical Storm Ian, the White House said.

The storm, currently in the central Caribbean Sea, is expected to become a hurricane by late Sunday and to become a major hurricane — meaning a Category 3 — by Monday or Tuesday, forecasters said.

It could approach Florida’s western coast by Wednesday or Thursday, according to the National Hurricane Center.

“Regardless of Ian’s exact track, there is a risk of dangerous storm surge, hurricane-force winds, and heavy rainfall along the west coast of Florida and the Florida Panhandle by the middle of next week,” the weather agency said in a forecast discussion.

Gov. Ron DeSantis on Friday had declared a state of emergency for 24 counties when the system was a tropical depression.

On Saturday, the governor expanded that to apply statewide, citing the risk of a major hurricane making landfall on Florida’s western coast.

Biden also postponed a Florida trip scheduled for Tuesday because of the storm, the White House said Saturday. The president had planned to go to Fort Lauderdale and then to a Democratic National Committee rally in Orlando. The DNC said the rally is postponed.

Before the storm gets close to Florida, it is predicted to become a hurricane and pass near or west of the Cayman Islands, south of Cuba, the hurricane center said.

Cayman Islands Premier Wayne Panton urged residents to get ready for the storm and to also check in on neighbors.

Ian will move near or over western Cuba late Monday before getting into the Gulf of Mexico, the hurricane center said. Cuba could get up to a foot of rain and the Cayman Islands could see up to 10 inches in some areas.

The center of the storm was about 430 miles southeast of Grand Cayman at 8 p.m. ET Saturday, according to the hurricane center. It was moving west at 14 mph but was predicted to turn northwest Sunday and Monday, it said.

The Atlantic hurricane season begins on June 1 and ends on Nov. 30, and so far it had been relatively quiet for southern Florida.

“I thought we were going to be OK this year because it is pretty far into the season, but it looks like one snuck up on us,” Pamela Shook of Bonita Springs, south of Fort Myers, told NBC affiliate WBBH.

Bonita Springs was among the communities that suffered flooding and other impacts from Hurricane Irma in 2017, which struck the Florida Keys as a Category 4 and Southwestern Florida as a Category 3 storm.

It caused widespread devastation. Ten people died in the U.S. directly from the storms, and there were 82 “indirect” deaths, most of which were in Florida, according to a National Hurricane Center report.