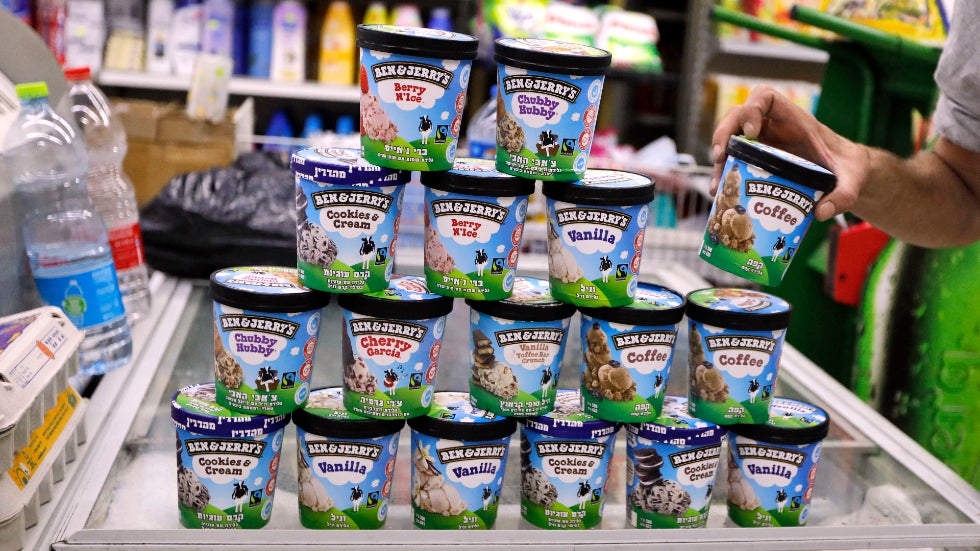 Ron DeSantisMeghan McCain predicts DeSantis would put Harris ‘in the ground’ in 2024 matchup Republican who went maskless now says coronavirus ‘wants to kill us’ DeSantis challenger Nikki Fried says she does not support statewide mask mandate in Florida MORE (R) announced that Unilever was added to the “Scrutinized Companies that Boycott Israel” list in a statement on Tuesday, saying Florida is “sending a message to corporate America that we will defend our strong relationship with the Jewish State.”

“I will not stand idly by as woke corporate ideologues seek to boycott and divest from our ally, Israel,” DeSantis continued.

The Hill has reached out to Unilever for comment.

The move comes after Ben & Jerry’s garnered international attention last month over its decision to stop selling its products in the occupied West Bank and east Jerusalem.

The company said on July 19 that it is “inconsistent with our values for Ben & Jerry’s ice cream to be sold in the Occupied Palestinian Territory.”

Days later, DeSantis urged the State Board of Administration of Florida to place Ben & Jerry’s and Unilever on its “Continued Examination Companies that Boycott Israel List.”

In a letter to DeSantis dated Monday, the state board said it conducted an “engagement call” with Unilever Investor Relations last week and received indication that the parent company has “no current plan to prevent Ben & Jerry’s from terminating business activities in Israeli-controlled territories.”

Unilever was added to the list on Thursday, DeSantis’s office said. Ben & Jerry’s now has 90 days to “cease its boycott” of Israel, otherwise Unilever will be subject to an “investment prohibition” and the state will not contract with the company or its subsidiaries.

“Given the guidance from Unilever’s investor relations team and the vociferous statements of Ben and Jerry themselves supporting their eponymous company’s decision to engage in the BDS [boycott, divestment and sanctions] movement, it appears likely that these punitive measures will go into effect,” DeSantis’s office said.