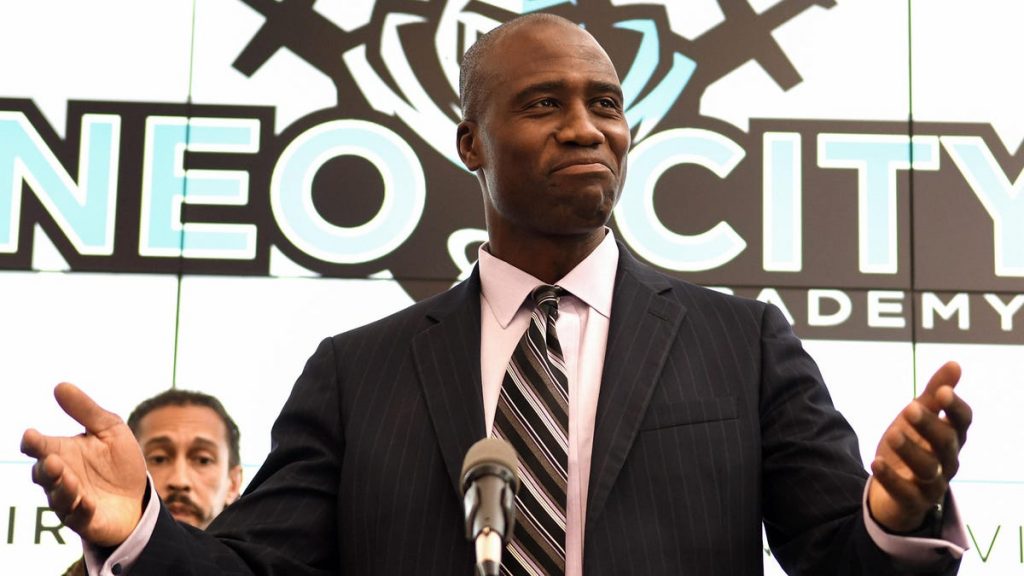 Florida’s polarizing surgeon general is again breaking with basic guidelines to prevent the spread of coronavirus, saying Tuesday he cannot “communicate clearly” while wearing a face mask, an assertion he made in response to criticism over his refusal to wear a mask while meeting with a Democratic state senator last week, who ended up kicking him out of her office.

Dr. Joseph Ladapo said in a statement that he “attempted in good faith” to find a way to speak with State Sen. Tina Polsky (D), who requires mask-wearing in her office.

Polsky, who recently underwent surgery for breast cancer, was seeking to speak with Ladapo ahead of his Senate confirmation hearing, which Polsky said ended up leading to a “negotiation” over how to safely do so since Ladapo refused to wear a mask.

Ladapo suggested the two go outside to speak, but Polsky said it was too hot, before ultimately telling Ladapo to leave.

Polsky told WPTV-TV that Ladapo is the only person who’s ever been to her office who hasn’t complied with the mask requirement, saying his refusal came off as “smug,” adding, “I think he was enjoying it.”

“Having a conversation with someone while wearing a mask is not something I find productive, especially when other options exist,” Ladapo said in a statement posted on Twitter. “It is important to me to communicate clearly and effectively with people. I can’t do that when half of my face is covered.”

Ladapo’s Covid vaccination status. A Department of Health spokesman told Politico he was unable to share that information.

Ladapo hasn’t been confirmed as surgeon general yet, but he’s served in that role since being appointed by Florida Gov. Ron DeSantis (R) on September 21. Tapping Ladapo for the post was highly controversial, given the Harvard-trained doctor’s loud opposition to Covid restrictions. Ladapo once railed against such restrictions in a Wall Street Journal opinion piece as nothing more than “Covid mania,” saying that keeping kids out of school over Covid concerns is a danger to public health. He also said at his introductory news conference that getting vaccinated is akin to eating fruits and vegetables to stay healthy. “There is nothing special about them compared to any other preventative measure,” he said of vaccines. In his first full day on the job, Ladapo issued an emergency rule ending the requirement for students exposed to Covid to stay away from campus for at least four days.

In an editorial published on Monday, the Orlando Sentinel called on the Senate to reject Ladapo’s confirmation over the Polsky exchange. “What kind of person—what kind of physician—refuses such a simple request from a cancer patient in the midst of a pandemic caused by a highly contagious and deadly airborne virus?” the newspaper’s editorial board wrote.

Joseph Ladapo is unfit to be Florida’s surgeon general, and the Senate needs to reject him | Editorial (Orlando Sentinel)