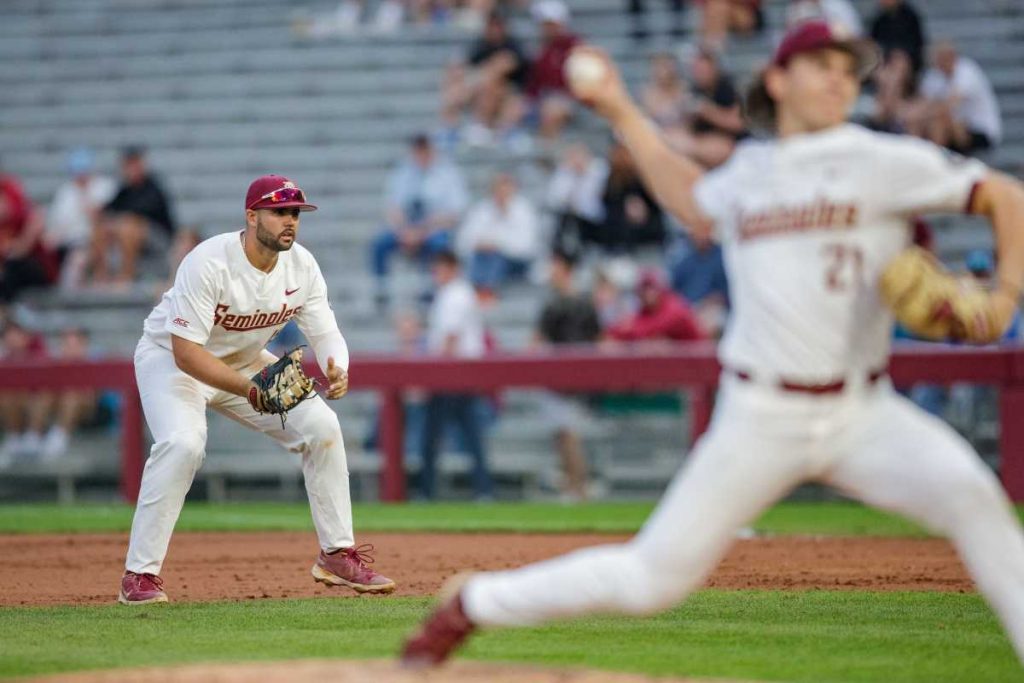 Tonight’s game will have pride on the line as cross-state rivals Florida State and Florida meet in a non-conference game.

Florida State will travel to its in-state rival, Florida, today for a non-conference matchup. The Seminoles are currently 32-18 overall and 15-12 in the ACC. The Gators are 32-19 on the season and 13-14 in SEC play.

How to Watch Florida State at Florida in College Baseball Today:

Live stream the Florida State at Florida game on fuboTV: Start with a 7-day free trial!

In their last outing, the Seminoles picked up a 6-4 win over Miami to secure the series win. The game was back and forth with Florida State scoring first and taking an early 2-0 lead. The Hurricanes cut that lead in half in the second inning before taking a 3-2 lead in the third. The Seminoles found themselves back on top in the fourth with another three runs to make the score 5-3. One more run in the seventh extended the lead to 6-3. The Canes scored one more run in the eighth, but it wasn’t enough to overcome the Seminoles.

The Gators picked up a series win this past weekend, as well, winning two out of three against Missouri. Florida won the first game 13-1, fell 5-3 in the second game and came from behind in the third game to beat the Tigers 4-3.

With both teams gearing up for their last conference series this weekend and preparing for their conference tournaments the following weekend, today’s game will be perfect to work out the kinks in a highly competitive, high-pressure environment considering the rivalry between the two teams.