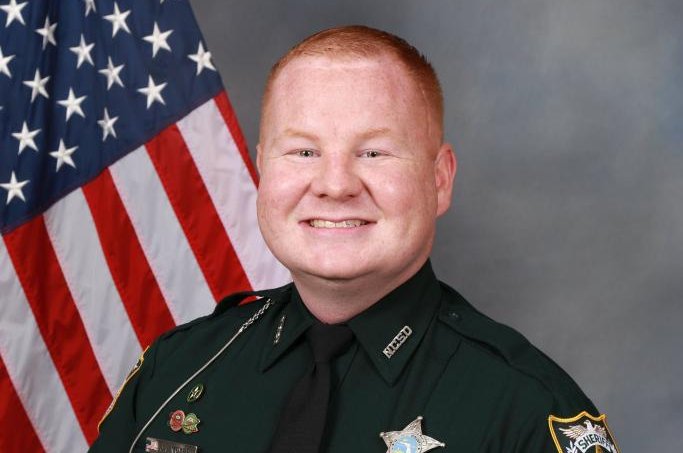 Sept. 27 (UPI) — A Florida sheriff’s deputy has died after being shot during a traffic stop late last week.

Nassau County Sheriff Bill Leeper said Sunday that deputy Josh Moyers had died that afternoon at UF Health In Jacksonville where he was being treated for two gunshot wounds.

“Please keep Josh’s family and fiancé in your thoughts and prayers as we navigate this terrible tragedy,” he said via Twitter.

Leeper had announced during an earlier press conference that Moyers, 29, was not going to survive, and that his family had decided to donate his organs.

The announcement of Moyers’ death was made as officers were searching for Patrick McDowell, 35, who has been accused of fatally shooting Moyers on early Friday.

Leeper said McDowell shot Moyers once in the face and then in the back after the deputy pulled him over after midnight Friday.

The sheriff’s office of Nassau County, which is located just north of Jacksonville, has launched a manhunt for McDowell who authorities said is “armed and dangerous.”

“We now have a murderer on the loose in our community,” Leeper said.

Over Saturday night, police found a flashlight and a hat they believe to be McDowell, leaving authorities to believe that the suspect was still in the area, he said.

“This guy is dangerous” Leeper said. “If you’re in a home, and he breaks into your home and you have a gun, blow him out the door, cause he’s like a rabid animal. He will kill you, with his mindset. What he did to that deputy was uncalled for and unnecessary and he needs to pay for it.”

A reward of up to $35,500 has been offered for information that leads to McDowell’s arrest.