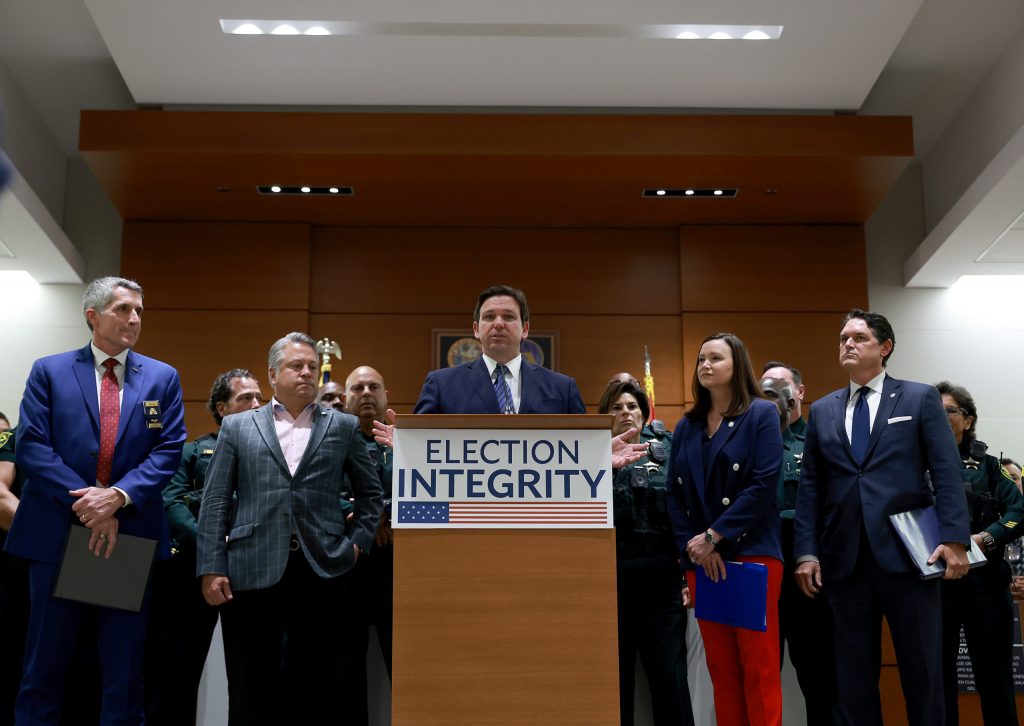 Yet another case involving a Floridian caught up in Florida Gov. Ron Desantis’s voter fraud task force stunt has been settled, but this time DeSantis’s office is counting it as a win.

On Monday, 56-year-old Romona Oliver accepted a plea deal after she was arrested in August for allegedly voting illegally. Because she pleaded no contest, statewide prosecutors have dropped another felony charge against her and credited her for time served after she spent a few hours in Hillsborough County jail on the day she was first arrested.

Oliver was one of 20 people arrested by DeSantis’s new Office of Election Crimes and Security on Aug. 18. The Republican governor launched the division within Florida’s Department of State to stir up MAGA support and give headway to the Big Lie after he was criticized by Trumpers for refusing to conduct a post-election audit back in 2020.

“In 2020, Florida ran an efficient, transparent election that avoided the major problems we saw in other states,” DeSantis said during the news conference announcing the arrests. “At the same time, the election was not perfect, which is why we continue our efforts to ensure the integrity of our elections.”

The office sought out 20 formerly incarcerated residents who’d registered to vote and cast a ballot in the 2020 election, even though they thought they were allowed to vote under 2018’s Amendment 4—a constitutional amendment that reinstated suffrage for convicted felons. Amendment 4 excludes people who’ve been convicted of murder or felony sex crimes, but several of the individuals caught up in the arrests said that they hadn’t known they were ineligible and, crucially, no election officials stopped them from voting. In some cases, election administrators even helped them register to vote.

Oliver was swept up in the stunt after she voted in the 2020 election despite having been convicted of second-degree murder in 2000. Her arrest was caught on video by police body cameras and went viral two months later.

“Voter fraud?” she told the police when they approached her in her driveway. “I voted, but I ain’t commit no fraud.”

Oliver was facing up to five years in prison for her charges, but pleading no contest means that she can avoid any more jail time, as well as probation, community service and mandatory court fees.

“Essentially, zero consequences except for all the stress she’s been under for the last three months,” her attorney Mark Rankin told the Miami Herald.

Even though this is the third of the arrests that hasn’t gone to trial, statewide prosecutors are still netting it as a win.

“The Office of Statewide Prosecution is pleased to secure the felony conviction on illegal voting,” Statewide Prosecutor Nick Cox said in a statement.
Oliver is the third arrestee in a row to avoid jail time for alleged voter fraud. Charges were dropped against Tampa resident Tony Patterson last week, and Miami resident Robert Lee Wood’s case was dismissed in October.