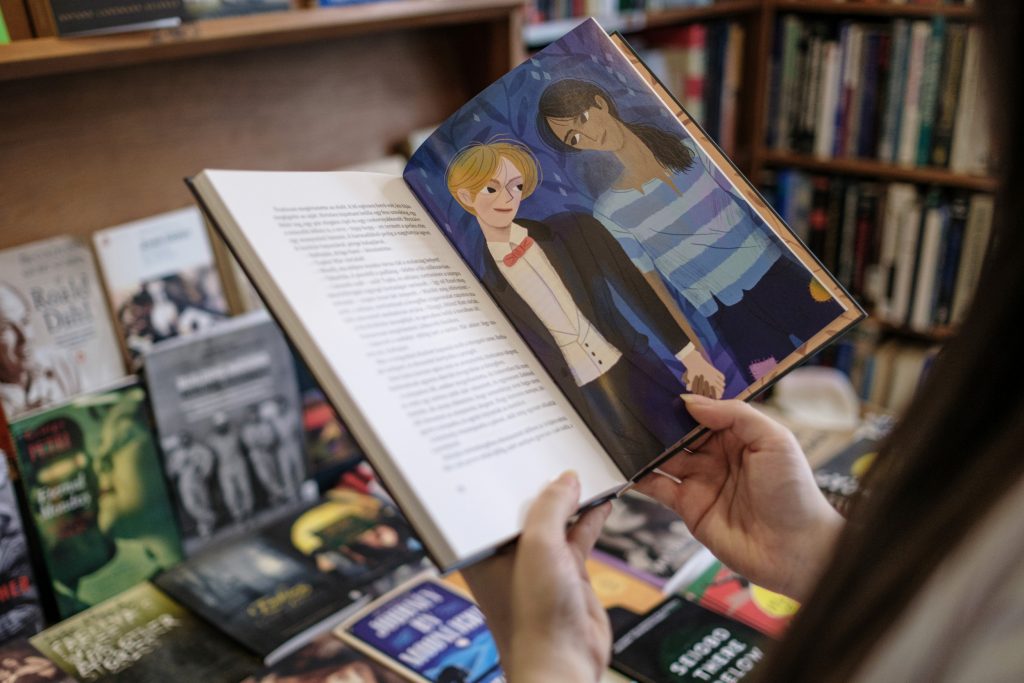 A school board member in Florida filed a criminal complaint with the local sheriff’s office over an LGBTQ memoir found in the school’s library.

Jill Woolbright, who’s on the Flager County School Board, filed the complaint last week over sexual content in the book “All Boys Aren’t Blue: A Memoir-Manifesto” written by a New Jersey author, journalist and LGBTQ activist George M. Johnson. The book was found on the shelves of Palm Coast High School, Matanzas High School and Buddy Taylor Middle School.

Johnson’s memoir-manifesto details their life and what it was like growing up as a Black, nonbinary and queer person in America. It explores racism, homophobia, toxic masculinity, white supremacy, sexual assault and the loss of virginity.

“I wanted [readers] to know that someone had already existed in the world just like them; that somebody like myself was fighting for them to have a better existence than I had,” Johnson said. Their memoir also comes with a content warning that informs readers there is graphic content based on the author’s personal experiences.

The school board member told the Flagler County Sheriff’s Office, “It’s a crime to have the book in the media centers,” WESH reported. Woolbright admitted that she didn’t read the entire book but found two chapters pertaining to sexual encounters particularly offensive.

Woolbright felt the book was inappropriate for students in the district so she brought her concerns to the superintendent, but said that school board members were not notified like she asked, according to WESH.

Earlier this month, Woolbright questioned if the district’s media center followed a specific policy for selecting and approving books or if there was a handbook to advise them. She suggested it was possible more inappropriate books could be on the library’s shelves if one had “gotten through somehow because of our lack of procedures.”

Woolbright told WESH that it doesn’t matter what Johnson’s book is about if parts of it are obscene.

“It’s not even about my opinion — it’s about the state law,” she continued, referring to state statute Chapter 1006 on support for learning services. The law examines how a school board manages content accessible to students. It also states that anything pornographic is not suited for students.

Johnson expected their book, which is primarily intended for Black, queer youth, to face criticism but aspired to tell the truth about what it was like growing up with those intersections. They added that although their book had been removed by a number of schools in other states, it’s important for teens to know they are not alone.

“My book is not what is doing your child harm – it is you who will do your child harm by not allowing them to one: learn that other people exist in this world who have a different lived experience than them and, two: not allowing them to have the language or this particular resource to deal with the problems that will come to them in this world when they arise,” Johnson said.

Some Flager County Schools students are planning to protest against censorship and Woolbright’s complaint on November 16, according to WESH.

Newsweek reached out to the school district for comment.