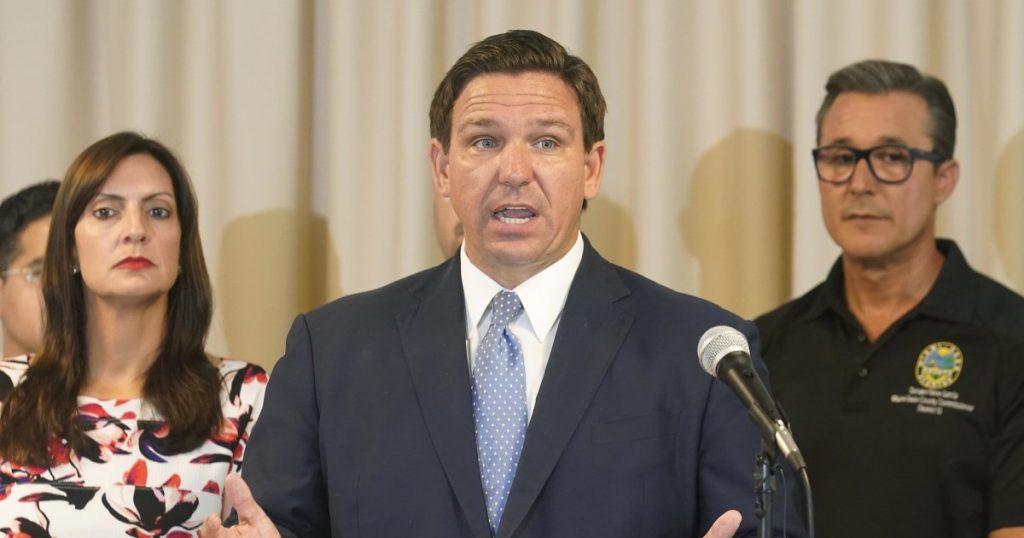 The actual penalties by the board, which comprises DeSantis appointees, are yet to be determined, but the votes marked the first punishments for districts that chose to mandate masks amid a surge in Covid cases from the delta variant of the coronavirus as the school year gets underway.

The DeSantis administration contends that the Alachua and Broward county public school districts do not allow parents to freely opt their children out of the mask mandate, instead requiring doctor’s notes for students to bypass masking.

School officials defended the mandates at a more-than-two-hour hearing, saying they were the best way to limit the spread of Covid in their districts short of vaccination. Children younger than 12 are not eligible to be vaccinated.

Carlee Simon, superintendent of the Alachua County Public Schools, said a large number of students in her district had to quarantine just days into the school year because of contact with infected people. During a portion of the conference call open to public comment, several people took issue with the state’s handling of mask policies, condemning the efforts to sanction school officials. Others expressed anger over the new mandates.

The delta variant has hit Florida hard, with coronavirus cases and hospitalizations reaching record highs. The state had recorded nearly 3 million cases and more than 41,000 deaths throughout the pandemic as of Tuesday, according to NBC News counts.

DeSantis, widely viewed as a possible 2024 Republican presidential contender, was one of several governors who signed laws or executive orders banning mask mandates. A handful of school districts in the state have enacted such mandates anyway with the school year starting. That led DeSantis to threaten to withhold funding from districts that ran afoul of his order. So far, his administration has threatened to withhold state funding equal to the salaries of superintendents and all school board members — a six-figure total in those districts.

In Arizona on Tuesday, Gov. Doug Ducey announced the creation of two school grant programs that will award federal virus relief funds. One will award $1,800 per student to school districts, but those that require masks or have to close because of Covid-19 outbreaks won’t be eligible.

The other will offer families $7,000 for each student whose public school requires isolating or quarantining because of Covid exposure, or requires masks or gives preferential treatment to children who have been vaccinated.

“Safety recommendations are welcomed and encouraged — mandates that place more stress on students and families aren’t,” Ducey said in a statement.

In Florida, Arizona and six other states, officials remain steadfast in upholding and promoting their bans and threatening local officials who defy them with court action and possible sanctions. New polling has shown school masking to be popular with the public — including a sizable number of Republicans.

Allan Smith is a political reporter for NBC News.