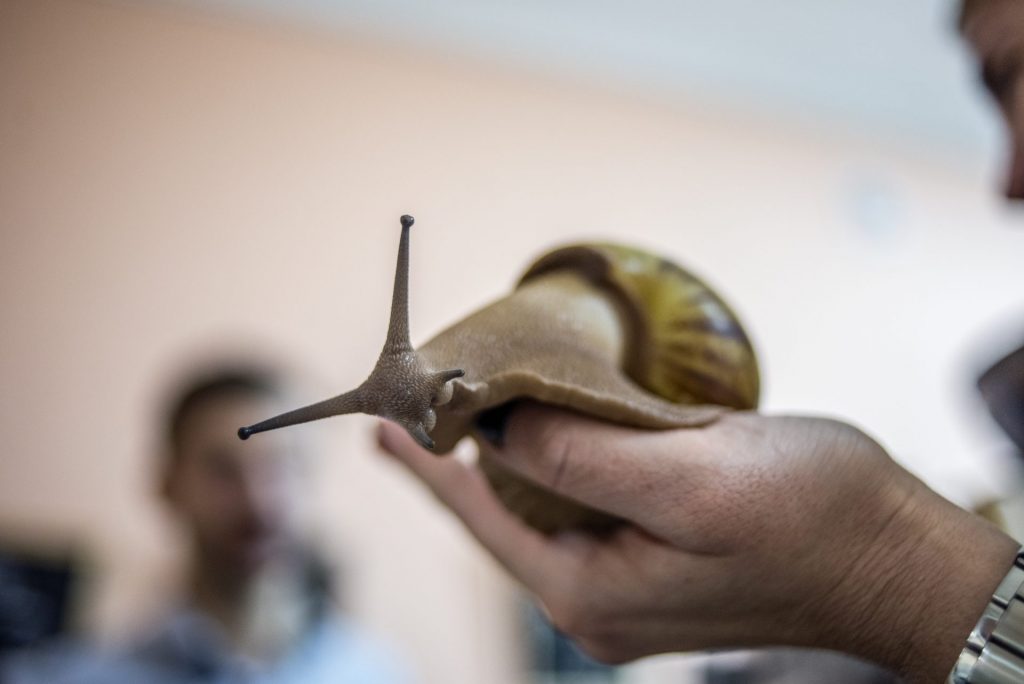 Whew! This is the stuff nightmares are made out of! A Florida town is under quarantine after officials discovered a growing population of giant African land snails. These creatures can grow up to eight inches long, which is the typical size of larger rats. They pose both a threat to humans and the environment the species invades.

The giant land snails are native to East Africa, but the Florida Department of Agriculture and Consumer Services (FDACS) confirmed their presence in Pasco County. A county master gardener reported the presence of the pests in the New Port Richey area, and the FDACS confirmed it on June 23.

How Did African Snails End Up In Florida?

When exotic pet owners release or lose the giant snails, they become a nuisance for the surrounding community. Besides their large growth, the snails also chow down at least 500 species of plants. But they don’t just threaten local greenery. The foreign animals also see the paint and stucco from homes and buildings as a yummy treat.

Their latest invasion marks the third time the species has appeared in Florida. They were first detected in 1969 but weren’t eradicated until 1975. Then, theliminatedadicated again last year after detection in Miami-Dade County in 2011. However, officials say the last snail collected alive in Florida was in December 2017.

Here’s How Officials Plan To Handle The Snails

It’s unclear how many snails are in the Pasco County area. However, Christina told CNN the snails can lay up to 2,500 eggs in a year, which fuels the lack of population control. In addition to an investigation, the FDACS implemented a special quarantine for residents.

“It is unlawful to move the giant African land snail or a regulated article, including but not limited to, plants, plants parts, plants in soil, soil, yard waste, debris, compost or building materials, within, through or from a quarantine area without a compliance agreement,” the FDACS’ website stated.

People living between the “northwest corner of U.S. Highway 19 and Ridge Road” were affected by the quarantine, which began on June 25. Earlier this week, on June 29, the department began treatment using metaldehyde. The chemical is categorized as a pesticide targeting snails and slugs.

If the animal consumes any metaldehyde, it’ll find hiding spaces to become inactive and die within days. In addition, the chemical disrupts their mucus production, which then limits their digestive functions and ability to move. With digestion and movement, the snails are at risk of dehydration.

Giant Snails Can Cause Meningitis In Humans

The FDACS’ website strongly recommends residents do not handle the giant snails “without wearing gloves.” This is because these animals can be carriers of the parasite rat lungworm, which may lead to meningitis in humans.