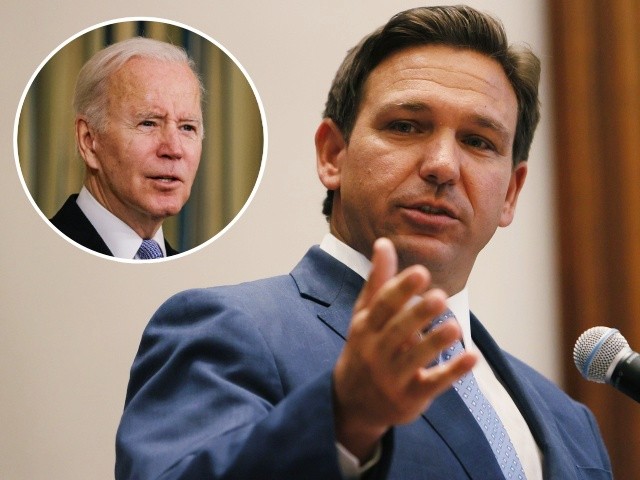 Florida Republicans on Wednesday moved a step closer to a direct clash with President Joe Biden over coronavirus rules by passing sweeping legislation that hobbles vaccine mandates for public and private employers. The move affirms the simple premise freedom of choice triumphs over government diktat.

The GOP-led Legislature passed several bills along party lines taking aim at coronavirus restrictions in a special session called by Gov. Ron DeSantis (R) who has waged a public battle against mask and vaccination mandates. He is expected to sign all four measures as soon as they cross his desk, NBC News reports.

The bill is directly aimed at Biden’s vaccination requirements for private employers, which would allow certain exemptions for medical and religious reasons, would impose fines on businesses with mandates that don’t comply with coming state guidelines.

DeSantis was quick to say he looked forward to signing the bills.

I look forward to signing legislation that will protect their jobs and the jobs of all Floridians who are facing unjust termination due to heavy-handed mandates!

“That’s the entire purpose of this bill, trusting Floridians and allowing us to make that choice for ourselves.”

The Associated Press reported the state Health Department, led by Surgeon General Joseph Ladapo, a mandate critic, will determine what qualifies as an exemption after the legislation is signed into law.

As that is considered, a lawsuit launched by DeSantis against the Occupational Safety and Public Health’s (OSHA) emergency temporary standard (ETS) forcing vaccine mandates and mandatory testing on private companies with over 100 employees continues to run.

The Florida legislature said in a statement on Wednesday the bill “Protects students, parents, workers and employers in our state by creating a framework for employees to make the best decision for their health and affirming the rights of parents to make health care decisions for their children.”

Separately, lawmakers passed a bill to stop the state health officer from being able to mandate vaccines during a public health emergency.

Florida Gov. Ron DeSantis’s (R) administration is following through with its repeated warnings and taking legal action against the Biden administration over coronavirus vaccine mandates, suing both President Biden and NASA on Thursday. https://t.co/5juP4p1NNZ

Republicans also approved a bill directing the state to begin considering a withdrawal from the federal OSHA, which drafted White House vaccine requirements for businesses with more than 100 employees.

The Hill reports Florida is one of a number of GOP-led states to file a lawsuit challenging the Biden administration’s vaccine and testing mandate for large private business.