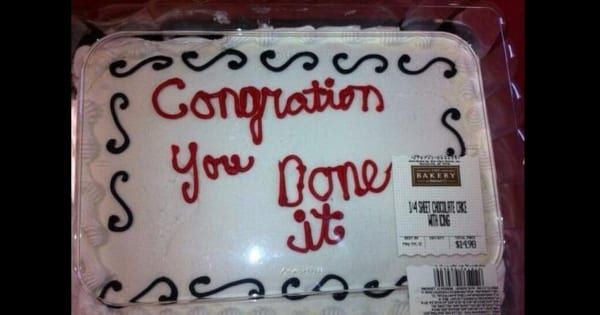 POLITICO did record and review segments of local programs independently via a radio station’s webcasts. In one, a male caller can be heard describing Harris as “inefficient” and “disappointing,” adding that the vice president “doesn’t do nothing at all.” The same caller jumped from one point to another before finally accusing the administration of poorly managing the economy. In recent days, a POLITICO reporter also heard callers on other Miami-based Spanish-language programs using similar phrases to describe Harris.

No way! Legal immigrants in Florida accusing Biden’s border czar of doing nothing at all?

Rep. Darren Soto made it known last fall that the FCC had to get involved in these right-wing disinformation campaigns:

.@FCC⁩ must address radicalization of Hispanic seniors by rightwing Miami radio. These lies are dangerous to democracy and clearly do not serve the “public interest”. Our seniors deserve better! https://t.co/qmz4Zy2MVK

Today, Soto is declaring a MAJOR victory with the purchase of 18 Spanish-language stations:

We had MAJOR victory against right wing Spanish radio disinformation efforts this week.

You guys just dropped $60 million on 17 dying radio stations, many in solidly blue areas, and an AM Spanish station in Miami whose ratings have declined by 54% since 2008.

???this is like bragging about buying the clearance items at Walmart the day after the holiday is over. pic.twitter.com/OPjrvEXaM9

You’re kidding yourself if you think the Dems are losing Hispanic because of “right wing disinformation.” You’re the party of “Latinx.” That’s why Hispanic are voting Republican and no Soros funded Radio station is going to change that, pendejo.

This will be Air America Redux.
Does anyone think that the conservative listeners of Radio Mambí are going to keep listening?
The idea that Hispanics are so stupid and gullible that they’re tricked into being conservatives is condescending and racist.#SocialismoEsMiseria

And now they all stop listening to those stations congrats

How dare those dumb Hispanics be on the Right!? We’ll buy up all of their radio stations and pump them full of our good propaganda! Isn’t this what Castro did?

The Dems figured out last election that Latinos are the majority and they need to up the pandering before the mid terms.

If they wanted to pander they’d be smart enough to stop calling them Latinx, but they aren’t

What a waste of Soros’ money. Dems have been losing Latinos favor because the radical left agenda is contrary to our traditions and culture, so it will keep happening no matter your efforts and the money you throw in propaganda.

He thinks he just bought voters.

Voters who are too dumb to know they’re listening to “right-wing disinformation.”

Christina Pushaw DROPS Democrat who wants to CENSOR Spanish-Language radio so Democrats can go back to taking Hispanic vote for GRANTED https://t.co/q5m0Eq8S5R