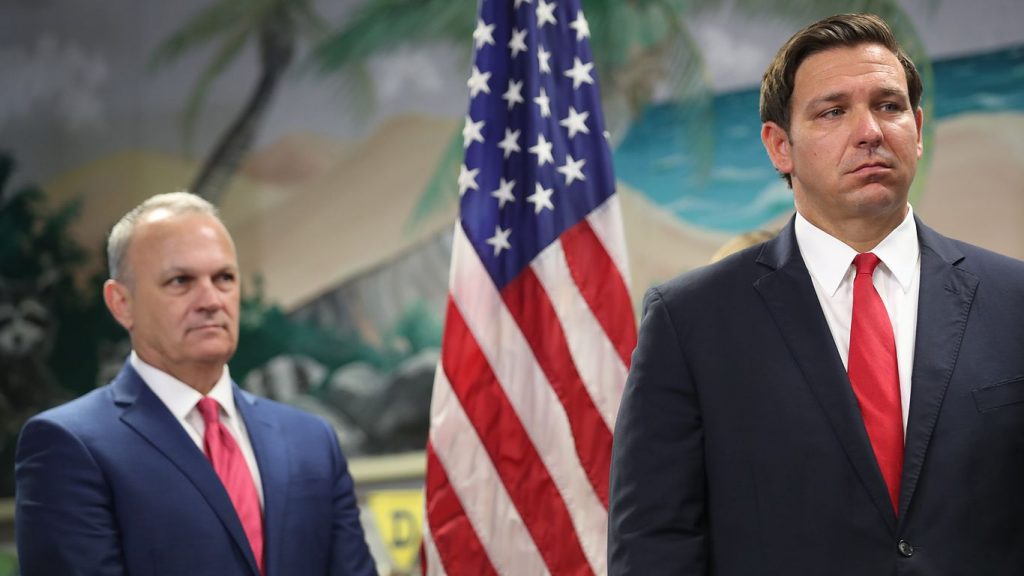 The Florida Department of Education announced it has rejected dozens of math textbooks submitted by publishers for schools, saying they “contained prohibited topics” including critical race theory.

Why it matters: Several Republican-led states have moved to limit students’ exposure to critical race theory, or CRT, an academic framework developed in the 1970s by legal scholars that focuses on systemic racism.

By the numbers: 54 out of 132 math books (41%) recently submitted for review in the state were found to be “impermissible with either Florida’s new standards or contained prohibited topics,” per a Florida Department of Education (FDOE) statement Friday.

The big picture: Florida’s Republican-controlled House passed a measure in February designed to make it it easier to pull books found to be objectionable.

Details: Most of the rejected books were for elementary schools, according to the education department’s statement.

Worth noting: The education department described the review process as “transparent,” but did not name the rejected textbooks nor provide examples of passages that failed to meet the criteria.

What they’re saying: DeSantis said in a statement that he was “grateful” to Richard Corcoran, the outgoing commissioner of education, and his team for the “vetting of these textbooks to ensure they comply with the law.”