Florida QB Anthony Richardson Gets Ticket for Driving over 100 MPH, Must Go to Court 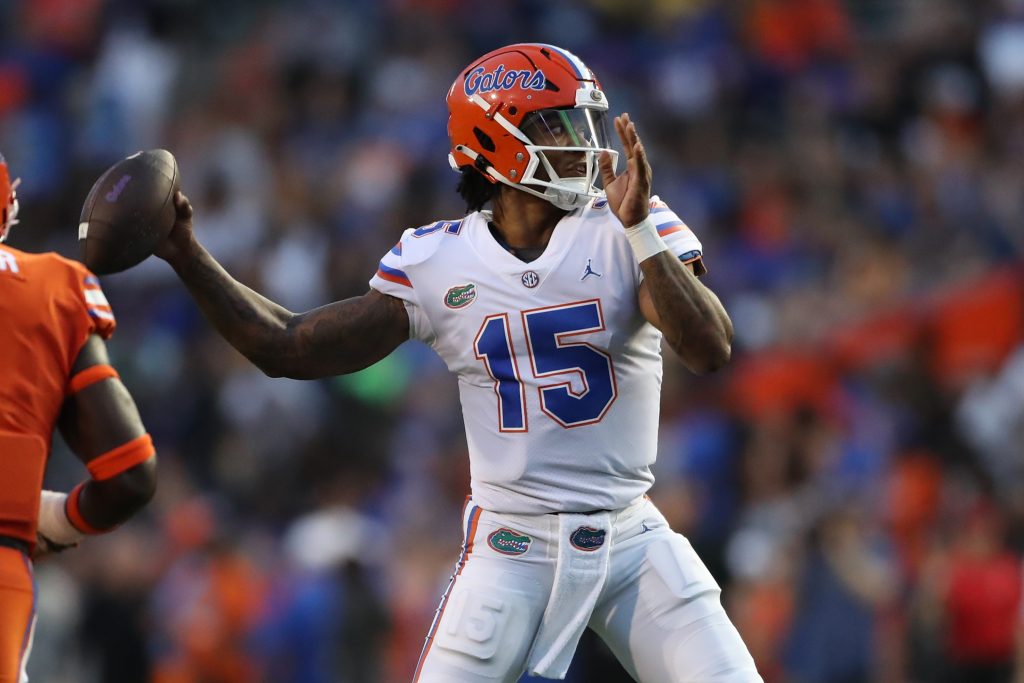 Florida Gators quarterback Anthony Richardson is scheduled to appear in traffic court May 25 after receiving a ticket for driving more than 100 mph in a 60 mph zone, according to a traffic ticket obtained by The Gainesville Sun (h/t USA Today).

A sheriff’s deputy pulled Richardson over April 4 after clocking him driving over the speed limit. No one else was in the car with him at the time of the incident.

Richardson appeared in seven games for the Gators last season, completing 38 of 64 passes for 529 yards, six touchdowns and five interceptions. He also rushed for 401 yards and three scores.

The 20-year-old is set to take the reins of the Florida offense in 2022 after Emory Jones announced last month he would be entering the transfer portal. As the Gators’ starter last season, Jones completed 64.7 percent of his passes for 2,734 yards and 19 touchdowns against 13 interceptions. He also rushed for 759 yards and four scores.

Richardson participated in Florida’s annual spring game Thursday night and completed 18 of 24 passes for 207 yards and two touchdowns. He also ran for 22 yards and a score.

After the game, Florida head coach Billy Napier lauded Richardson for the work he has put in this offseason to prepare for the 2022 campaign.

“I think Anthony is a production of a lot of hard work. I can’t say enough. His approach has been first class. When I think about a quarterback we think about a person who represents everything of what the organization is about. Certainly at the highest level of football the quarterback is the face of the organization They set the greatest example with their work ethic, their attention to detail, their self-discipline, their approach.”

The Gators will be looking to qualify for a fifth straight bowl game in 2022.