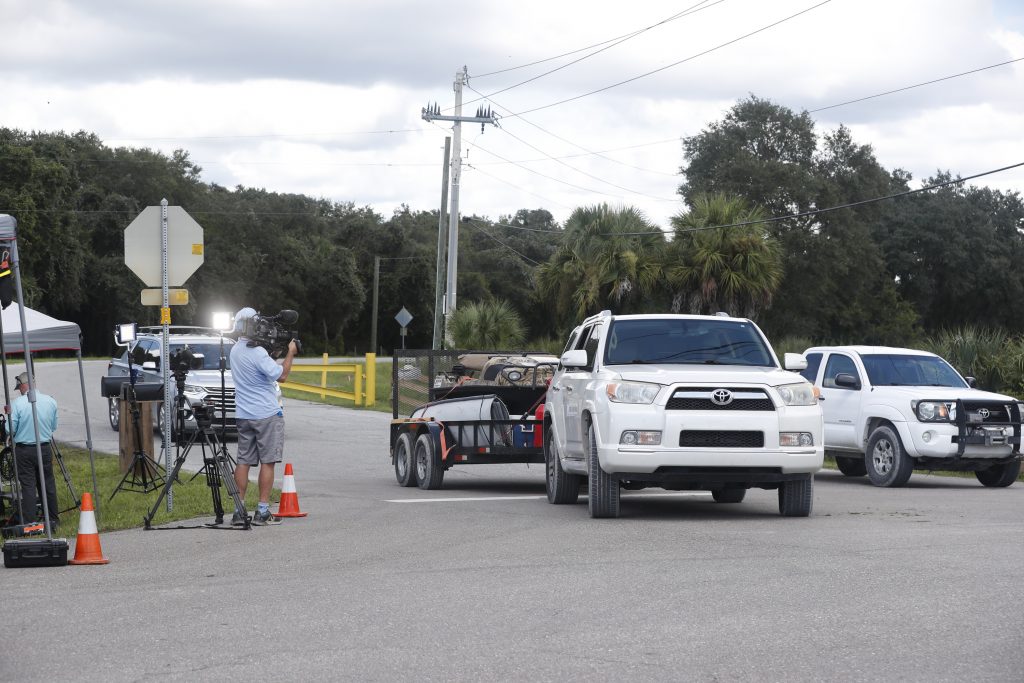 A Florida outdoorsman and expert of the Carlton Reserve area recently suggested that there’s no chance authorities located Brian Laundrie in the swampy area.

While speaking with Fox News Digital, Alan McEwen, a cattle rancher in Florida that has spent the past 30 years exploring the Carlton Reserve, said, “There’s no surviving out here, I don’t know how to say it.”

Laundrie, the fiancé of 22-year-old Gabby Petito, is suspected of hiding out in Florida’s Carlton Reserve by authorities, after he was reported missing by his family on September 17.

Laundrie was previously named a person of interest in Petito’s disappearance by the North Port Police Department, but after the FBI confirmed her death, the FBI in Denver issued a federal arrest warrant for him.

The arrest warrant issued by the U.S. District Court of Wyoming accused Laundrie of debit card fraud. However, FBI Denver said in a tweet that “While this warrant allows law enforcement to arrest Mr. Laundrie, the FBI and our partners across the country continue to investigate the facts and circumstances of Ms. Petito’s homicide.”

The North Port Police Department, Sarasota County Sheriff’s Office and the FBI has continued to search the Carlton Reserve area for the past several days.

According to Fox News, McEwen has assisted authorities in searching the area, but he does not believe that will be successful in finding him.

“I’ve been in the woods in and out all my life … I have learned a lot in my life, and one thing I know is no one is gonna survive out there for two weeks on foot,” McEwen told Fox News Digital.

McEwen gave the outlet a tour of the swampy Carlton Reserve and said that if Laundrie was still in the area, he’d have to fend off swamp-like conditions and a number of animals, such as alligators, snakes and wild boars.

As authorities have continued to search for Laundrie, the Sarasota County Sheriff’s Office recently announced that they were deploying a dive team to help with the investigation.

In a statement sent to Newsweek, North Port Police Department Public Information Officer Josh Taylor said, “If Brian is deceased out there [Carlton Reserve], it’s important to find him.”