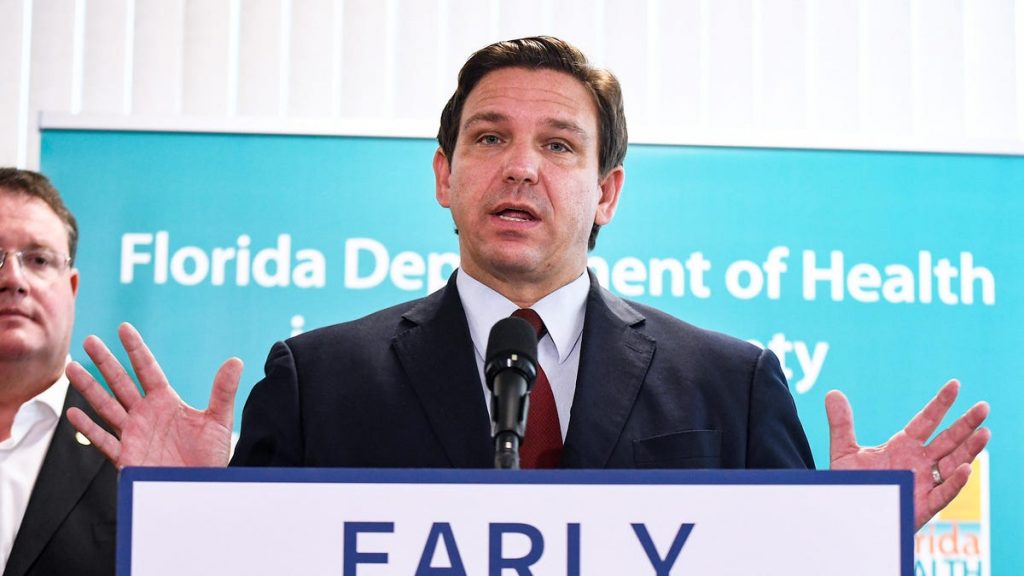 Florida Gov. Ron DeSantis’ administration is pushing forward with plans to penalize local governments that have Covid-19 vaccine mandates in place, as the mayor of  Orange County, which includes Orlando, said Monday he had received a letter from the state threatening the county with fines for its vaccine requirement.

Orange County Mayor Jerry Demings said at a press briefing Monday his office received a letter at 4:52 p.m. Friday from the Florida Department of Health, which claims the county’s vaccine mandate is a “discriminatory policy” that “infringes upon the fundamental rights and privacies of Floridians.”

The county has a mandate in place that requires all employees to be fully vaccinated by September 30 or face a written reprimand, with which Demings said an “overwhelming majority” of employees have complied.

The Department of Health alleges the vaccine mandate goes against a Florida state statute that prohibits governmental entities from requiring proof of Covid-19 vaccination, or else face a fine of $5,000 per infraction—which could add up to millions of dollars if local governments are fined for each employee.

The department told Demings the county is now subject to the fines because of its policy, and asked the county to “immediately provide” the number of employees subject to the vaccine policy, according to a copy of the letter provided to Forbes.

Demings said Monday the county’s attorney would review and respond to the letter, but did not back down from the vaccine policy and said “there’s no doubt” the issue would end up in court.

“We’re on firm legal ground with this vaccine mandate that we have put in place,” Demings said, citing federal law that supports employer vaccine mandates and criticizing the state statute as “arbitrary, capricious [and] overbroad.” The mayor, a Democrat who’s married to U.S. Rep. Val Demings (D-Fla.), also suggested the state’s threat “has some political overtones” from Republican DeSantis, but noted taxpayers would ultimately be the ones who would be punished since their funds would be used to pay any state-ordered fines.

Orange County is one of several local Florida governments to impose vaccine mandates on its employees, along with those in major areas like Miami and Tampa, but was the first to report hearing from the state about the fines. The Florida Department of Health has not yet responded to a request for comment on whether letters were sent to any other local governments and when the agency intends to move forward with imposing fines.

DeSantis previously announced in mid-September that his administration intended to punish local governments that had vaccine mandates in place, alleging the policies are “very intrusive” and “illegal.” The vaccine mandate threat is the latest in a string of fights over Covid-19 orders between local governments and DeSantis, who has opposed any sort of Covid-19 mitigation measures like mask mandates or lockdowns. The Florida government has also blocked local governments from enforcing their own mask orders, a prohibition that some have violated anyway, and has withheld funding from multiple school districts that have imposed school mask mandates despite a state-level ban on them.

Florida has also used its ban on providing proof of vaccination to try and block cruise ships from mandating Covid-19 vaccines, despite protests from both the cruise industry and its passengers. The state has so far lost that fight, however, as a judge ruled Norwegian Cruise Line could demand proof of vaccination despite the state policy, and other cruise lines have used that decision to follow suit.

Whether DeSantis’ administration will similarly try to go after private employers that require proof of vaccination—particularly Disney, which has imposed a vaccine mandate for its employees and has a significant presence in Florida. (Walt Disney World in Florida is the largest single-site employer in the country.) The state government has so far not said whether it intends to fine private businesses, the Orlando Sentinel reported in mid-September, but DeSantis spokesperson Christina Pushaw told the newspaper, “Regarding private businesses, we’re looking at all legal options to protect the rights of employees.”