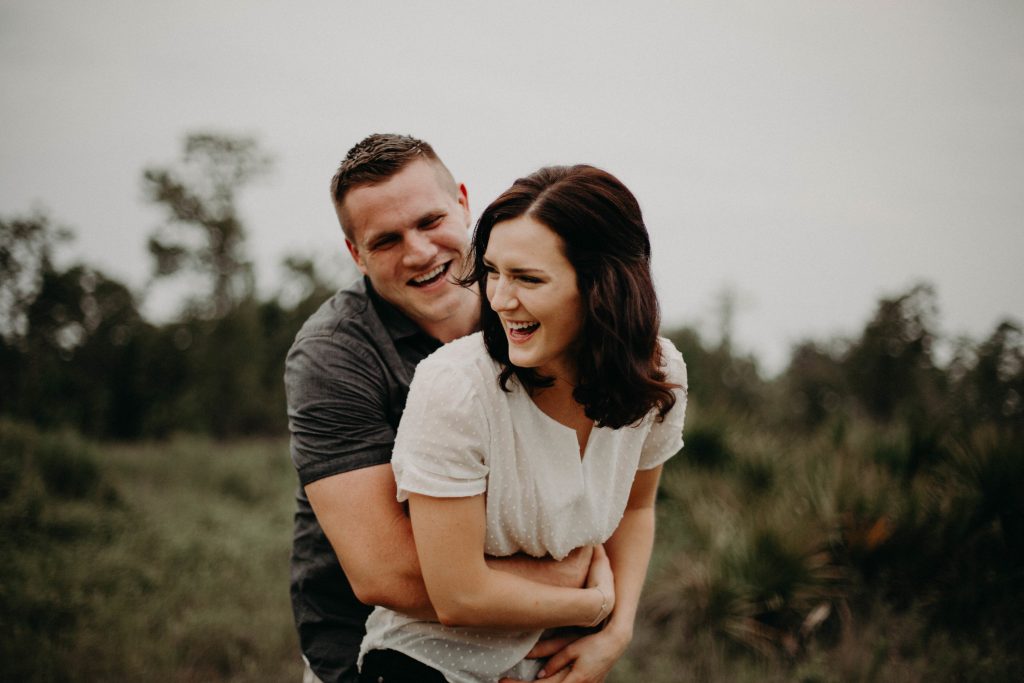 A devastated widow is begging for the public’s help after her young Microsoft executive husband was gunned down in front of their 2-year-old daughter in an upscale suburb of north Florida.

A family portrait of Jared and Kirsten Bridegan.
( )

“It was pure cowardice and evil,” said Kirsten Bridegan, 30, whose husband, Jared Bridegan, 33, was ambushed in his car Feb. 16, as their daughter, Bexley, watched from her car seat. “To have that done where he didn’t even have a chance to fight back, and it was done in front of his daughter. I would ask anyone who knows anything to come forward.”

The father of four has 9-year-old twins from a prior marriage. He had just dropped the older children off at his ex-wife’s home in Jacksonville Beach a little after 7:30 p.m.

He and Bexley were in the family’s black Volkswagen Atlas driving south to their home in St. Augustine when they encountered a tire in the middle of the one-way road, according to Kirsten and police. He stepped out of his vehicle and was shot, Sgt. Tonya Tator told Fox News Digital. Authorities are investigating whether the tire was placed on the road to lure Jared from his car.

Jared and Kirsten Bridegan pose for an engagement photo.
(Courtesy of Courtney Fonda )

“Jacksonville Beach is a safe community and a murder of this nature is highly unusual,” Tator said of the neighborhood near the Atlantic Ocean and 15 minutes from the famed golf courses of TPC Sawgrass, which is home to the PGA Tour.

Kirsten was at home with their 7-month-old London and grew alarmed when Jared hadn’t returned.

“He wasn’t answering my texts or my calls,” she recalled. “I was thinking maybe he got in a car accident. I had a gut feeling something wasn’t right.”

Jared Bridegan holds his daughter Bexley on his shoulders in 2020.
(Courtesy of Kristen Bridegan)

She hopped in a car with her mom to search for Jared. As they drove, Kirsten kept calling Jared’s phone — but it wasn’t her husband who finally picked up.

“A police officer answered but wouldn’t tell me if he was okay,” she recalled, choking back tears. “He said, ‘Please come to the Jacksonville Police Department.’ I told my mom, ‘Jared is not OK.’ I just knew. My whole body, my spirit, I knew he wasn’t okay.”

Once at the police department, Kirsten hugged Bexley who was in shock after witnessing her father’s murder. Then a detective took Kirsten aside and told her Jared was dead.

“I started crying, my hands were shaking — I looked for a trash can because I felt like I was going to throw up. I kept saying ‘This isn’t real, this can’t be real,” she said.

The couple first met online on a dating app and clicked immediately. “What first struck me was his profile picture. It was of him with his twins,” she said. Jared would drive 6 1/2 hours from Jacksonville to her home in Charlotte, North Carolina, to see her on the weekends when he didn’t have his children with him, she said.

About four months later, she moved to Jacksonville and the pair married in 2017.

“He was just a good guy through and through,” she said. “Whenever we got into an argument he was always the first to say I’m sorry, even if it was my fault.”

Kristen and Jared Bridegan with their 7-month-old London.
(Courtesy of Kirsten Bridegan)

Jared was from Jacksonville and graduated from the Douglas Anderson School of the Arts before earning his college degree at Utah Valley University.

He was working as a manager of user experience at Microsoft when he was killed. Kirsten had also worked for the software giant as an account manager but quit a few months ago to become a full-time mom.

“He was a good neighbor, a good friend, a good colleague,” Kirsten said. “He was a very loved man.”

Kirsten declined to discuss Jared’s relationship with his ex-wife, but a source told Fox News that it was strained. Though invited, Jared’s twins from his prior marriage did not attend their father’s funeral. His ex-wife couldn’t immediately be reached for comment.

Sgt. Tator urged the public to come forward with any information that could help them solve Jared’s murder. The Jacksonville Police Department previously released surveillance video stills of a dark-colored Ford F-150 that they called a “vehicle of interest.”

“Somebody out there knows what happened or knows somebody that was involved in this, and we’re asking them to do the right thing,” Tator said.

Kristen Bridegan posts a flyer in Jacksonville Beach asking the public for help identifying a dark-colored Ford F-150 that police have identified as a “vehicle of interest” in her husband’s slaying.
(Courtesy of Kristen Bridegan)

The FBI and the Bureau of Alcohol, Tobacco, Firearms and Explosives are assisting the local police with resources — including their labs to process forensic evidence.

“We’re waiting on forensic evidence to come back and when we receive that information, we will go from there in our investigation.” Tator said. There is a $25,000 reward — authorities have offered $8,000 while private donors contributed an additional $17,000.

Anyone with information should contact the Jacksonville Police Department at 904-270-1661 or First Coast Crime Stoppers at 1-866-845-TIPS.

Kirsten said the shocking murder has taken the greatest toll on Bexley.

Jared Bridegan baking brownies with his daughter Bexley. He built the wood stool she sits on so she could help him in the kitchen, Kirsten said.
(Courtesy fo Kirsten Bridegan)

Kirsten said that Bexley asks about her dad a lot but she also misses her older siblings who she has barely seen since the slaying. “I miss them too,” said Kirsten. “We didn’t just lose Jared, we lost our family structure.”

Every night, Bexley sleeps with a blanket her dad gave her. Kirsten was tucking her in, and she asked if God has blankets. “I asked her why, and she said, ‘I want daddy to have a blanket in heaven.'”