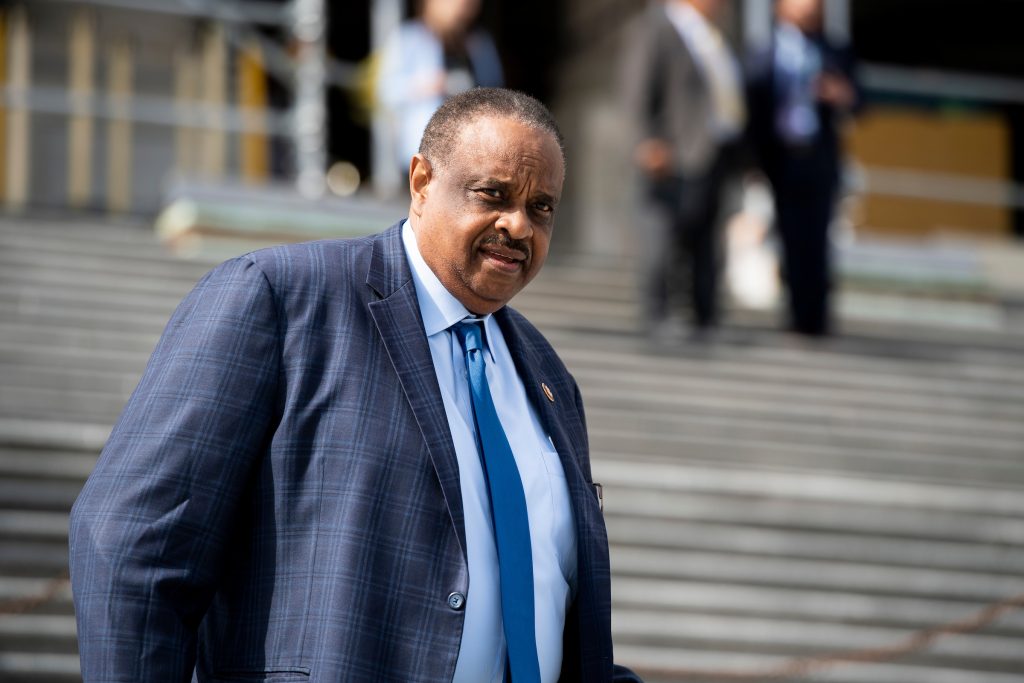 The Republican-controlled Florida Legislature on Thursday passed Gov. Ron DeSantis’ preferred congressional map, which would dismantle a Black opportunity district and give Republicans the chance to capture several more House seats in this fall’s elections.

Florida is the largest state yet to finish its congressional map based on the 2020 census, which gave the state an additional seat. The map could help determine control of the House, where Republicans need a net gain of five seats to become the majority, redistricting experts have said.

DeSantis vetoed a previous plan that had been approved by the Legislature, because it kept intact the Lawson district, which stretches from Jacksonville to Tallahassee. In a past court fight, the Florida Supreme Court had approved that district to provide Black voters in northern Florida the opportunity to elect candidates of their choice.

Rather than attempt to draw another map after DeSantis’ veto, Republicans in the Legislature elected to adopt his preferred map.

Republicans hold 16 of the state’s 27 current congressional districts. The new map creates an additional Republican-leaning seat. And the GOP could have the advantage in three seats now held by Democrats, with changes to districts held by Lawson and Reps. Val B. Demings and Stephanie Murphy. Murphy is retiring rather than seek another term, while Demings is seeking to challenge Republican Sen. Marco Rubio.

Democratic state lawmakers criticized the map during a floor debate. State Sen. Audrey Gibson, from the Jacksonville area, said the map would halve the Black opportunity districts in the state. “I call that taxation without representation,” she said. Gibson also noted the Florida constitution includes a voter-passed amendment that bars partisan redistricting.

“The maps that we have are certainly counter to the Florida constitution,” Gibson said.

Before the final state House vote, Democratic members of the chamber staged a protest sit-in and Republicans left the chamber. Members of the press were reportedly also ordered out of the chamber, and a public access livestream was shut down. Eventually, Republican leaders gaveled the chamber back into session and the House held the vote over chants of, “Black votes are under attack.”

Common Cause Florida already has an active federal case seeking a new map for the state. The challengers there have asked a federal judge to implement a map the state Senate passed in January, which would still include Lawson’s district.

And earlier this year, the Southern Coalition for Social Justice and Common Cause Florida told reporters they would challenge any map in court that reduced the Black population in Lawson’s seat or eliminated it.

However, the state and challengers are running up against a July 9 ballot deadline and an Aug. 23 primary. The Supreme Court has already rejected several challenges to maps in states like Alabama and North Carolina, arguing that three months was too little time to implement a new plan before an election.

One provision of the law accompanying the map sought to limit where challenges to the map could be brought to one county in the state. Democrats argued that would further limit the ability to bring up the maps in court.

Republicans defended the map in floor debate Wednesday, arguing it made the districts more compact than last decade. Republican state Sen. Kelli Stargel argued the map would pass constitutional muster and that Democrats have only challenged it to have courts draw favorable lines.

“They wanted to take away our constitutional responsibility to draw our maps and let the courts decide,” Stargel said.