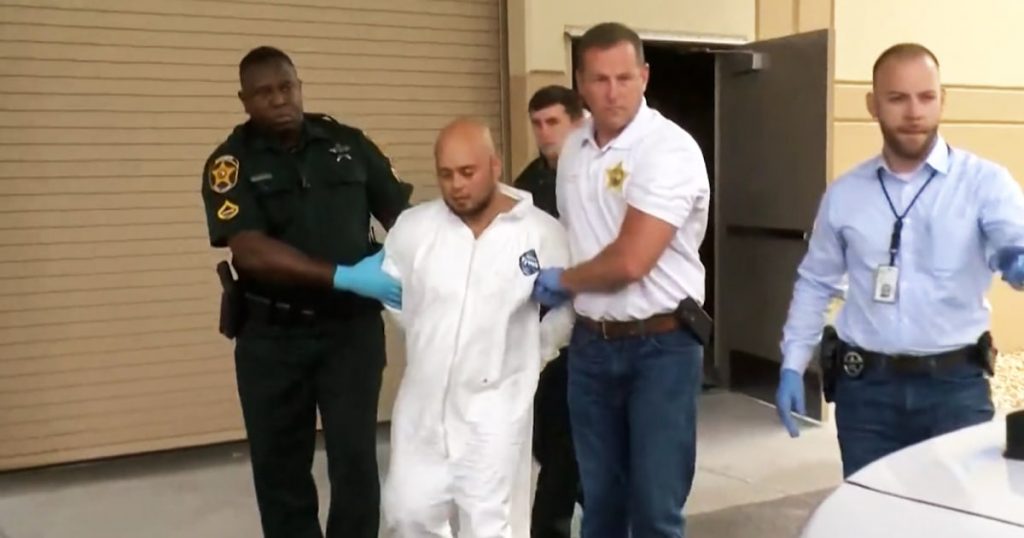 The Florida man accused of killing four people, including a 3-month-old baby, has been identified as Bryan Riley, authorities said Sunday.

Riley, 33, is accused of entering two homes in Lakeland on Sunday and killing a woman and her baby, as well as two other adults.

A judge denied bond Monday, NBC affiliate WFLA of Tampa reported. One victim was identified as Justice Gleason, 40; the other victims were described as a 33-year-old woman, her 3-month infant and the baby’s 62-year-old grandmother, WFLA reported.

Riley said he would hire an attorney but asked for a public defender in the meantime, according to WFLA. It was not immediately clear Monday afternoon whether Riley had been assigned an attorney.

WFLA reported that Riley is a former Marine who was honorably discharged and now works as security for ESS Global Corp.

“He was driving a vehicle with a Marine Corps, Florida license plate, but he described himself as a survivalist,” Judd said. “And then he said, ‘I’m taking meth.’”

The shooting began early Sunday when an officer heard gunfire near the Lakeland home. Police said they responded and saw a man “totally outfitted in body armor” outside.

Officers at the time did not see a gun, and the man ran back inside the home when they approached, Judd said.

“We heard another volley [of gunfire] and a woman scream and a baby whimper,” Judd said. “Our lieutenant tried to make entry into the front of the house, and it was barricaded.”

The man engaged the lieutenant in a gunfight around the back of the home. The man eventually came out of the house with his hands up, injured by at least one gunshot, and was taken into custody, Judd said.

Riley tried to take an officer’s gun while he was being treated by emergency medical responders as he was being transported, Judd said. He was subdued.

“We discovered a man, a woman and an infant in the mother’s arms all shot to death,” Judd said. “We went to the house directly behind and found another lady shot to death.”

Riley claimed to hear voices, which he said instructed him to kill the victims, according to The Washington Post, which cited the arrest affidavit.

The Post reported that according to the affidavit, he told officers that he shot the infant “because I’m a sick guy. I want to confess to all of it and be sent to jail.”