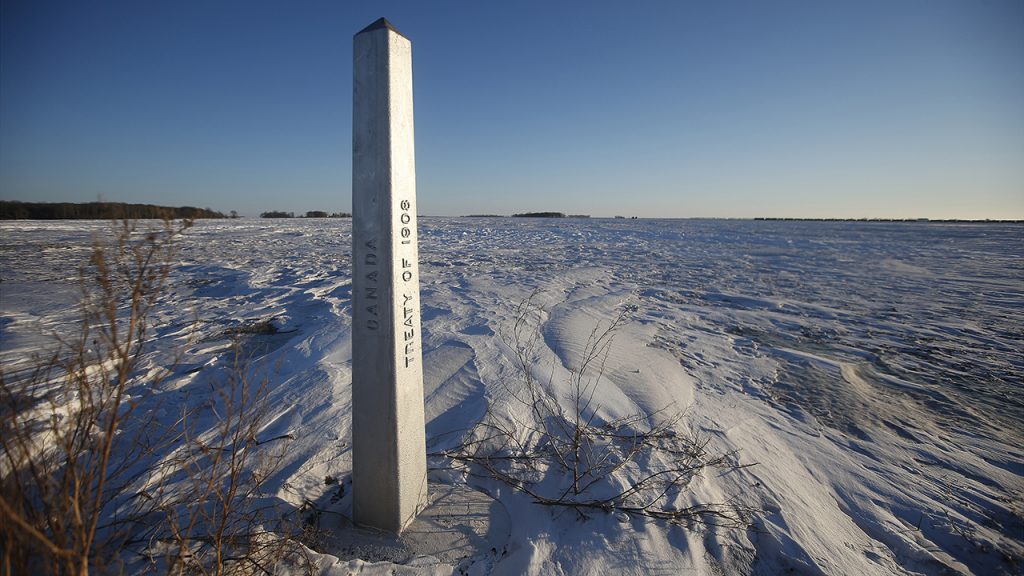 A Florida man was charged with human smuggling this week after four people were found dead in Canada, just across the border from the U.S., according to U.S. authorities.

Seven others determined to be Indian nationals were stopped by U.S. Border Patrol in North Dakota near Minnesota after crossing into the U.S. illegally, according to the U.S. Attorney’s Office for the District of Minnesota.

Steve Shand, 47, of Florida, was charged with one count of human smuggling Thursday. The four bodies of Indian nationals, including a teenager and a baby, were discovered Wednesday after a freezing blizzard in Manitoba. Canadian authorities believe they died of exposure and were likely a family separated from the rest of the group.

“It is an absolute and heartbreaking tragedy,” Royal Canadian Mounted Police Assistant Commissioner Jane MacLatchy said at a news conference in Winnipeg, according to the CBC.

A border marker, between the United States and Canada is shown just outside of Emerson, Manitoba, on Thursday, Jan. 20, 2022.
(Associated Press)

They were about 40 feet from the U.S.-Canada border, according to FOX 9 in Minneapolis.

“The investigation into the death of the four individuals in Canada is ongoing along with an investigation into a larger human smuggling operation of which Shand is suspected of being a part,” John Stanley, a special agent with Homeland Security Investigations, said in court documents.

Two of the survivors were hospitalized with serious injuries, FOX 9 reported. One woman will have to have her hand partially amputated, court documents said.

MacLatchy said the four who died had been left on their own to navigate “endless fields, large snowdrifts and complete darkness” in freezing weather.

MacLatchy told reporters Mounties were notified the family may still be in Manitoba after one of the survivors was found with a backpack that had the baby’s supplies in it when they were stopped in North Dakota.

Officials in both countries said it is more common to see crossings north from the U.S. into Canada.