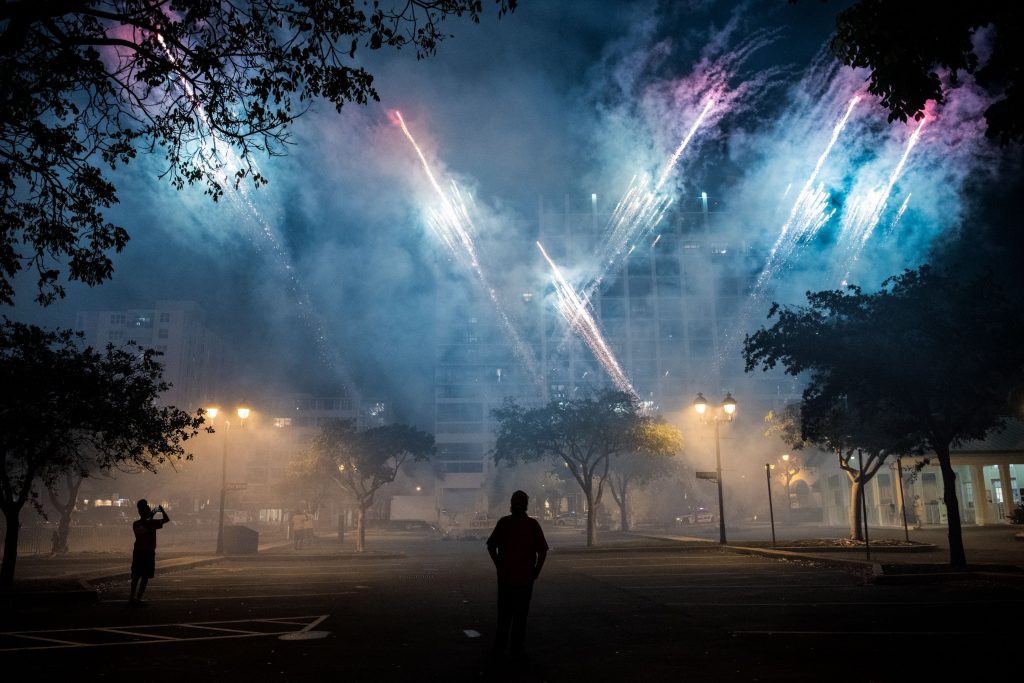 A Florida man was seriously injured early Saturday morning after a mishap occurred with fireworks at a Fourth of July weekend celebration.

The incident occurred in Broward County at around 1 a.m. Deputies from the Broward Sheriff’s Office (BSO) and personnel with local fire and rescue responded to the scene after receiving reports of a fireworks-related accident in which a man’s hand was blown off.

However, by the time first responders arrived, the man, whose name has not been publicly disclosed, had already been transported to a nearby hospital. BSO spokesman Carey Codd told the Miami Herald that personnel were able to retrieve the man’s hand and bring it to the hospital where he was receiving treatment.

As of Saturday afternoon, it is unknown if the man’s hand had been successfully reattached or what his overall condition is. Newsweek reached out to the department for further comment.

In the lead-up to the Fourth of July holiday, fire officials across the state, including in Broward County, issued statements urging safety and caution with fireworks. Individuals should, most advised, leave them to professionals whenever possible. Broward Sheriff Fire Rescue Battalion Chief Michael Kane said that the holiday was the biggest nationwide for fire-related emergencies, with roughly 20,000 fireworks-related fires reported yearly, and 250 people injured in the lead-up to July 4, Local 10 News reported.

In case individuals opted to use fireworks themselves, Kane also offered advice for proper disposal.

“The best way to do that is to take the fireworks, your unburned fireworks, place them in a bucket or a garbage can, and then fill the garbage can with water overnight,” he explained, according to Local 10.

In the Miami-Dade area, officials conducted safety sweeps of vendors selling fireworks prior to the holiday weekend in an effort to find any defective or unsafe products.

“[We’re] making sure all the packaging is intact, there [are] no fireworks that could harm anybody, any of the consumers buying these fireworks,” Ozzy Norat, a fire safety specialist with Miami-Dade Fire and Rescue, told Local 10. “You generally don’t want to be buying fireworks from just anyone on the side of the road.”

In 2020, a similar incident to the one in Broward County played out in Lathrop, California. A man in his 30s, according to local police, attempted to set off a mortar-style firework, only to have it explode and blow off his hand. First responders arriving on the scene applied a tourniquet to his arm to stem the blood loss.

“This incident was totally preventable,” the Lathrop Police Department wrote about the incident on Facebook. “Always use safety when handling fireworks.”