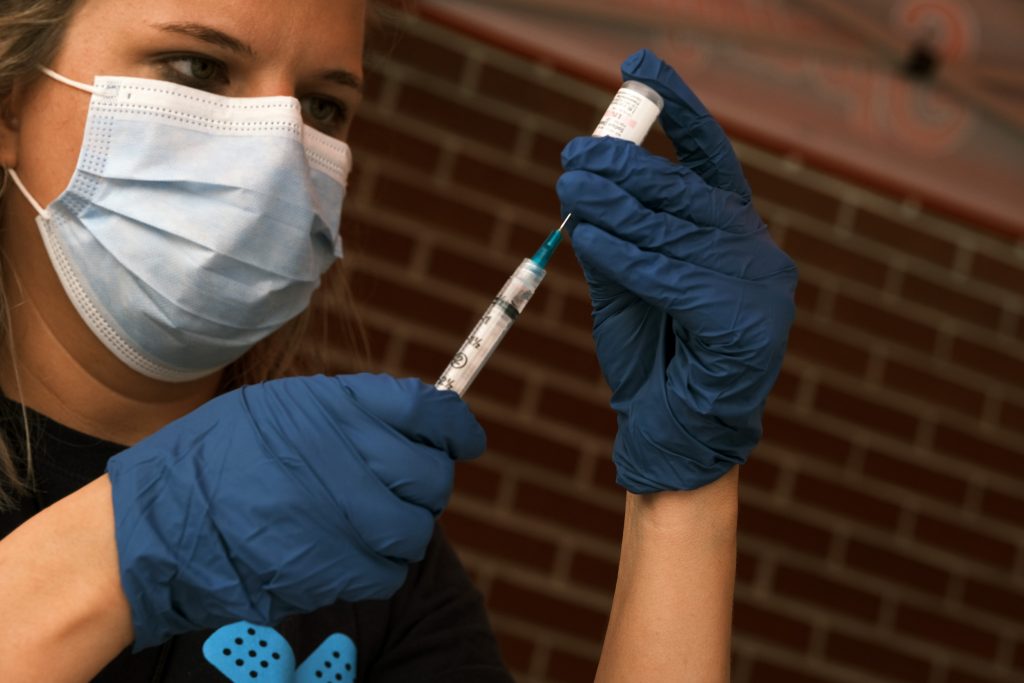 Florida, Louisiana and Missouri have the lowest number of nursing home staff members vaccinated against COVID-19, the Associated Press reported.

“It’s fine if they [staff] don’t want to take it, but then don’t work around us. We all have underlying conditions here,” said Michael Williams, a nursing home resident who has diabetes and is on kidney dialysis at Crestwood Health Care Center in St. Louis, Missouri.

“They are out in the casino, and they are rolling the dice, but the sad thing about it is, it’s other people’s lives they are playing with,” Williams added.

Missouri’s low vaccination rate for nursing home workers is starkly different from the 82 percent of residents vaccinated within those homes. Nationally, an average of 83 percent of nursing home occupants are vaccinated.

For more reporting from the Associated Press, see below:

Officials face a tall order to get all Missouri nursing home workers vaccinated because fewer than half of them have received the shots.

Some workers have already quit rather than face a mandate. Earlier this month, the Biden administration said it would require nursing home staff be vaccinated against COVID-19 as a condition for those facilities to continue receiving Medicare and Medicaid payments—revenue nearly all skilled nursing facilities depend on. But details of that plan still haven’t been released.

Joseph Shafer is the chief operating officer for Prime Healthcare Management, which operates seven nursing homes across outstate Missouri. Two have among the lowest vaccination rates in the state: Georgian Gardens in Potosi and Buffalo Prairie Center in Buffalo, both with 11 percent of staff vaccinated.

Among all seven facilities, the average staff vaccination rate is 35 percent, Shafer said. The resident rate is 87 percent.

Data analyzed by the St. Louis Post-Dispatch showed 20 facilities statewide have staff vaccination rates of 20 percent or less as of August 15. The analysis excluded 47 facilities—out of 515 that reported that week—for concerns about data quality.

Several nursing homes with the lowest rates did not return calls from the Post-Dispatch. Even one with a near 100 percent rate did not want to comment about the facility’s success because of strong anti-vaccine sentiment.

Since Biden’s announcement, Shafer said he’s already had a handful of employees quit and others threaten to quit.

“They are just not even going to deal with it. They said, ‘I quit. I’m going to work at the grocery store’—including managers. It’s all levels,” he said.

Shafer and other administrators also fear that singling out skilled nursing facilities will cause workers to go to other health care settings such as adult day cares, assisted living facilities or some hospitals that don’t require the vaccine.

“It could leave residents with little to no care in facilities,” he said. “Let’s be cautious and let’s not create another emergency in America right now.”