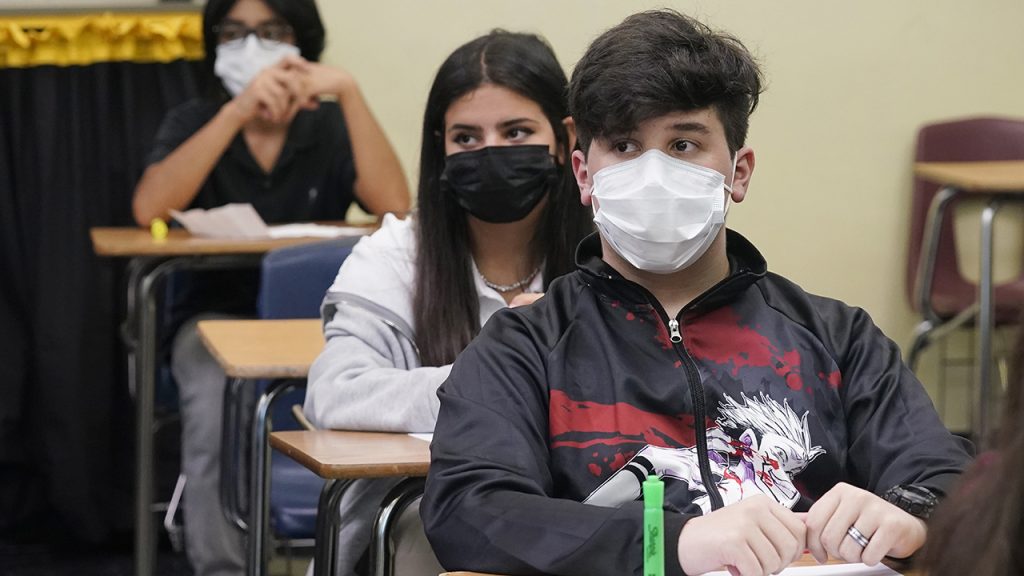 A Florida judge on Friday ruled against Gov. Ron DeSantis’ ban on school mask mandates, claiming the Republican governor had overstepped his authority.

Leon County Circuit Judge John Cooper called DeSantis’ executive order unconstitutional and said the governor cannot enforce it – in a win for a group of parents who brought a lawsuit.

The governor’s executive order allowed parents to decide if they want their kids to wear masks to school rather than have local school districts make the decision.

School boards in 10 districts in the state had voted to defy the order, choosing to require masks because of the coronavirus resurgence, and they faced possibly having their salaries withheld. The Biden administration had promised federal funds for any district that lost money for requiring masks.

Cooper said government actions necessary to protect public health are exempted from a new Florida law, the “Parents’ Bill of Rights,” that DeSantis and others had argued gave parents the final authority.

The judge said a school district’s decision to require student masking to prevent the spread of the virus falls within that exemption.

The law “doesn’t ban mask mandates at all,” Cooper said during a two-hour hearing that was conducted online because of the pandemic. “It doesn’t require that a mask mandate must include a parental opt-out at all.”

Cooper also issued an injunction against the state board of education because of its enforcement of the order, according to FOX 13 of Tampa.

He added the law doesn’t allow for the state to penalize school boards for their defiance, saying they deserve due process.

“Parents’ rights are very important but they’re not without some reasonable limitations,” Cooper said, according to FOX 13.

The governor’s office said the state plans to appeal the ruling.

“It’s not surprising that Judge Cooper would rule against parents’ rights and their ability to make the best educational and medical decisions for their family, but instead rule in favor of elected politicians,” spokeswoman Taryn Fenske said in a statement. “This ruling was made with incoherent justifications, not based in science and facts — frankly not even remotely focused on the merits of the case presented.”

“It’s not surprising that Judge Cooper would rule against parents’ rights and their ability to make the best educational and medical decisions for their family.”

Amy Nell, who lives in the Tampa area and was one of the parents to sue, said Cooper’s ruling made her feel heard for the first time in a while.

“Since the beginning of the school year it has felt like bizarro world,” she said. “We are being told that science — what we think it is and everything we know about viruses — may be not true.” Her son is in elementary school.

Cooper also noted that two Florida Supreme Court decisions from 1914 and 1939 found that individual rights are limited by their impact on the rights of others. For example, he said, adults have the right to drink alcohol but not to drive drunk, because that endangers others. There is a right to free speech, but not to harass or threaten others or yell “fire” in a crowded theater, he said.

In that same vein, he said, school boards can reasonably argue that maskless students endanger the health of other students and teachers.

The delta variant caused the virus to resurge in the state over the summer with record highs for new cases.