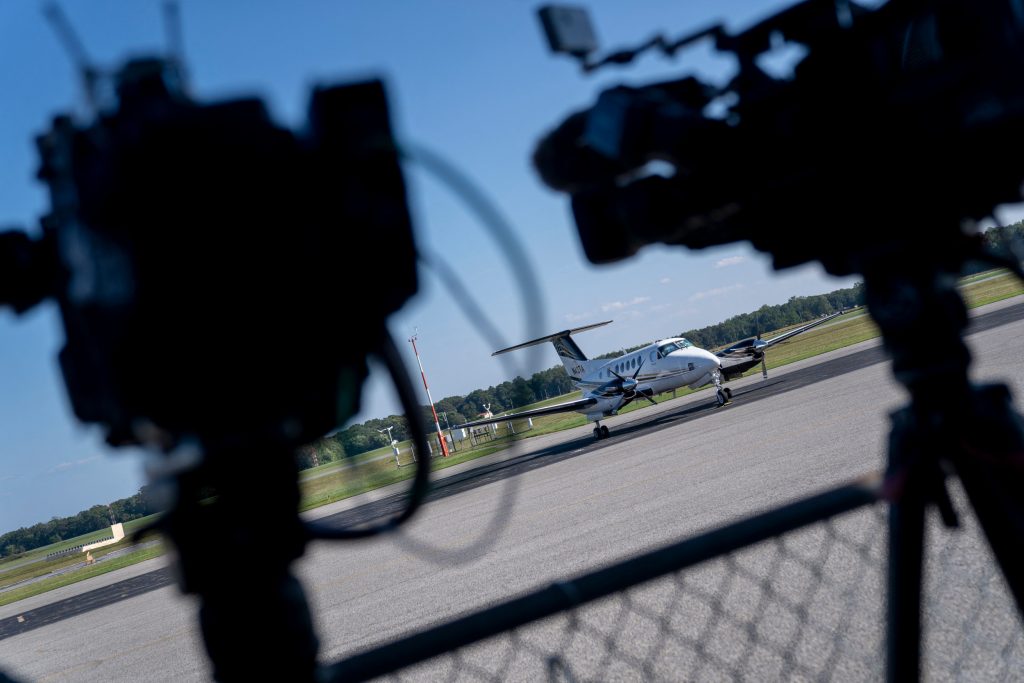 Florida has so far spent $3.46 million on flying migrants out of the state, according to recent records, as part of the push by Governor Ron DeSantis to relocate them to Democratic-leaning states.

Payments have been made to a vendor named Vertol Systems Company for its services related to the migrant flights, according to data collected by the Florida Accountability Contract Tracking System. The spending was approved after the Florida Department of Transportation was able to waive a department mandate, The Miami Herald reported.

The latest payments, worth $950,000 apiece, were made on October 11 and October 17. Another payment of $950,000 was made on September 21, and a total of $615,000 was paid on September 8, according to the tracking record, which showed that all the payments were directed toward “relocation services.”

No details were revealed about how the money was spent, but an invoice from UltimateJet Charters, cited by the Herald, showed that the Ohio-based company was paid $153,000 to transfer 49 migrants on two planes from San Antonio, Texas, to Martha’s Vineyard in Massachusetts.

In September, DeSantis announced that he planned to transport migrants by using “every penny” in a $12 million budget that the state allocated to relocate them in an effort by some Republicans protesting the immigration policies of President Joe Biden‘s administration.

Texas Governor Greg Abbott made a similar move this year, busing 75 to 100 migrants, originally from Colombia, Venezuela, Mexico and Uruguay, to the house of Vice President Kamala Harris, in Naval Observatory, Washington, D.C.

Arizona Governor Doug Ducey sent 43 buses with migrants to Washington, D.C., from May to September.

In September, migrants boarded the planes in Florida to Martha’s Vineyard, allegedly under the impression that they would receive food and expedited working permits once they arrived in Boston.

In a statement emailed to Newsweek that month, a DeSantis spokesperson said that flying migrants out of Florida is part of the state’s “relocation program,” which is meant to ban human smugglers and traffickers, and “illegal aliens at the southern border” from coming into the state.

“Florida continues to litigate against Biden’s catch and release policy and has initiated a statewide grand jury to examine the harmful impacts of illegal immigration across the state,” the statement read.

But three nonprofit immigration advocacy groups filed a lawsuit on Thursday against DeSantis and Florida Transportation Secretary Jared Perdue in the court of the Southern District of Florida, challenging the constitutionality of the governor’s relocation program.

“Florida’s attempts to create its own immigration system came to a head on September 14, 2022, when individuals acting at the direction of defendants sowed chaos and confusion by fraudulently inducing approximately 50 Venezuelan and Peruvian migrants, all of whom had been processed into the US by immigration authorities, into taking a flight from Texas to Massachusetts, falsely promising them aid, jobs, and more,” the lawsuit reads.

The lawsuit also says that immigrant advocacy groups Florida Immigrant Coalition, Americans for Immigrant Justice and Hope CommUnity Center were hurt by the efforts of the state.

“The plaintiffs, nonprofit organizations that support immigrants and immigrant communities in Florida, have been harmed by the passage and enforcement of Florida’s so-called relocation program. The plaintiffs were forced to divert significant and scarce resources from their core organizational missions of representing and assisting immigrant communities to responding to inquiries from media outlets, clients, community members, nonprofit providers and civil society leaders in Texas, Florida and Massachusetts,” reads the court filing.

The lawsuit also argues that Section 185 of HB 5001, which was passed this year and set funds for removing migrants from Florida, is unconstitutional because it defies the Supremacy Clause “by usurping the federal government’s sole role in regulating and enforcing immigration law.”

“The Constitution is clear—the sole and exclusive power to regulate immigration policy is granted to the federal government, not the states. The scheme by Gov. DeSantis and the State of Florida to use taxpayer funds for the ‘relocation’ of ‘unauthorized aliens’ is a blatant and unlawful attempt to harass immigrants at the state level. Florida’s relocation program constitutes a discriminatory attack on immigrant communities and Gov. DeSantis’ unconstitutional actions must be stopped,” said Paul R. Chávez, senior supervising attorney for the Southern Poverty Law Center’s Immigrant Justice Project, in a statement shared with Newsweek.

Newsweek has reached out to the office of DeSantis for comment.