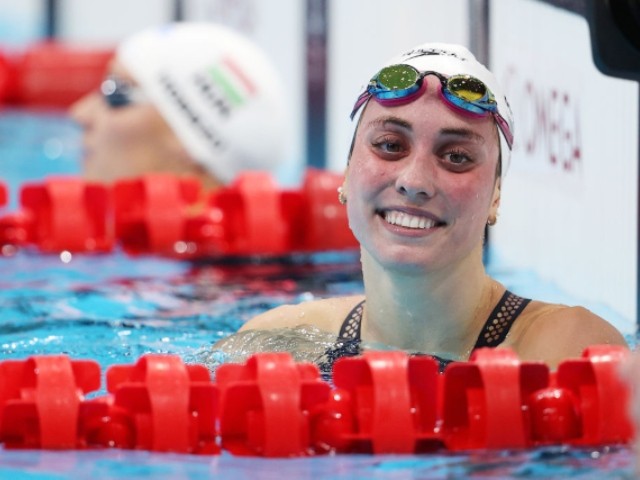 Weyant, who came in second during the March 17 competition at the NCAA championships held at Georgia Tech’s McAuley Aquatic Center, received hearty congratulations from Gov. DeSantis during a Tuesday press conference WFLA reported.

“She earned that. We need to honor that appropriately,” DeSantis told the media.

“The NCAA is basically takings efforts to destroy women’s athletics,” DeSantis added. “They’re trying to undermine the integrity of the competition. They’re crowning somebody else the women’s champion, and we think that’s wrong.”

Florida is one of a handful of states that have passed laws meant to protect women’s sports and barring men who “identify” as women from competing against natural-born females.

“We thought it was very important that girls and young women athletes in the state of Florida had the ability to work hard, to realize their dreams and to compete fairly,” the gov. said of Florida’s law. “Whether it’s in swimming, it’s in track and field, you name it.”

Despite the NCAA’s claim that Lia Thomas was the winner, though, Weyant became celebrated on social media as the real winner of the event, with many social media users saying that they “identify” Weyant as the winner.

Congrats to Virginia freshman Emma Weyant, the woman who would have won tonight’s NCAA title in the 500 meter if women’s sports were still sane. https://t.co/KYYKbIr8nt

Round of applause for Emma Weyant, the UVA swimmer who placed second in the 500y freestyle tonight, behind Lia Thomas. Second is the new first. #savewomenssports pic.twitter.com/NtHookm3qQ

Emma is the 1st place winner in the women’s swimming competition. NCAA should ashamed of themselves as they are destroying women’s sports. https://t.co/Dxlo3VHCng

By allowing men to compete in women’s sports, the NCAA is destroying opportunities for women, making a mockery of its championships, and perpetuating a fraud.

In Florida, we reject these lies and recognize Sarasota’s Emma Weyant as the best women’s swimmer in the 500y freestyle. pic.twitter.com/tBmFxFE3q6