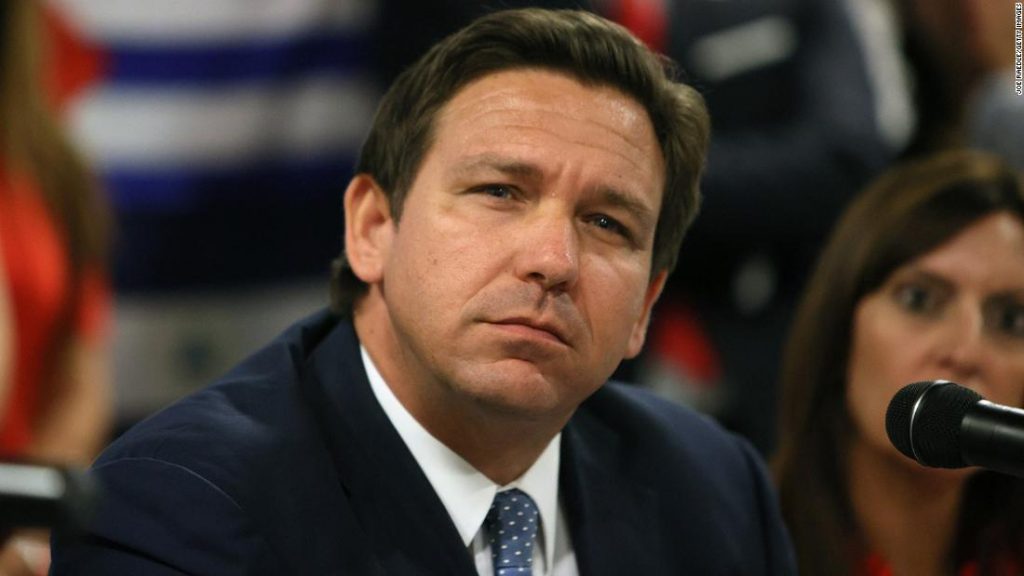 This is the first legal challenge over the constitutionality of the governor’s order on masks, Gallagher said.

The order, issued late last month, directed the state’s health and education departments to issue rules preventing the implementation of school mask mandates in an effort to “protect parents’ freedom to choose whether their children wear masks.”

“They are framing this as a parent choice issue when this is really a public health issue,” Gallagher told CNN by phone.

The lawsuit, filed Friday, comes as Florida is quickly emerging as a dangerous Covid-19 hotspot.

Data published Friday by the state’s health department shows Florida reported 134,506 new Covid-19 cases over the past week — more than any other 7-day period during the pandemic. The previous record high was set January 8, when Florida reported 125,937 cases over seven days, according to Johns Hopkins University data.

And while the state accounts for less than 7% of the US population, about one in five Covid-19 cases nationwide have been reported in Florida over the past couple of weeks.

The state is also leading the nation in the number of adults and children admitted to hospitals with Covid-19, according to data published Thursday by the US Centers for Disease Control and Prevention.

Despite the grim numbers, DeSantis has repeatedly doubled down on the fact that he does not want to allow schools to mandate masks for children — even though many students still cannot get a Covid-19 shot. Children under 12 are ineligible for a vaccine.

The plaintiffs in the lawsuit include parents who represent school-aged children from counties all over the state, including Miami-Dade, Orange, Hillsborough, Palm Beach and Alachua.

The lawsuit argues several points, according to Gallagher, including that the Florida Constitution guarantees a safe school environment and gives counties the power to govern themselves. DeSantis’ executive order attempts to strip the power away from school districts that are run by elected officials, Gallagher said.

“The Constitution is equal justice under [the] law and therefore we think that we are on the right side of these facts,” Gallagher said.

CNN has reached out to both the office of the governor and the Florida Education Commissioner for comment.