Florida Gov. Ron DeSantis is threatening to fine counties and cities if they impose vaccine mandates 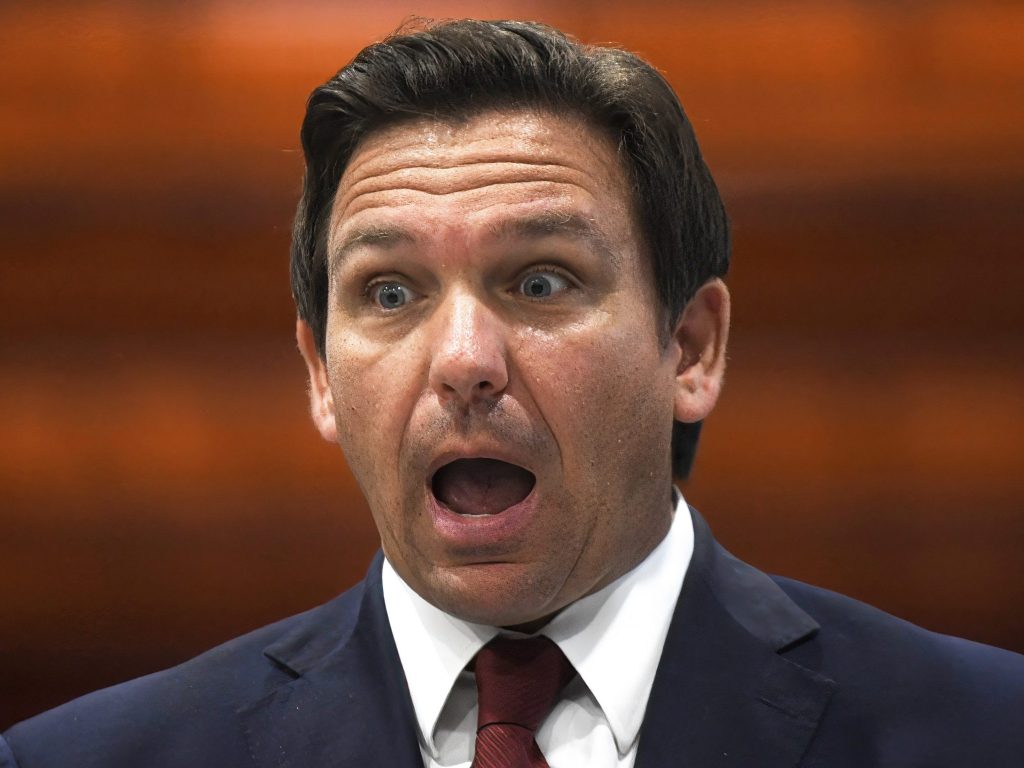 Florida Gov. Ron DeSantis threatened on Monday to fine cities and counties if they require their employees to get vaccinated.

DeSantis slammed the Biden administration’s vaccine mandate during a news conference in Florida’s Alachua County on September 13 and said he would fine county and city governments if they impose a vaccine mandate on their employees.

DeSantis said on Monday that Biden’s vaccine mandate — which requires employers with more than 100 employees to mandate vaccines — violates state law. The governor was likely referring to Florida Senate Bill 2006, a law that prohibits any business or government entity from requiring proof of COVID-19 vaccination.

“If a government agency in the state of Florida forces a vaccine as a condition for your employment, that violates Florida law, and you will face a $5,000 fine for every single violation,” DeSantis said at the news conference.

“So if you look at places here in Alachua County, like the city of Gainesville, I mean that’s millions and millions of dollars potentially in fines. Orange County — many, many more than that,” DeSantis said, adding that the vaccine is “not something that should be coerced on people.”

DeSantis told local broadcaster ClickOrlando News the rules and fines would kick in in “three days,” but did not elaborate on how he intends to impose these fines. DeSantis’ office did not immediately respond to a request for comment from Insider.

Some local government officials are already pushing back against DeSantis.

Speaking to Politico, Orange County Mayor Jerry Demings defended the vaccine mandate and said he would be prepared to challenge state actions in court.

“I’m not going to take actions that would adversely impact the safety of our community,” Demings told Politico. “Sometimes quite frankly, I question whether or not the governor really sees it that way. He may say that he does but I believe many of the decisions that he makes are purely politically motivated.”

Meanwhile, Gainesville City spokesperson Shelby Taylor told NBC Miami in an email that the city government stands by its decision to implement vaccine requirements for its employees.

“It is our belief that as an employer we retain the right to require vaccination as a condition of employment,” Taylor wrote.

The threat of fines for city governments is the Florida governor’s latest move against the Biden administration’s push for more measures to combat the spread of COVID-19. On July 31, he signed an executive order prohibiting mask mandates in Florida schools. And in August, DeSantis threatened to withhold the salaries of school board members who defy his mask ban.

Schools that chose to implement a mask mandate would run the risk of losing state funding, per the July 31 order. The governor’s order runs counter to advice from the US Centers for Disease Control and Prevention that students and staff alike should wear masks on campus.

Over the week ending September 13, Florida has been reporting a daily average of 15,606 cases, per The New York Times’ tracker. More than 77% of the adults over age 18 in Florida have received at least one dose of the COVID-19 vaccine, and 65.3% have been fully vaccinated. Florida is among five states that each has less than 10% of intensive care unit hospital beds available, per CNN.