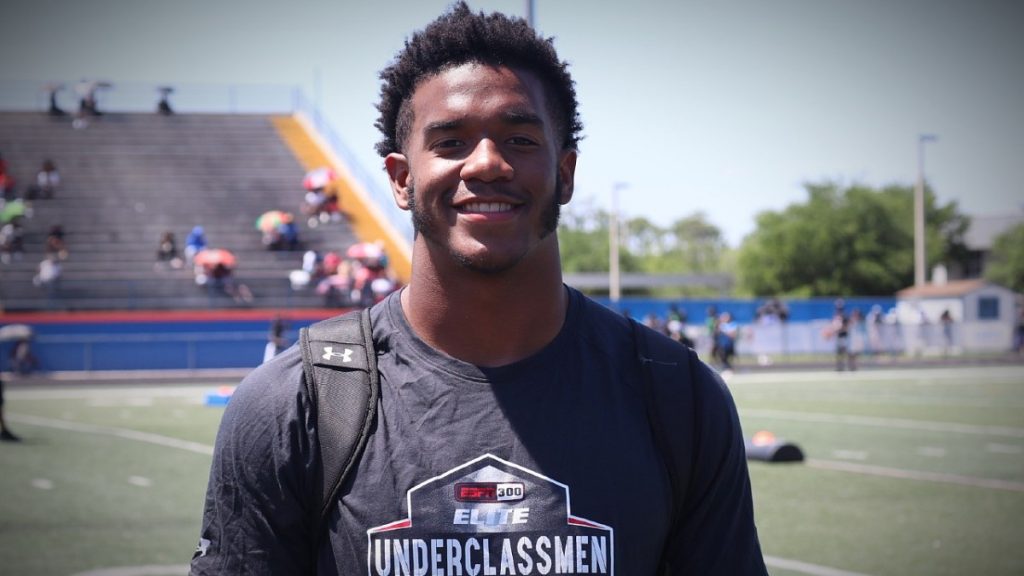 The Florida Gators will have to look elsewhere at its linebacker position as IMG Academy (Fla.) LB Jordan Hall has made his decision, opting to join the Michigan State Spartans ahead of the Florida Gators, among others.

Hall announced his commitment to the Spartans via social media earlier tonight, June 11, putting an end to recruitment by many teams looking to pursue him for the next few months before Early Signing Day and National Signing Day in December and early February, respectively.

Hall committed shortly following his official visit with the Spartans this weekend.

On June 1., Hall included Florida in his top five teams that he’s considering, including Michigan State, Michigan, North Carolina and Notre Dame. Given that Florida was the only SEC team among the group, the idea that Florida was high on his consideration list shouldn’t have come as a surprise.

Hall actually took part in an official visit the weekend of June 6., adding that he felt great about the school, visiting it four times in total over the recruiting cycle. He also had an opportunity for the first time to showcase the program to his family.

“I really feel like they liked it, they enjoyed themselves,” Hall said at the time. “They liked the people that they met. Florida, they’ve done a really good job, showing great hospitality, making us feel very welcome. I enjoyed myself, and I think they did also.”

Hall was set to visit three teams following his Michigan State visit. He had plans to visit Michigan (June 14-16), Notre Dame (June 17-19) and North Carolina (June 24-26). It appears that much has changed and he’s made up his mind, not in need of taking other visits at this time.

Stay tuned to AllGators for continuous coverage of Florida Gators football, basketball and recruiting. Follow along on social media at @SI_AllGators on Twitter and AllGators.com on FanNation-Sports Illustrated on Facebook.